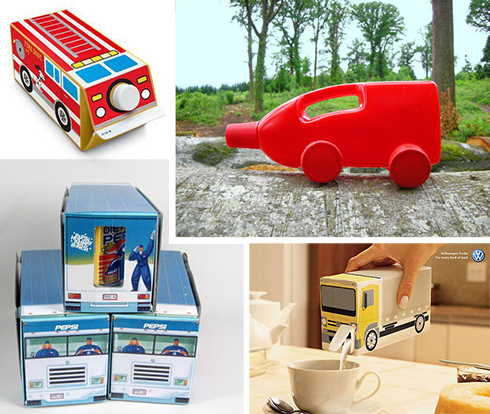 Truckaging: packaging designed to resemble a truck.
(A subset of vehicular packaging)

We got us a convoy of four examples: 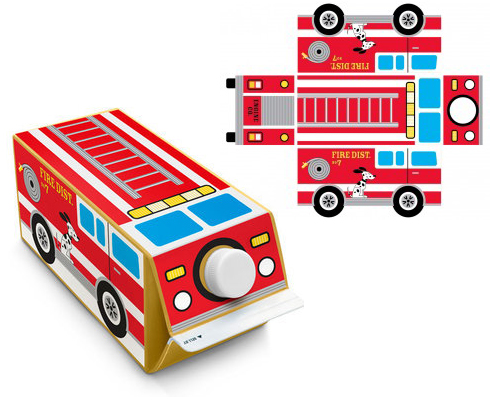 1. Box Play for Kids sells stickers that turn empty packages into toy trucks. (Among other things.) 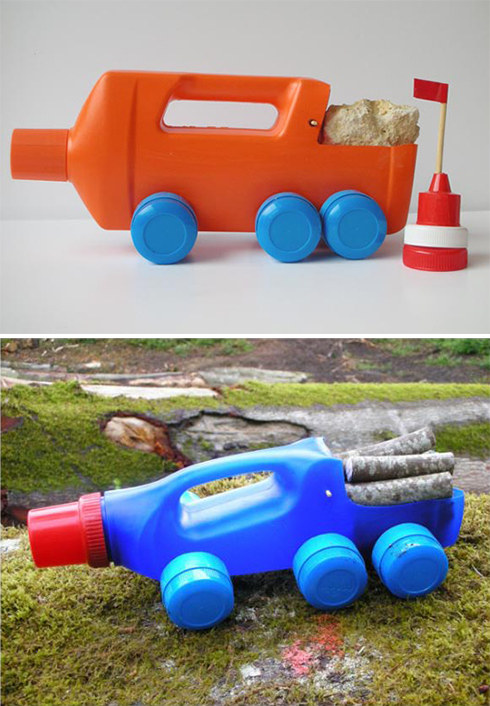 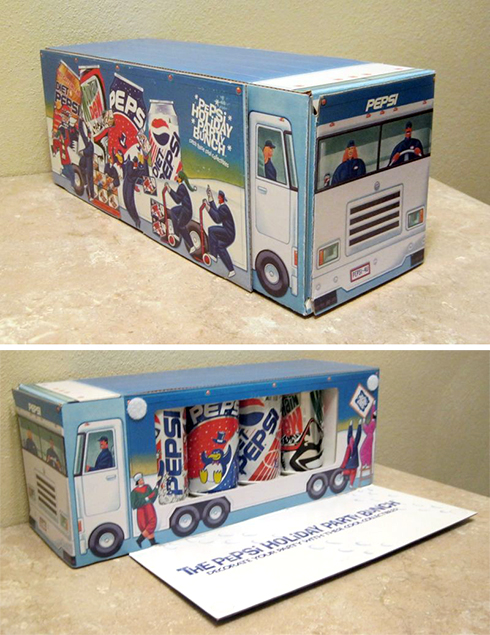 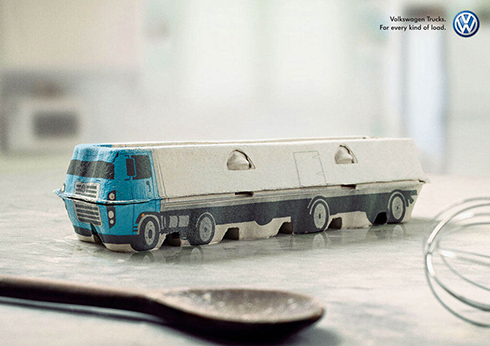 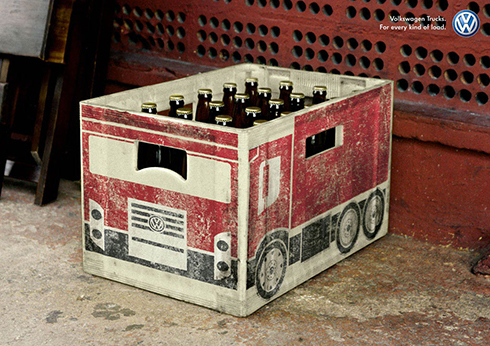 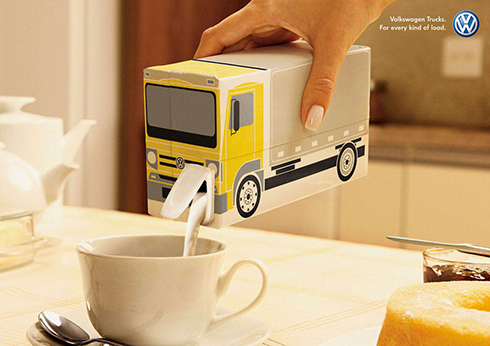 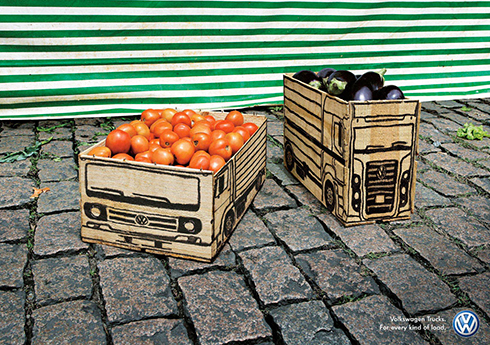 4. In a 2008 billboard campaign for Volkswagen trucks, advertising agency Almap BBDO Comunicações used a series of imaginary, truck-shaped packages to convey the idea that goods could be trucked in Volkswagen brand vehicles. The VW packages included an egg carton, a beer crate, a Tetra Brick milk carton and 2 fruit crates. (via: I Believe in Adv)