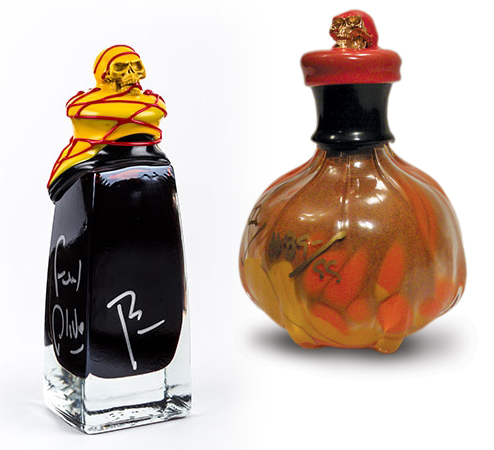 In observance of the holiday we call, Halloween, I thought we’d look at the outlandishly bottled Blair’s Reserve Collection of concentrated hot sauce extracts with their elaborate, skull-festooned wax seals. 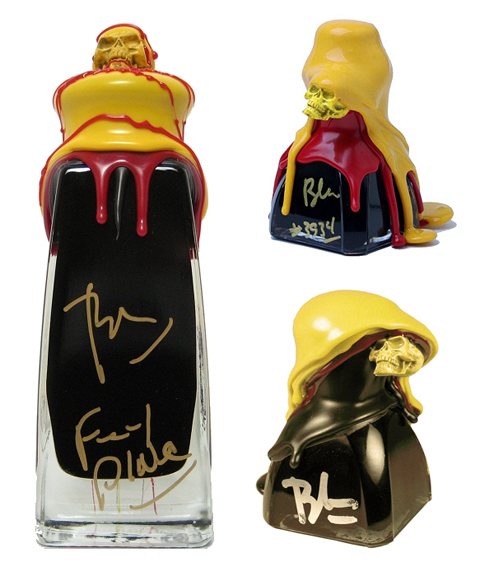 We’ve looked at other trademark wax-sealed bottles (like Maker’s Mark), but Blair Lazar’s vision is singular and idiosyncratic.

There’s also something sort of anthropomorphic/post-mortem about these bottles with skulls for heads, which is in keeping with Blair’s hot-sauce-as-death-wish branding.

(More about Blair’s Reserve Collection packaging design, after the fold..) 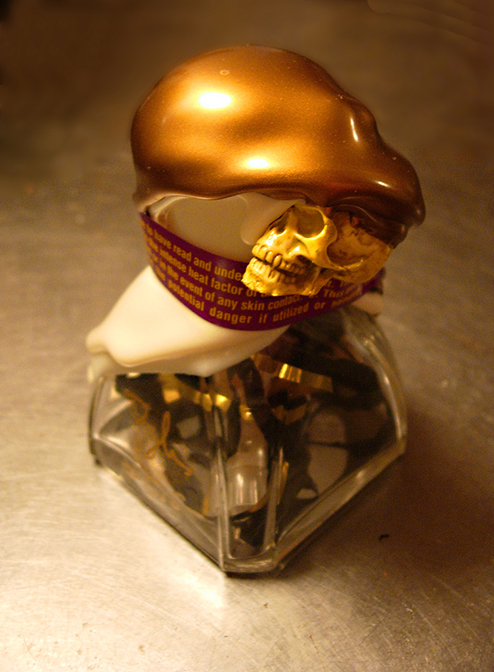 Small wonder that they’ve generated a fan-base of collectors willing to pay a premium to acquire multiple incarnations of this signed, limited-edition product…

Blair’s Reserve Collection includes a selection of award-winning, limited-edition, hand-crafted, signed and numbered bottles. Each Reserve edition commemorates a significant event or experience, beginning with the “A.M.” series noted above. This series originated in the early 1990s when Lazar was bartending on the Jersey Shore. Patrons wanting to stay past the 2 am closing time were dared to try “Blair’s Wings of Death”, made with Blair’s Original Death Sauce. Anyone who survived could stay as long as they wanted, thus, giving rise to the remaining items in the “A.M.” series (e.g., 3am, 4am, 5am, and 6am Reserves). Other significant reserves include “Caldera,” “Blair’s Holiday Reserve,” “Blair’s Halloween Reserve,” and “the Firecracker 500 Reserve.” All but the 2am and 3am reserves are completely sold-out and are shown in Blair’s vault. Collectors have been known to resell their reserve bottles for extremely high sums as per the Blair’s website quoting “It has been reported to us that a bottle has recently (late 2004) sold for $5450 (sold in a private sale to a buyer in Europe).”

from Wikipedia’s entry on Blair’s Sauces and Snacks 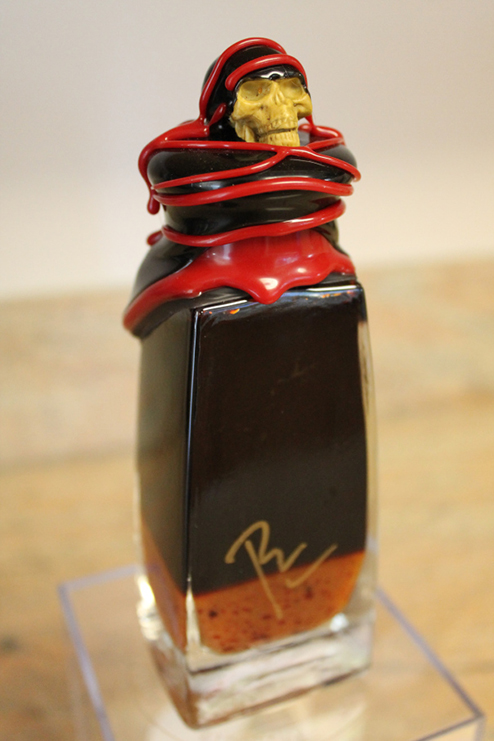 photo from: Seasoning and Salt