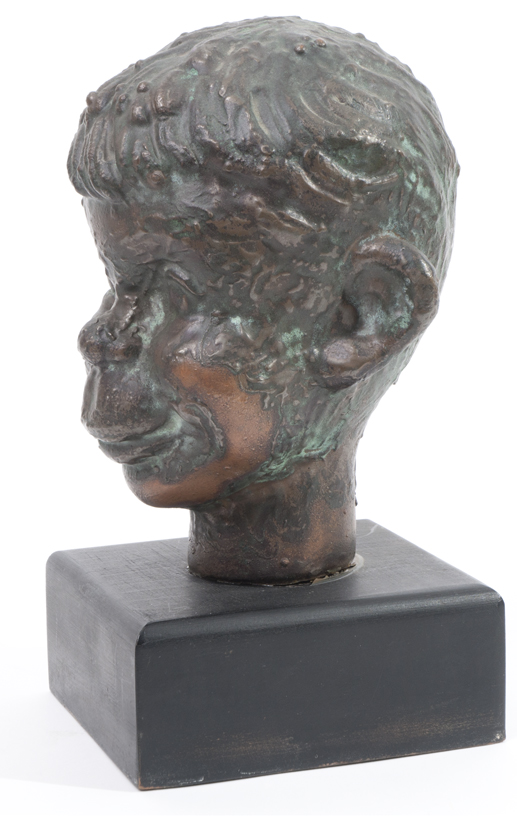 It all started with this bronze head. (An enigmatic Christmas gift from my brother that he picked up at an auction somewhere.)

A serious commitment of permanent bronze to an ephemeral cartoon head. At least, I thought this looked like a cartoon character. Or maybe a product mascot? Clearly, I needed to find out exactly whose head this was.

Howdy Doody? No. Buster Brown? No. Alfred E. Neuman? No.

“Juro Novelties” I learned was a manufacturer of ventriloquist dolls so I’m thinking they must have made this cast metal head, and the face must be one of the popular dummies that they manufactured.

The only Columbia Pictures picture I could find, that had anything to do with ventriloquists, was released in 1960: “Stop, Look & Laugh.” This movie features the Three Stooges and ventriloquist, Paul Winchell who used two dummies: Jerry Mahoney and Knucklehead Smiff. Of those two characters, I think the one that our “Juro Creation” head most closely resembles is Jerry Mahoney. 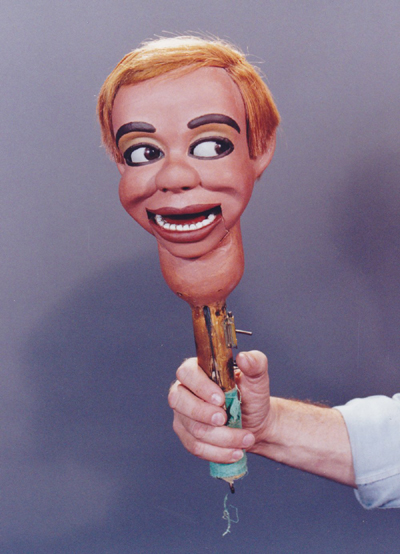 The ad above right shows the product packaged as a “Juro Celebrity Doll” in a cardboard carrying case, printed with a faux leather pattern to resemble a suitcase… 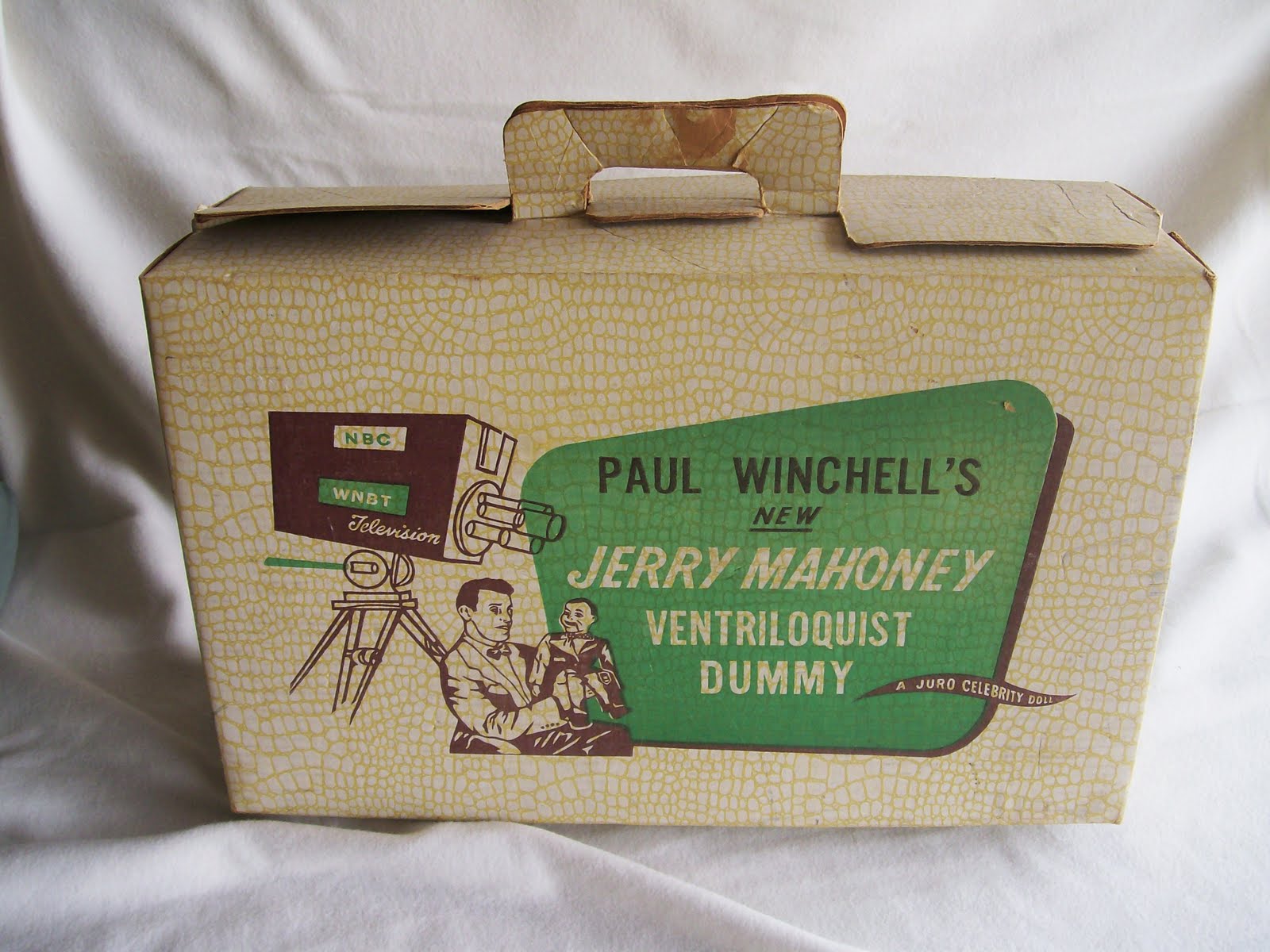 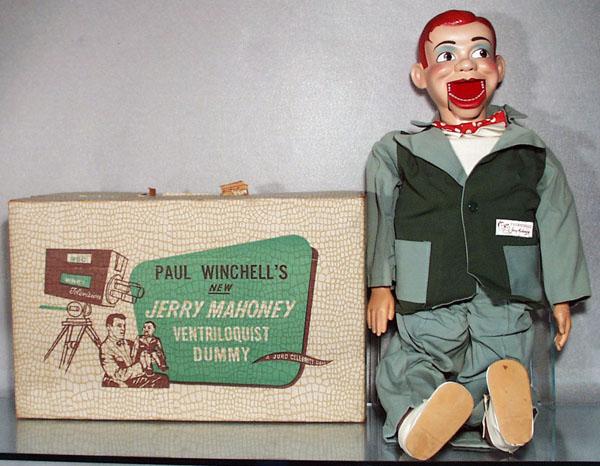 Happily, the bronze Jerry Mahoney head know when to keep his mouth shut.