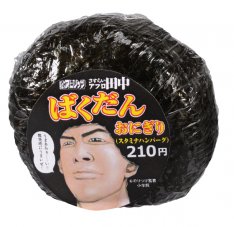 When I first saw the “Black Melon Bread” snack bag (on Packaging Uqam) I liked its afro-shaped window, but I wondered (as did Karen Halliburton) whether there wasn’t something mockingly racist about it. Looking into it further, I learned that it’s actually a tie-in product to the manga character known as “Afro Tanaka” (film coming soon) and that there’s another similarly packaged “Afro Tanaka Onigiri Bomb” (on right).

The next thing I wondered about was whether there were other non sequitur “hair products” out there—products that had nothing to do with hair or hair care, but whose package design makes the product look like hair (or a hairstyle). Ogilvy & Mather’s “Rellana Hair” yarn packaging from 2009 (below, left) is a good example. 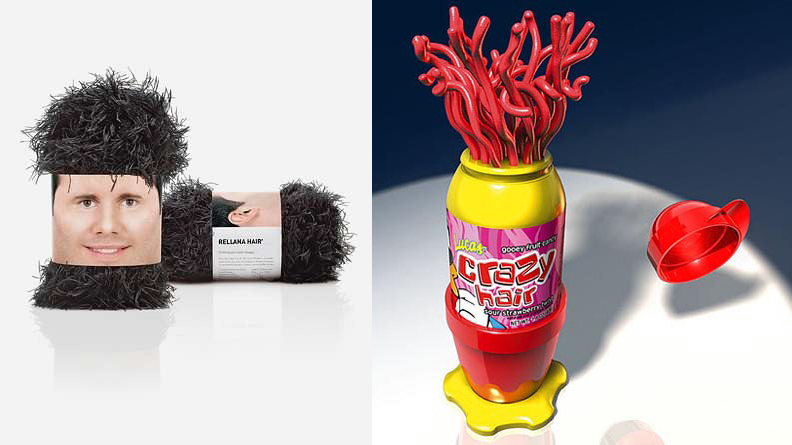 Lucas “Crazy Hair” candy is another example. (The illustration above, right is by Leonello Calvetti) A hat-shaped cap makes this extruding candy package vaguely anthropomorphic. With or without a hat, this really looks more like a jar growing out of a planter, than a person growing hair, but the package does extrude candy hair. 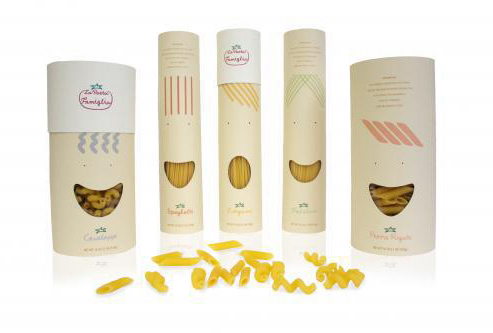 I was thinking that spaghetti was another likely metaphor for hair. (Or is hair the metaphor for spaghetti?) Looking for an example of that, I found Jaeyoung Ha’s “La Pasta Famiglia”—also anthropomorphic. (and with mouth-shaped die-cut windows) Here, different pasta shapes dictate the hairstyles for each of the family members. (See also: Our Family of Products)

(One more example of non-sequitur hair-style package-design, after the fold…) 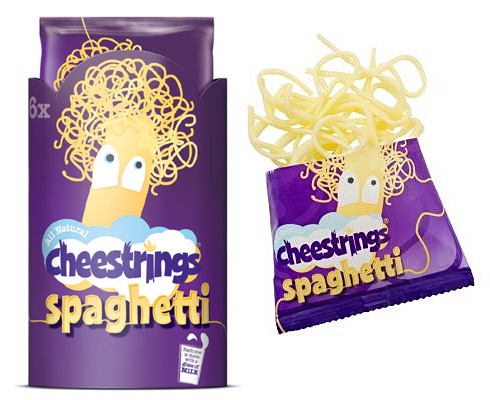 Cheesestrings made to resemble to spaghetti which also resembles hair. (Package design by JKR.)