The Twix logo above was originally hand-drawn by Adell Crump, using a (non-digital) felt-tip pen.

According to his 1971 profile in Ebony Magazine, Crump started with Dickens Design Group as a designer and art director around 1968.

By 1985, the firm had promoted him to senior VP and creative director of the entire studio.

Comparing Crump’s Twix logo to the prior and subsequent versions, I reckon his design remains a high-water mark for the brand.

Some sources cite Crump’s version as the launch of the brand in the U.S. In the U.K., Mars had been selling Twix (with a different logo) since 1967.

I have seen evidence, however, of another Twix logo existing in the U.S. as early as 1977…

This earlier version of the logo has nowhere near the same panache as Crump’s 1979 version. (In my humble opinion.) 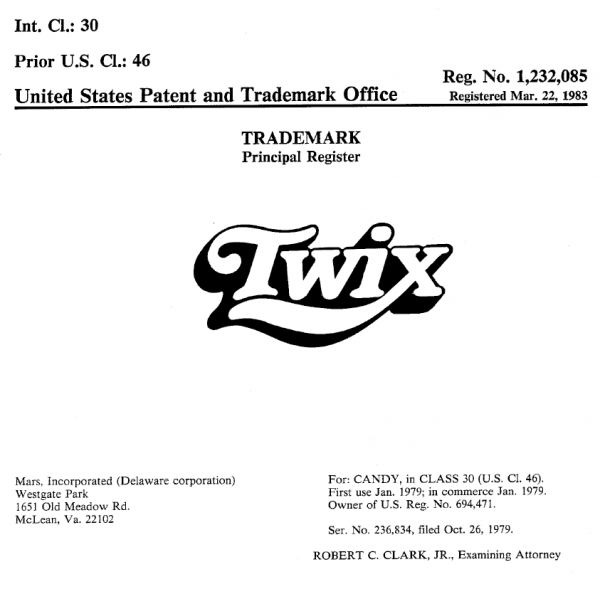 Mars changed the Trix trademark quite a bit over the years. And yet, none of these later logos have been as stylish or as cohesive as the one Crump had originally designed.

In the 1979 commercial they filmed a version of the wrapper in which Crump’s logo has no tagline type in the swash.

Of the two tag-lines, I prefer the “Cookie Bars” version. The longer phrase fits more nicely into the swash. And why on earth isn’t “Twin Bar” plural?

But for all its perfection, Mars very quickly changed their new Twix logo.

First they amputated the X swash, allowing the T swash to atrophy.

Note: We’ve been in touch with Mr. Crump and he explained that the “reason they changed the logo was that they [Mars] down sized the candy bar so they wanted the packaging to look bigger. They were trying to emphasize the twin bars in one package to make up for the smaller bars.”

Eventually they [not Dickens Design Group] added some extra gimcrackery: a “pause” button dot to the “i”. A clever idea, perhaps, in that the symbol could also symbolize the “twin bar” product, but not very well executed, I don’t think. (See also: SchokoPause)

They say the Twix brand was first launched in 1967 in the UK. Looking at U.S. trademark filings, however, I found an even earlier usage… 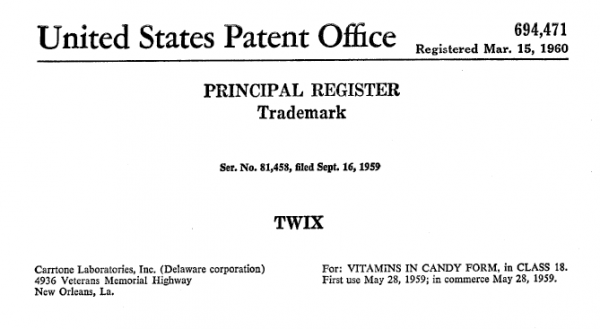 It turns out, that the Twix brand was originally conceived as a candy vitamin. Mars, Incorporated and Carrtone Laboratories, Inc. partnered together and registered (what appears to be) the first Twix trademark in 1959.

Together, they manufactured 3 types of Twix candy vitamins:

The Mars/Carrtone partnership did not last long, however. Probably this was because Carrtone found itself at the center of a 1960s pharmaceutical scandal.

In 1964, Senator Phillip A. Hart (of Michigan) headed the Subcommittee on Antitrust and Monopoly. They held hearings about conflicts of interest in “Physician Ownership in Pharmacies and Drug Companies.”

In these hearings, Carrtone Laboratories was revealed to be aggressively exploiting such conflicts of interest. 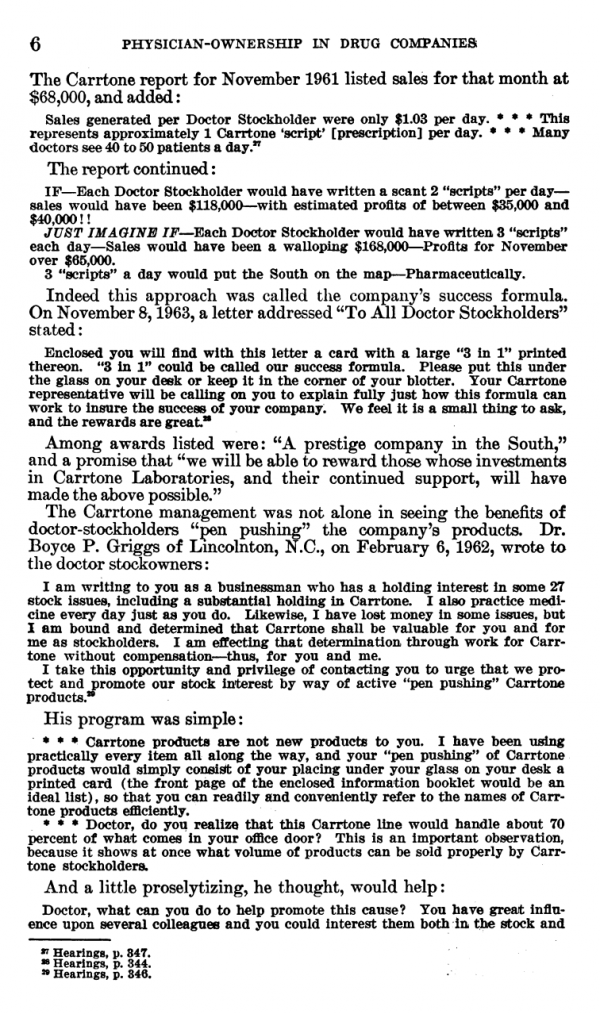 I wish I could have found an example of the Twix candy/vitamins packaging. I imagine these were fairly generic labels, since these were pharmaceutical, rather than over-the-counter products. (See also: Medicine Cabinet Candy)

It’s doubtful, however, Dickens Design Group had anything to do with the early “candy vitamins” chapter of the Twix brand story. Although, coincidentally, Robert Sidney Dickens did testify before another of Senator Hart’s subcommittees around that same time. (More about that later.) 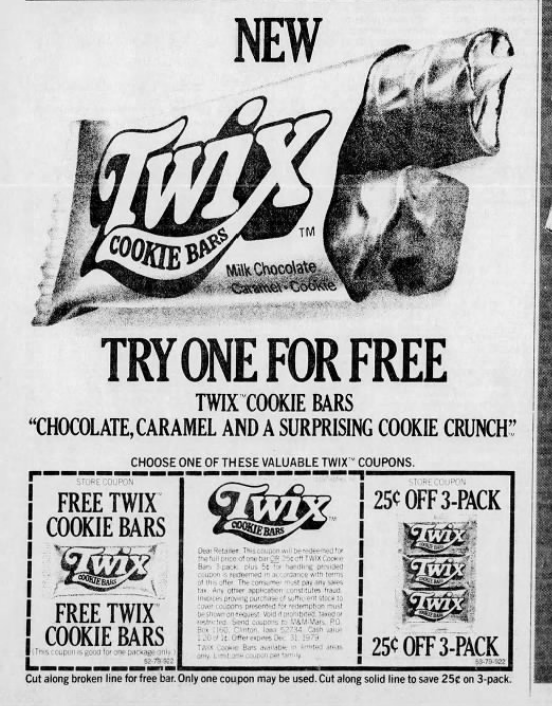