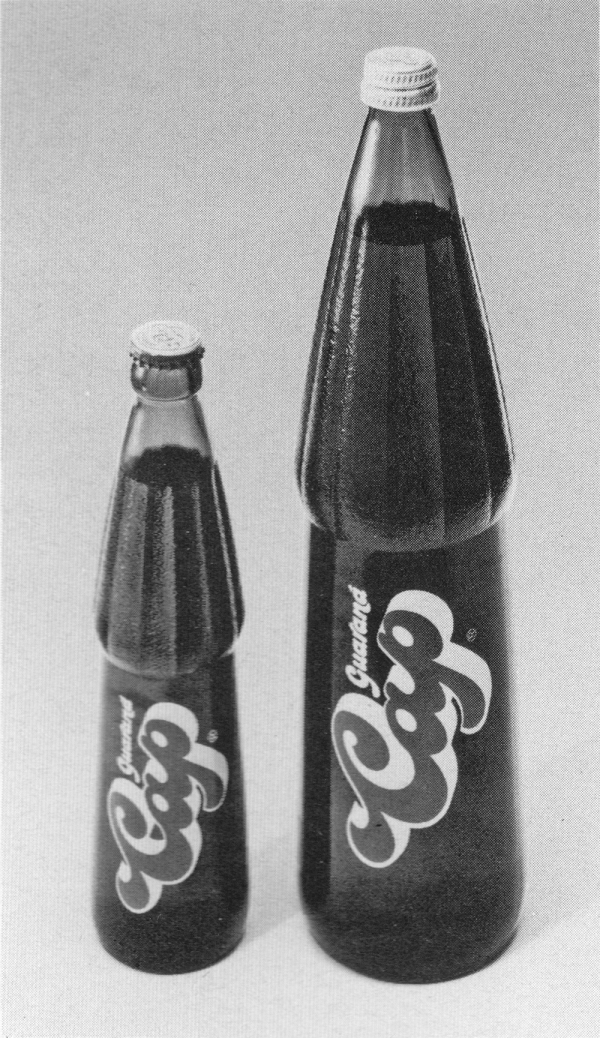 These soda bottles are the work of Swiss designer Gabriel Humair. The photo above was published in the 1984 Graphics Packaging 4.

Return bottles for a soft drink. Forceful logotype in red and white, applied directly to the bottle by silk screen printing. (SWI) 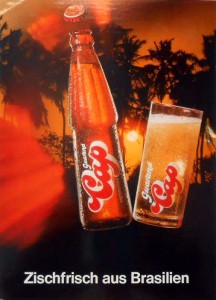 More widely known for poster design, Humair designed a number of posters for beverage companies. This foray into package design may be one of his few.

The typography was probably still modern and bracing for its time: the word “Cap” set large and sideways in a block/shadow/script font. Now it looks very vintage, circa 1970s.

Despite publicity, Guaraná Cap does not appear to have been sold in these bottles for very long. A trademark filing shows a similar logo with “Antarctica” as an added suffix and later versions of the beverage no longer include the word “Cap.”

Not sure what “Cap” actually meant in this context. Bottle caps? “Cap” with a capital C?  It’s hard to tell from the photos, but I assume that the “Cap” brand logo was printed on the bottle’s cap.

I would have like to have found a photo of one of those caps, because that would have been kinda self-referential. (See also: “Brand” is the brand name and Logo Brand logos)

(Some related Guaraná Cap artifacts and more of Gabriel Humair’s design work, after the fold…) 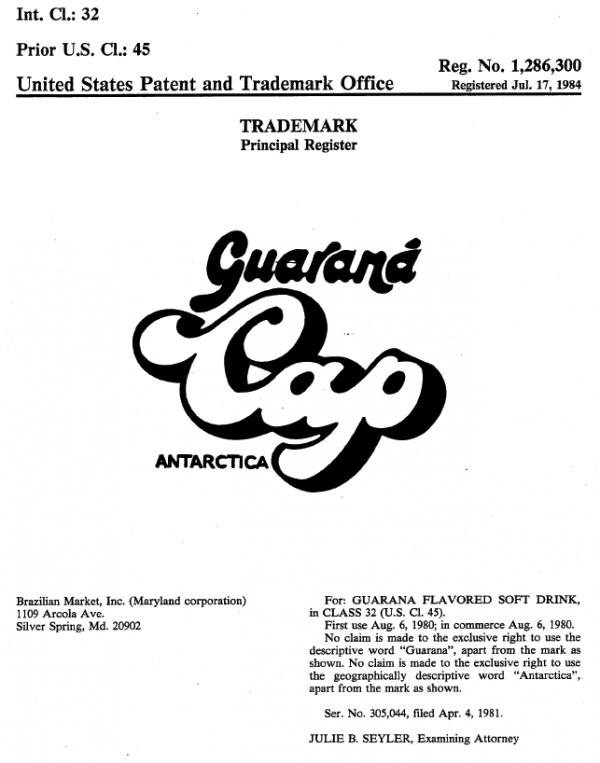 The trademark document above and the coaster below show Humair’s logo with the name “Antarctica” added to the bottom. 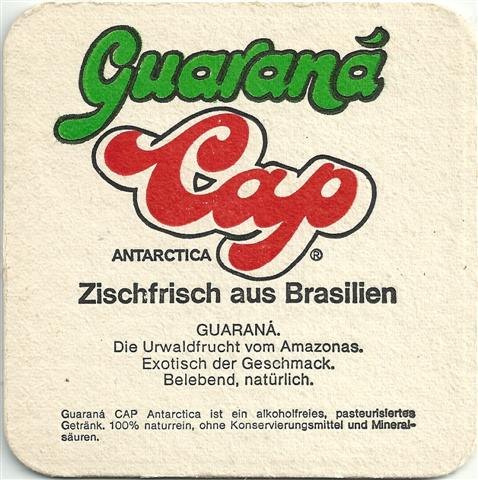 3 of Gabriel Humair’s posters for Cardinal 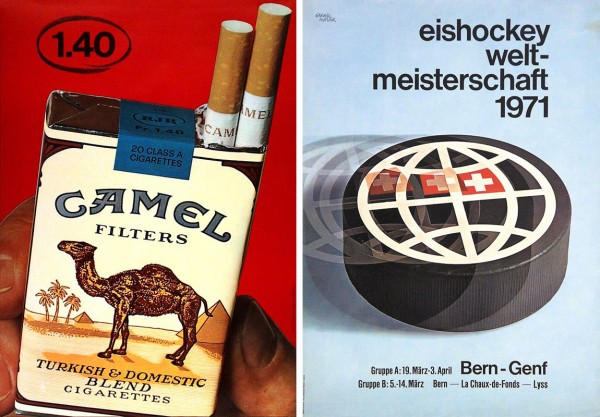 2 more posters by Gabiel Humair: 1968 poster for Camel cigarettes and one for ice hockey