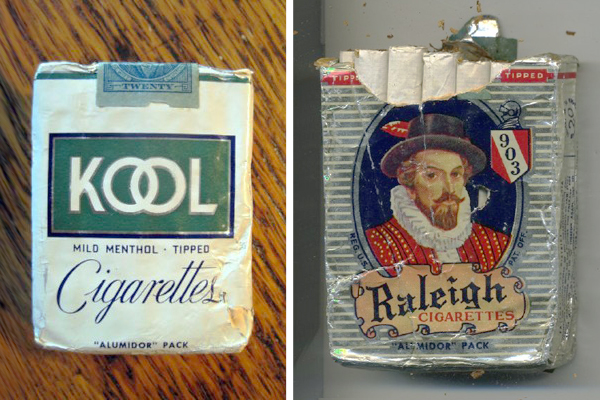 Okay, I know that I promised that “day 9” would be that last post of “Reynolds Wrap Packaging Week”. And yet, here I am writing yet another post about Reynolds Wrap packaging. Sorry.

Perhaps, I am being an unreliable narrator.

But, you know how rock bands will nearly always do an encore? Even when playing to a lukewarm reception of tepid applause? Well, this is sort of like that. 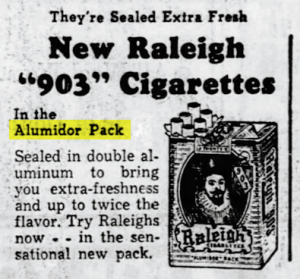 In 1948 Reynolds Wrap created an all-aluminum cigarette pack that Brown & Williamson tobacco test marketed in Detroit. They packaged Kool and Raleigh cigarettes in the new “revolutionary” packaging. The Reynolds Metals company called it their “Ply-Seal Pak.” Brown & Williamson, however, gave the pack a different name. They called it the “Alumidor” Pack — a hybrid of the words “aluminum” and “humidor.”

Brown & Williamson Tobacco Corp. brought out its Raleigh cigarettes in a shiny new aluminum foil package, now being tried out in Detroit. The pack, stronger and more moisture-proof than paper, was developed by Reynolds Metals Co. Raleigh hopes to offset the higher material cost by production savings in wrapping the single-sheet unit.

Newest thing in cigarette packaging is the Ply-Seal Pak developed by Reynolds Metals for Raleigh 903’s. The Pak, a single composite sheet of aluminum foil mounted on either side of paper, eliminates both cellophane and paper liners, affords twice the moisture retention of the old wrapper.

Reynolds touted the new package as “revolutionary” since it dispensed with the need for cellophane. They also promoted its collapsibility, since smokers could pinch the foil pack into ever smaller sizes.

More about the pros and cons of the “Ply-Seal” Alumidor pack, after the fold. 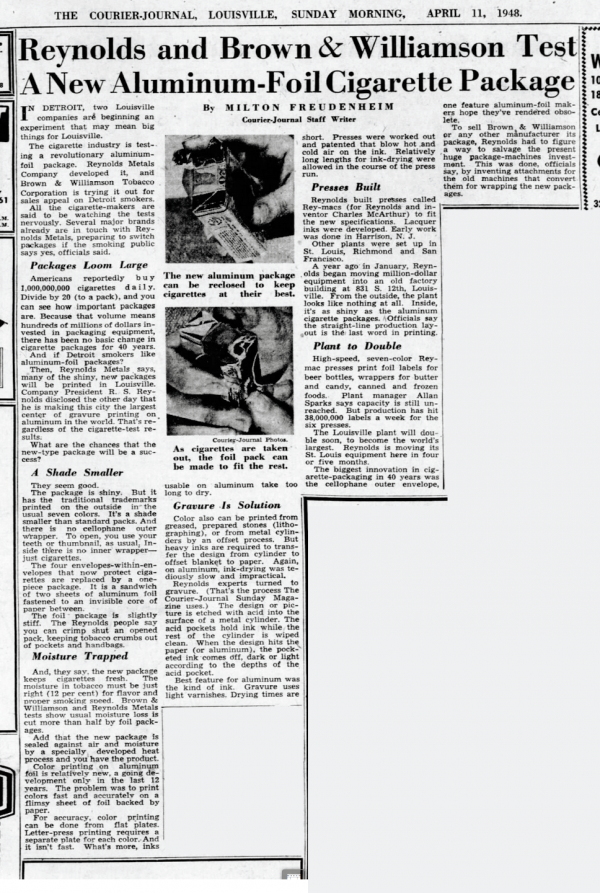 Some of the early reports about the new Ply-Seal/Alumidor packs were largely hype. Modern Packaging magazine, for example, published a very positive article about the test marketing of the new packs, making it seem as if the new packs were selling well.

“the company has shipped out something like 50,000,000 cigarettes in the new aluminum packages and wherever they have been received, the reaction to the new package has been favorable” 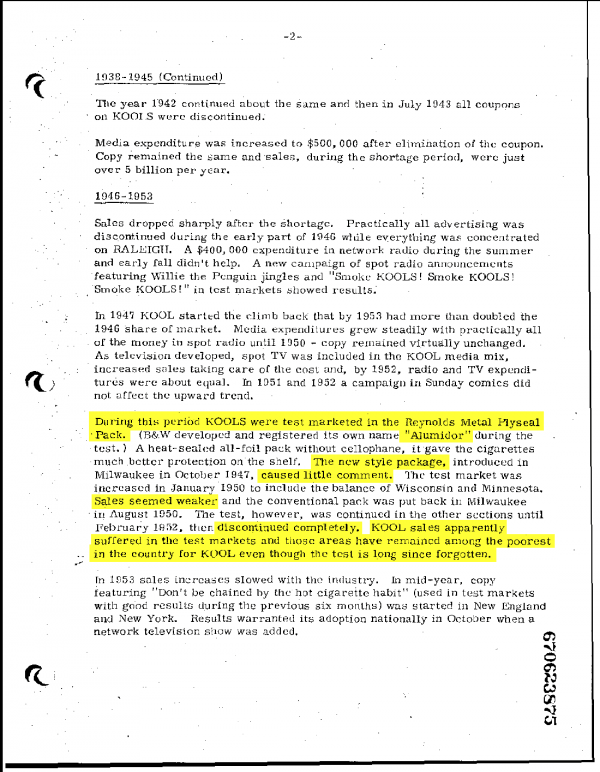 KOOL sales apparently suffered in the test markets and those areas have remained among the poorest in the country for KOOL even though the test is long since forgotten.

While many manufacturers began to wrap the entire package in cellophane, Brown & Williamson tried something special for Kool. The company borrowed Reynolds’ Metal Plyseal Pack, a heat-sealed foil pack that did not require cellophane. But test marketing of the package in Wisconsin and Minnesota where, presumably, shelf lives were longest, proved unsuccessful. 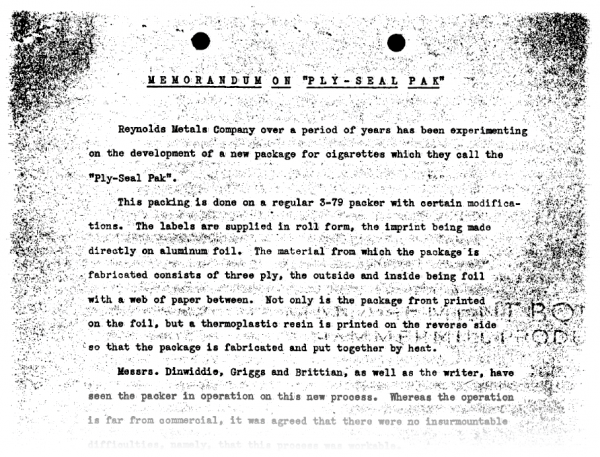 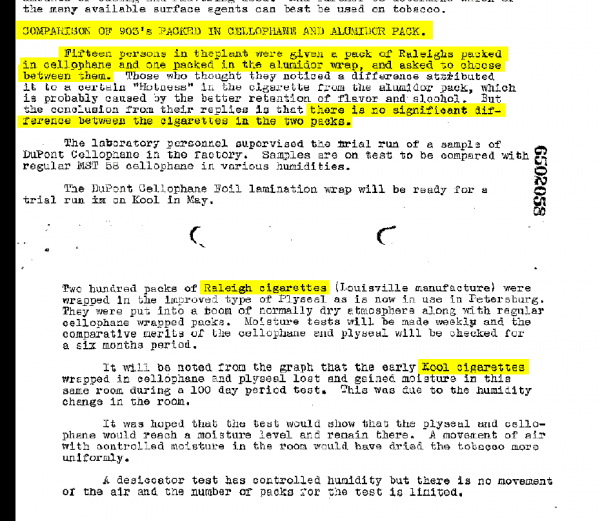 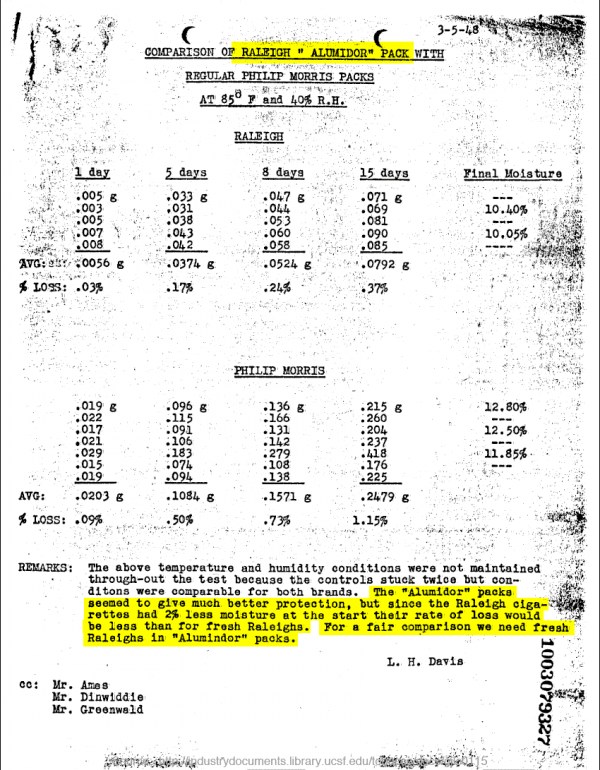 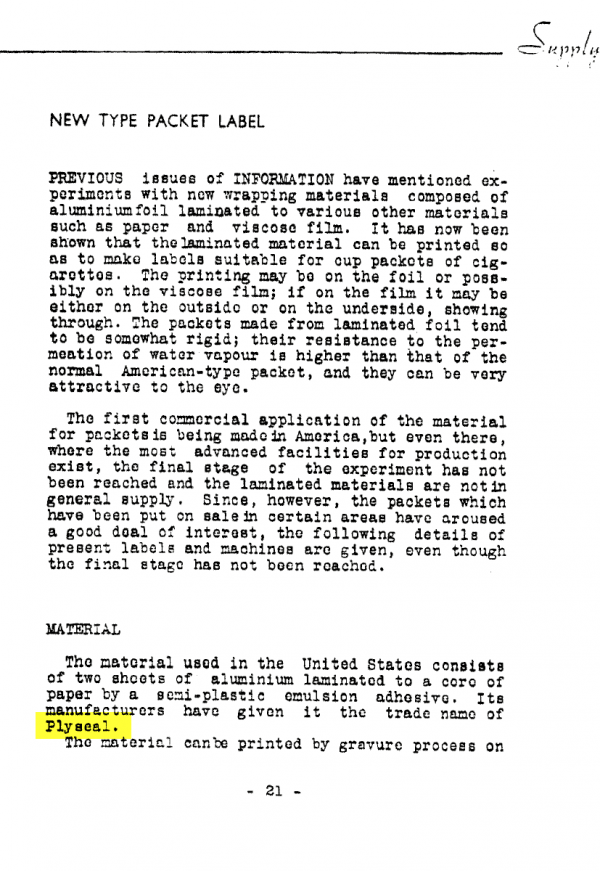 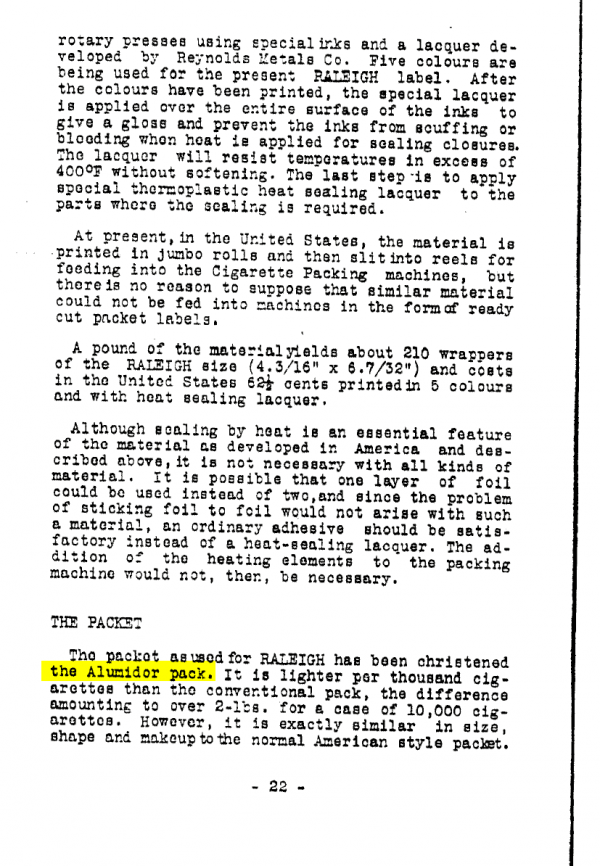 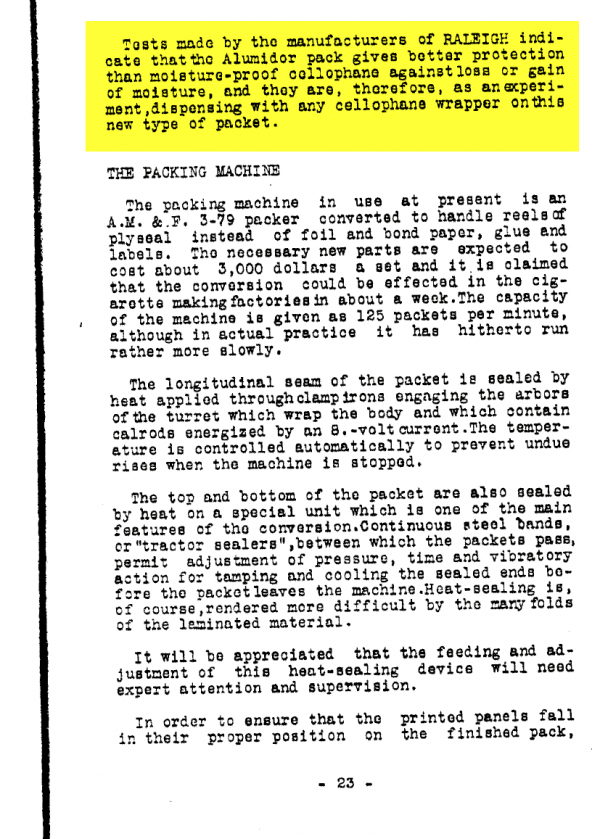 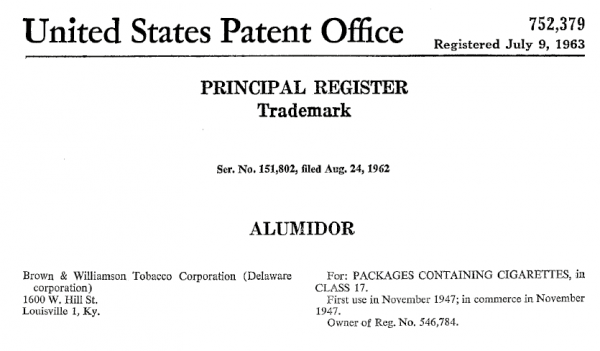 Still, the companies did not give up on the concept. They tried again in 1963 with a test market launch of Coronet cigarettes in a new and improved “Alumidor” pack.