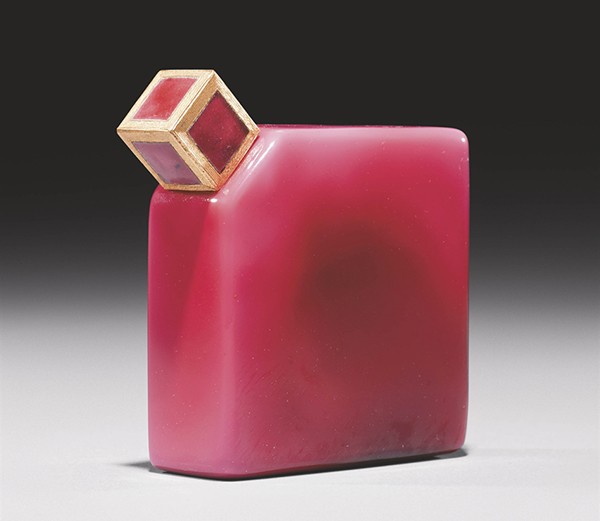 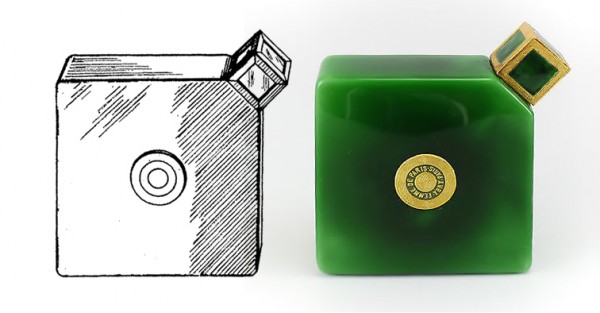 Simon Jarosslawski, a respected ‘nose’ in the perfume industry, was a pioneering figure designing his bottles in a modern abstract geometric style. He held very strong artistic views. He created perfumes for the emancipated young women of the era. A distinguishing and characterizing feature of Ybry are the modern geometrical bottles. Ybry also had an office in New York City. Ybry perfumes were advertised as being “the most expensive in the world“. During the Great Depression the unemployment and panic in the United States was to have a chilling effect on the fortunes of the French luxury trades. The production costs of the prestigious and luxurious Ybry creations weakened the financial position of the company and Simon Jaroslawski went into personal bankruptcy in 1932.

-from Wikipedia’s entry on Ybry

Although patented in 1926 (10 years before the Nazi’s Wehrmacht kanister was developed), Simon A. Jaroslawski’s geometric bottles are occasionally compared to “Jerry cans.”

(More about that, after the fold…) 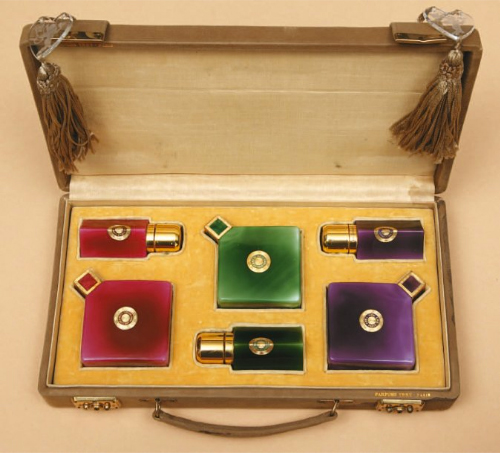