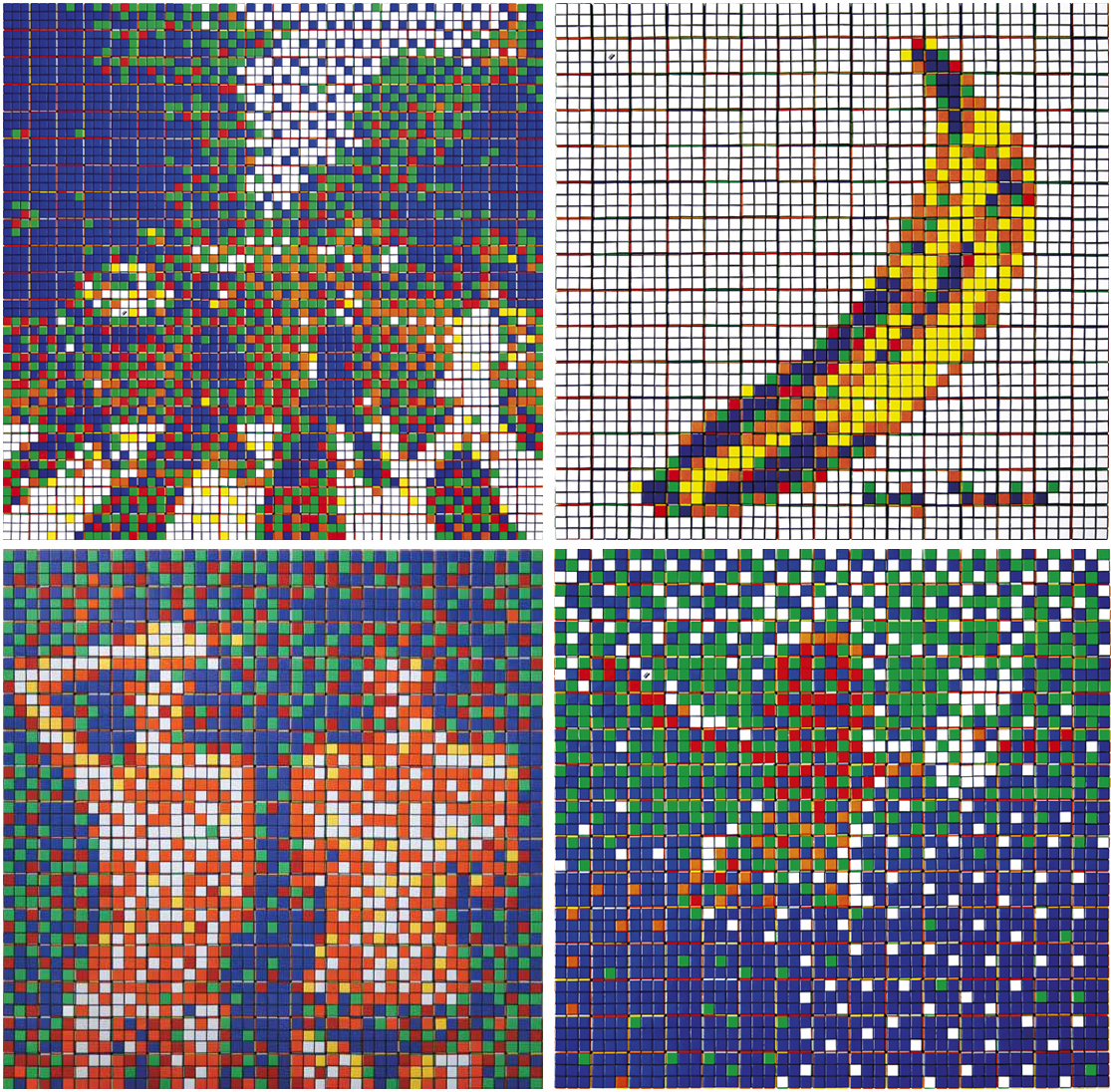 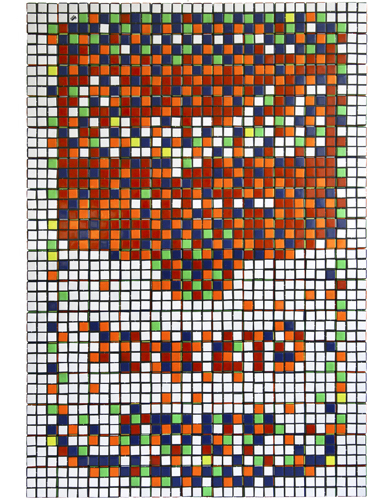 The album cover mosaics, above, and Campbell’s Soup can2, on right, are actually assemblages of Rubik’s cubes. (See: Rubikcubism)

Like Space Invaders, the Rubik’s Cube is an 80s game made from colored squares.  It’s a fascinating object, as it’s both extremely simple and extremely complex. Did you know there are over 43 billion possible permutations for a Rubik’s Cube? I use the Rubik's Cube like an artist uses paint. I like the idea that it wasn’t intended to be used this way, and that ultimately it works really well.

For me, the bitmapped album covers, easiest to decipher, are those that I’m familiar with—that I actually owned and listened to. (Above: Abbey Road, The Velvet Underground & Nico, Country Life, and Nevermind) They simultaneously hark back to the obsolete, orphaned medium of vinyl records, while more closely resembling a low-res iTunes thumbnail.

But it’s not all conceptual post-digital pointillism. This work also flaunts an impressive mastery of Rubik’s cube moves as shown in the video below. (Please note: the opening shot…)

(Another photo & footnoted digressions, after the fold….) 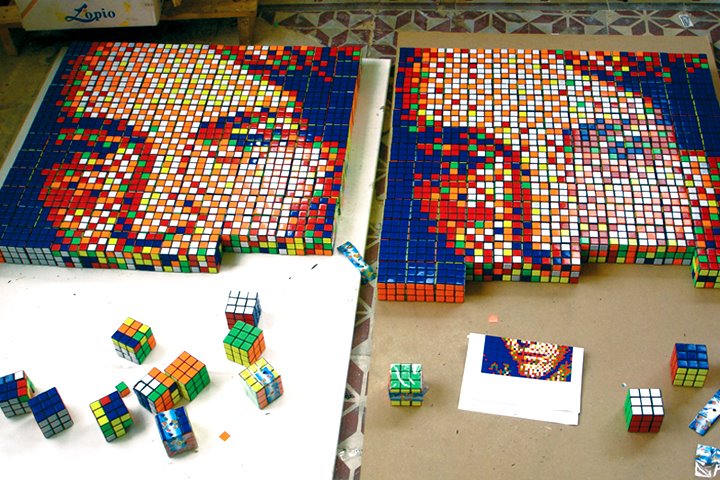