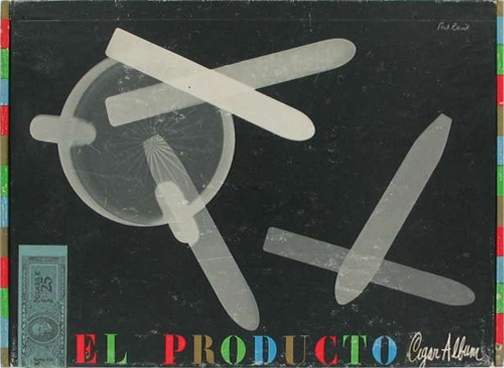 I don’t smoke, but I don’t let that stop me from indulging in some “tobacciana” from time to time. (Reading about the history and packaging of tobacco.)  My great aunt, Sarah Augusta Dickson, was the first curator for the George Arents Collection on Tobacco at The New York Public Library. (Arents, besides being the heir to the American Tobacco Company, was an avid book collector, my great-aunt’s boss and a race car driver, but that’s another story…)

Getting back to the tobacciana at hand… I especially don’t smoke cigars, but I’ve recently spent some time taking in the early cigar packaging at the The National Cigar Museum’s website. Although their collection represents a history of product packaging for one specific industry, so much of what they have shows the overall graphic design trends of the times.

Paul Rand’s 1954 cigar box (above) is a good example. Graphic and to-the-point with a photogram of cigars and an ash tray. No borrowed interest with eye-catching, but irrelevant other subjects here!

But the Cigar Museum’s web site has a wealth of other images and information dating from the 1800’s on. Lots of vintage illustration and Victorian typography.

(there’s more, not to inhale, after the jump…) 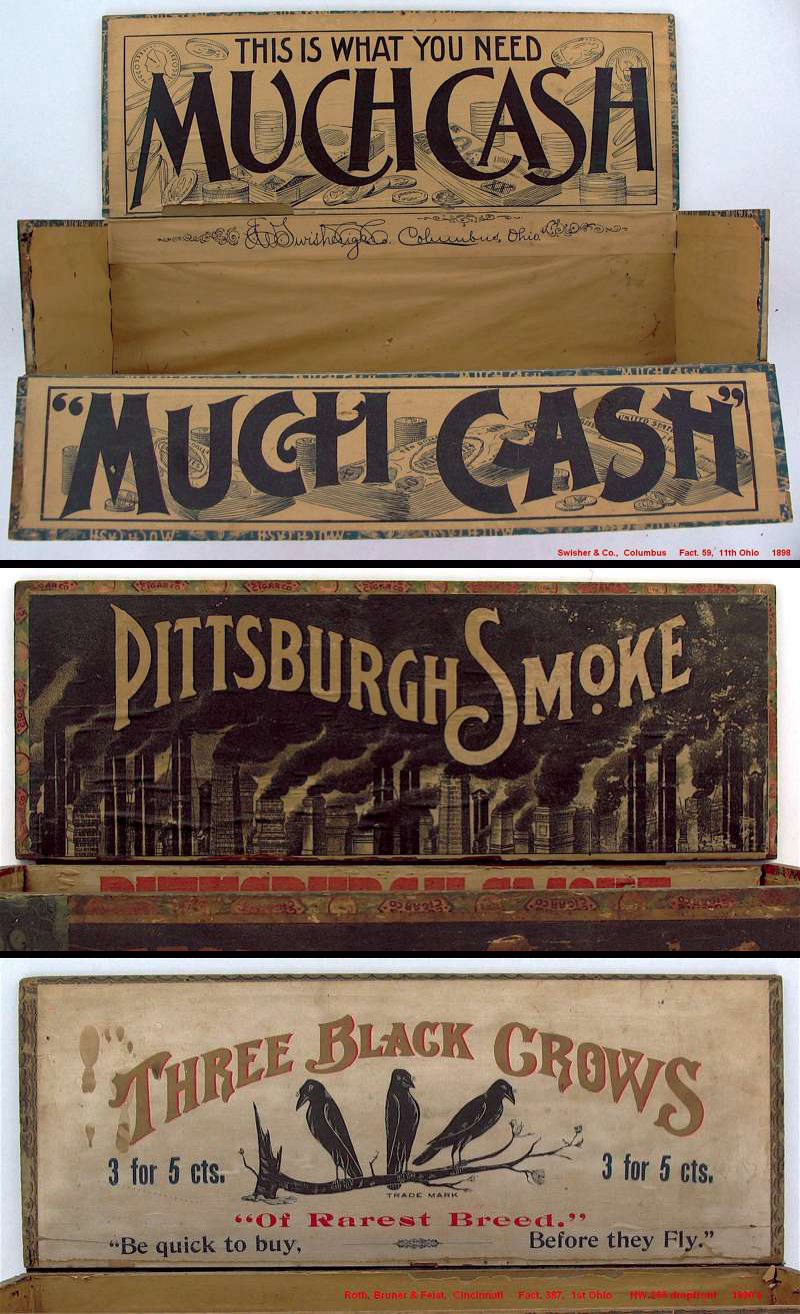 About the yellow tin on the right… Long, declarative product names apparently did not begin with “Gee, your Hair Smells Terrific!” (The yellow tin contained a cigar brand named: “There’s a Reason Some Smoke Tango Panetellas”)

Another form of novelty cigar packaging were boxes made to look like books. From the 1936 cigar box on the far left, we might safely conclude that distributing “goody bags” to convention delegates was not a just a recent practice.

The 1913 cigar box on the right is interesting because it takes as its graphic theme a popular collecting/hobby activity of that time: decoupage using cigar bands. (a package about packaging)