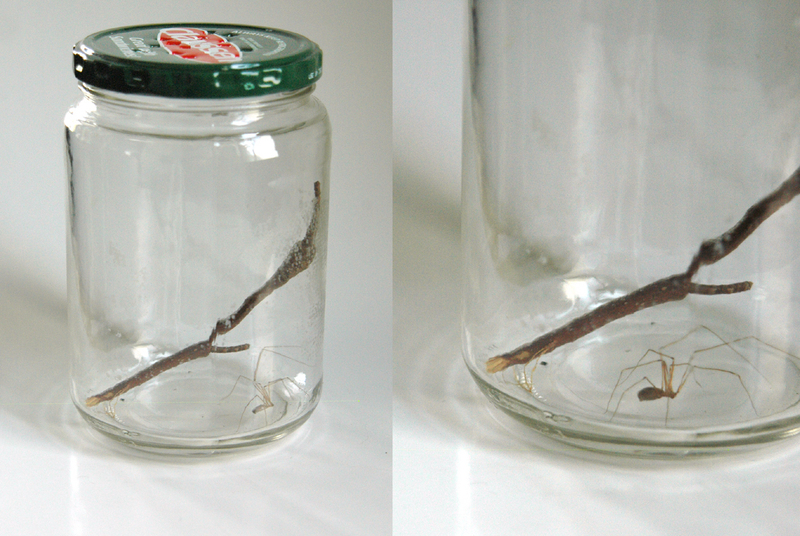 When I was in 5th grade my mom encouraged me in a small study of spiders. We had discovered a mother spider and her egg sac somewhere in or around our house. We made a jar like the one shown above with air holes hammered into the lid. Mother spider and egg sac were captured and placed in the jar.

Everyday I would check the jar to see whether the blessed event had yet occurred. I don’t remember what was done about food and water. Perhaps my mom was handling that.

One day I picked up the jar to see if the eggs had finally hatched and it took me a few moments to comprehend that the babies had indeed hatched out. They were much more numerous and much smaller than I ever expected. So small, in fact, that they had no trouble fitting through the air holes in the top of the jar and were at that moment crawling all over my hand!  Realizing this, I screamed and dropped the jar. Habitat, smashed to pieces on the kitchen floor.

(After the jump: tiny spiders) 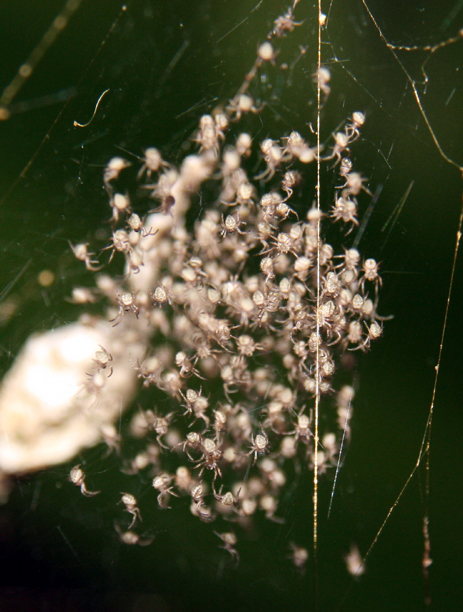 I’m sorry to say that the challenging task of cleaning up tiny spiders and broken glass fell mainly to my mother. Even so, I reckon it was an educational experience. I learned that spiders have large families and that the air holes for a spider’s nursery should be smaller. 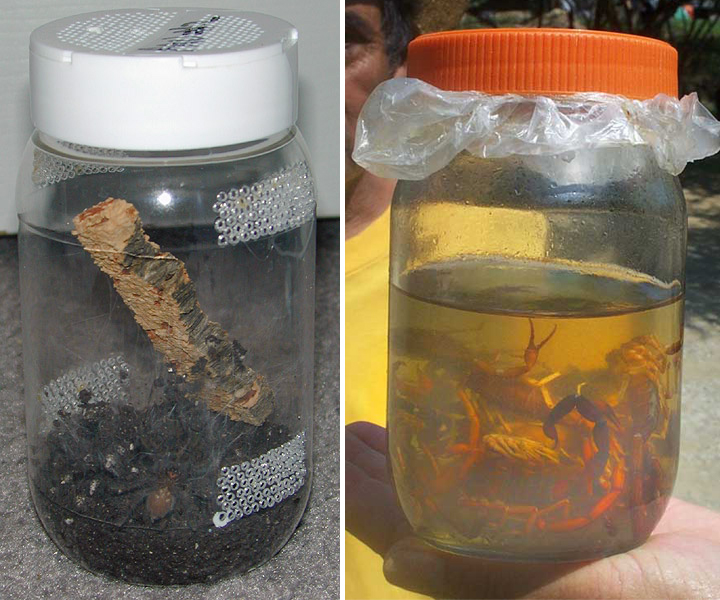 Spice jar lids can be used for somewhat smaller air holes. Jars have traditionally been used for two kinds of specimens: live specimens and dead specimens. Collectors of the latter use a “killing jar.” 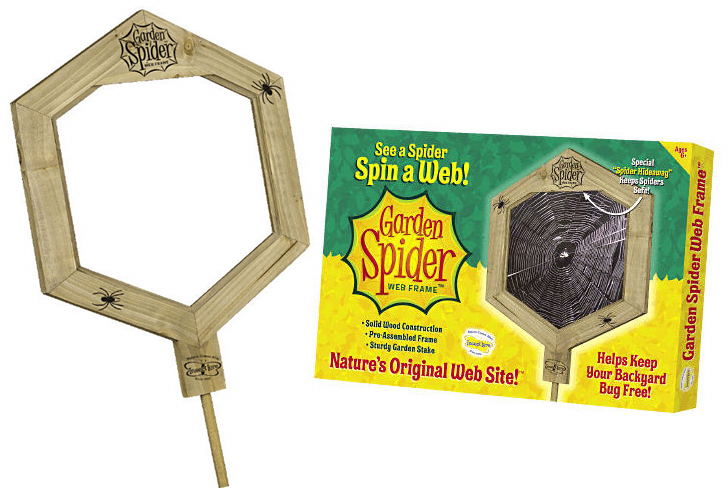 Could not, for the life of me, find a proper bug-in-a jar photo for this post. Which is why I had to take my own photo. This afternoon’s arachnid casting call led to the discovery in our basement of the (live) specimen you see here. (The 2 photos at the top and the 2 photos below.) Happily he (or she!) fared better than the tiny spiders from 1965. No girlish screams or broken glass this time. Safely released back into the basement.