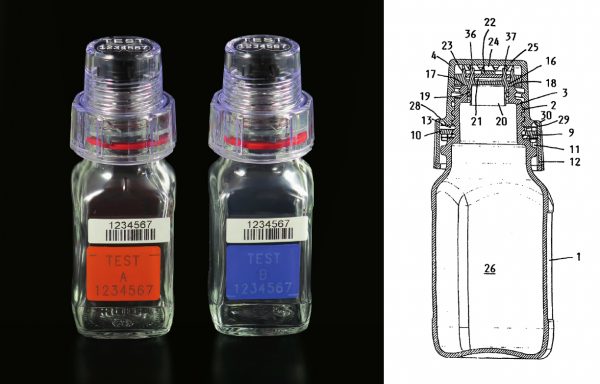 Some recent packaging in the news: the tamper-evident bottles used in urine collection for drug testing of Olympic athletes.

Grigory Rodchenkov (Григорий Родченков) had been head of Russia’s Anti-Doping laboratory in Moscow since 2005.

For Dr. Rodchenkov, preparations for Sochi began in earnest in the fall of 2013. It was around that time, he said, that a man he came to believe was working for the Russian internal intelligence service, the F.S.B., began showing up at the lab in Moscow, inquiring about the bottles used for storing the urine samples tested for banned substances.

The man took a particular interest in the toothed metal rings that lock the bottles when the cap is twisted shut. He collected hundreds of them, Dr. Rodchenkov said.

An employee at the lab, who spoke only on condition of anonymity, fearing reprisals from the authorities, said that at some point it was communicated to employees that the man was there to “protect the lab.” He would pepper people with questions about the bottles, the employee said, but always in a friendly way. While his motivations were not explicit, they eventually became obvious to those working in the lab.

“It was clear that he was going to try to get into the bottles,” the employee said. 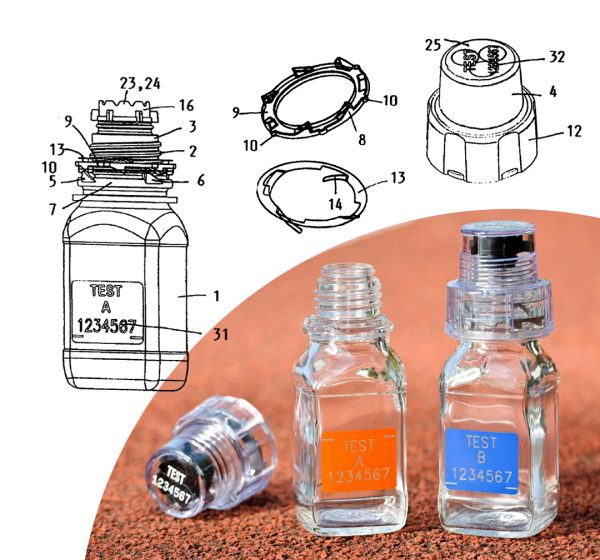 For Berlinger Special AG, the manufacturers of the Bereg-Kit® bottles, the problem was not that their bottles could be opened. (The bottle is advertised as “tamper-evident” not “tamper-proof.”)  The problem is that it was somehow possible for them to be opened without leaving any evidence. 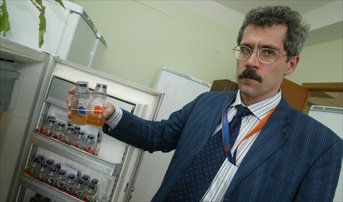 Dr. Rodchenkov said that for at least 15 Russian athletes who won medals at Sochi, both the A and B samples were substituted before they were tested. None of the bottles’ caps — which are branded with unique seven-digit codes — showed any signs of having been opened.

Each night at Sochi, Dr. Rodchenkov said, sealed bottles were passed through a hole in the wall of the storage closet that served as his shadow laboratory. The bottles were handed to a man who he believed worked for the Russian intelligence service, the F.S.B. Within two hours, he said, those same bottles were returned to him, their caps unlocked.

“Magicians were on duty,” Dr. Rodchenkov said, suspecting that F.S.B. officers had studied the toothed metal rings that lock the bottle when the cap is twisted shut. According to him, they collected hundreds of them leading up to the Olympics.

Dr. Catlin theorized that heat had been applied to remove the bottles’ caps.

He said he had expressed some concern about the bottles years ago, asking if they could be outfitted with internal thermometers, to show if the sample had been frozen or heated. “But that’s just a wild guess,” he said.

Berlinger’s response, after the fold…

The published article in the New York Times (12th May 2016) is mentioning the exchange of urine in Doping samples and explicitly the high security bottles of the BEREG-KITs.

We therefore clearly state that according to our current knowledge our kits are secure if used according to our users instructions. The kits meet highest product standards and are checked several times before they leave our house. The security system is tested and certified by a neutral, independent laboratory and is specially adopted to the general doping control procedures.

If the statement of Grigory Rodchenkov is correct, the published case shows a professional, from long hand planned [planned long beforehand], Russian Secret Service involving, criminal act which has implications not only on the security bottles however affects the entire chain of custody and the related operations.

This case is an exceptional situation and [needs to be classified as such.] Of course, Berlinger Special AG will provide assistance to support to clarify this case where ever needed.

Whatever means may have been used to defeat the “high security” Bereg bottles, Berlinger is quite right to cite “chain of custody” as the obvious weak link. What’s the use in appointing a witnesses to observe each athlete peeing, only to have “dirty” samples swapped with “clean” samples through a hole in the wall?

The way it’s supposed to work…

From a 2010 interview with Rodchenkov prior to the Sochi Olympics: 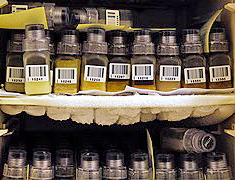 Vladimir Tikhomirov: Anything from the Vancouver experience can be useful in organizing the Olympic Games in Sochi?

Grigory Rodchenkov: First of all, this is my personal opinion — experience of volunteer service. I am confident that through our anti-doping service will need a large number of volunteers with knowledge of English. You see, after the competition the athlete is given an hour to pass the tests for doping control. And at this hour of the anti-doping officer service should monitor all movements of the athlete, because he can not immediately go to take the sample, and go, say, to the locker room to change clothes, go to the mixed zone to give interviews, and so on. Thus it is necessary to explain in English [to the] tired and not always adequate [fluent in English?] athlete, you cannot go in the shower, locked in the toilet, it will be a violation of the rules. 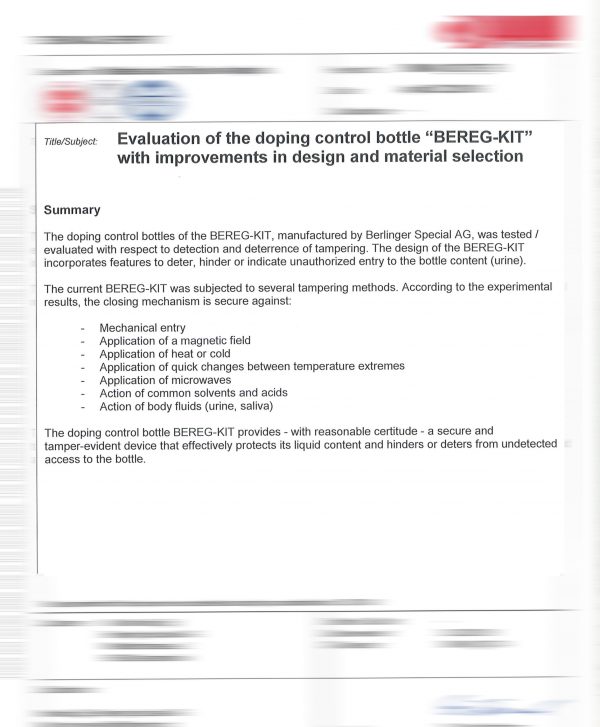 As to the approved methods of opening a Bereg bottle, there are three different types of Bereg bottle opener available… 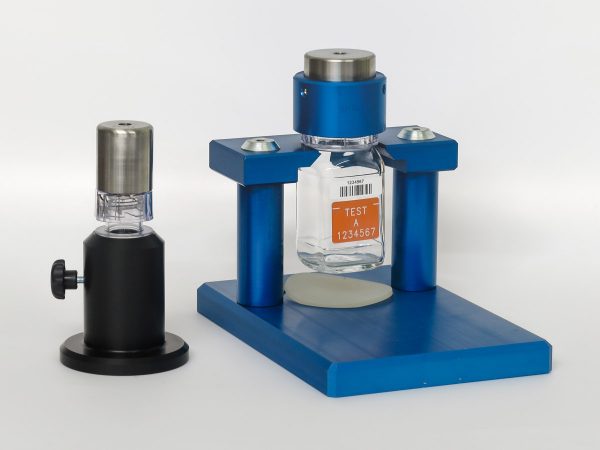 “The Break cap is used to break and separate the cap of the BEREG-KIT® in two pieces with the help of a hammer.” 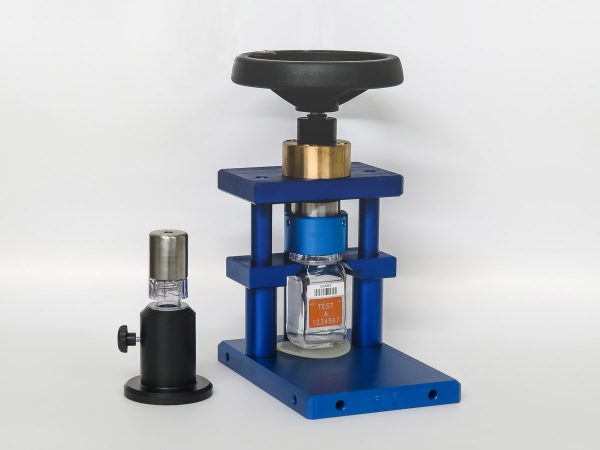 “The Manual compressor is used to break and separate the cap of the BEREG-KIT® in two pieces with a wheel compressor system.”

and the “universal opener” 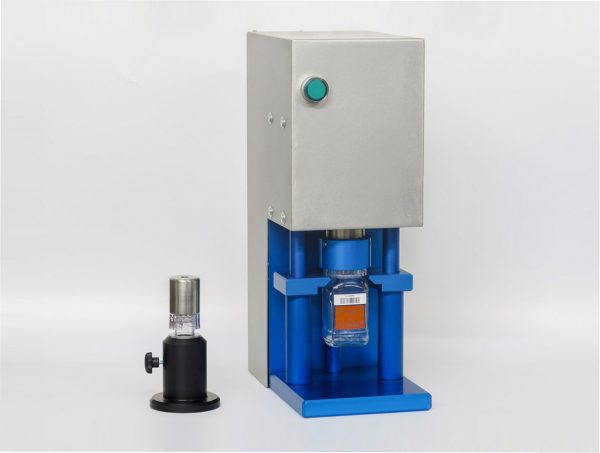 “The Universal opener is used to break and separate the cap of the BEREG-KIT® in two pieces with an automatically system within 6 seconds.”

The idea being, that once the bottle is opened, the cap (with its matching code number) is supposed to be broken.

« Our interview with “Dude ’72”
Advertising Photograms »