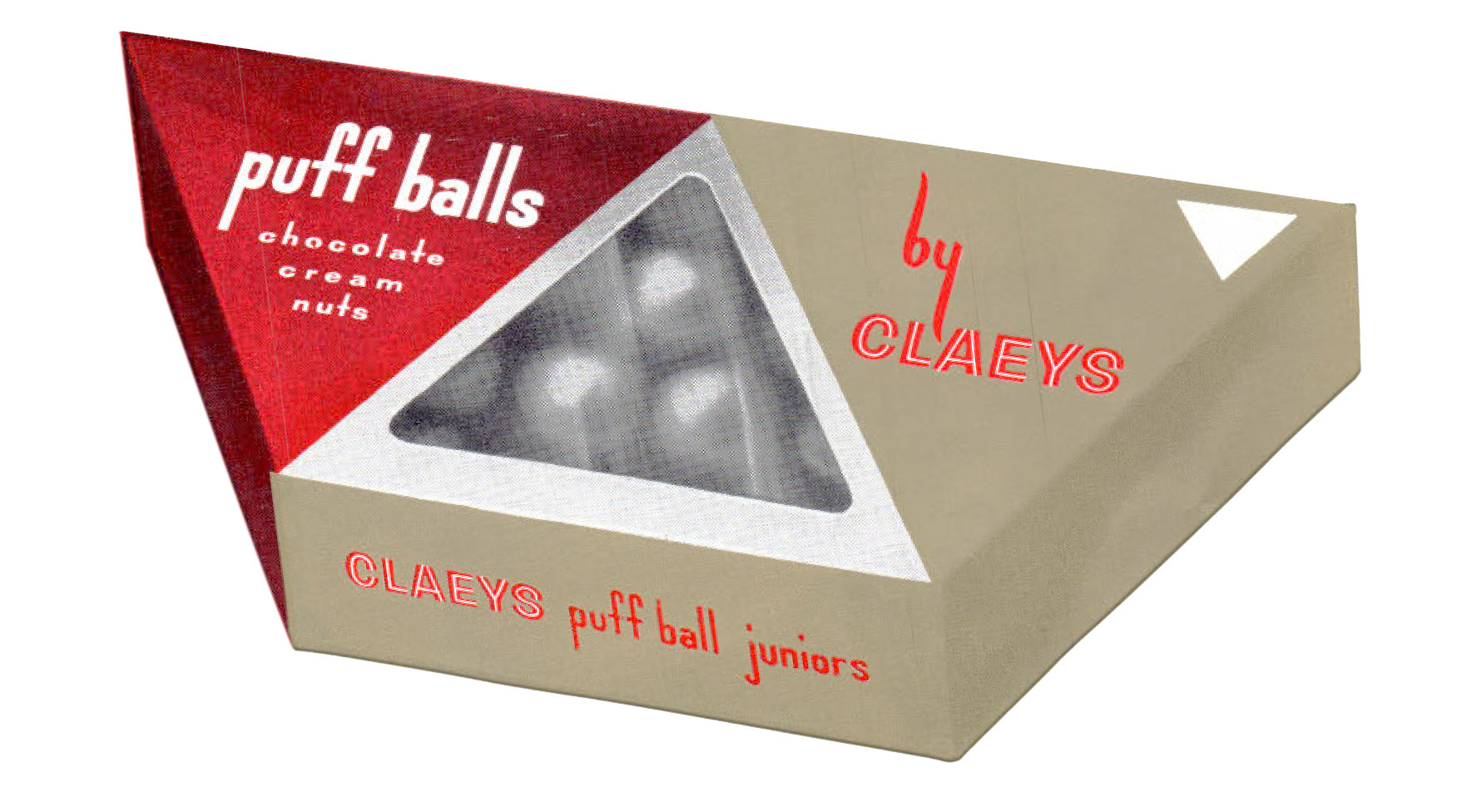 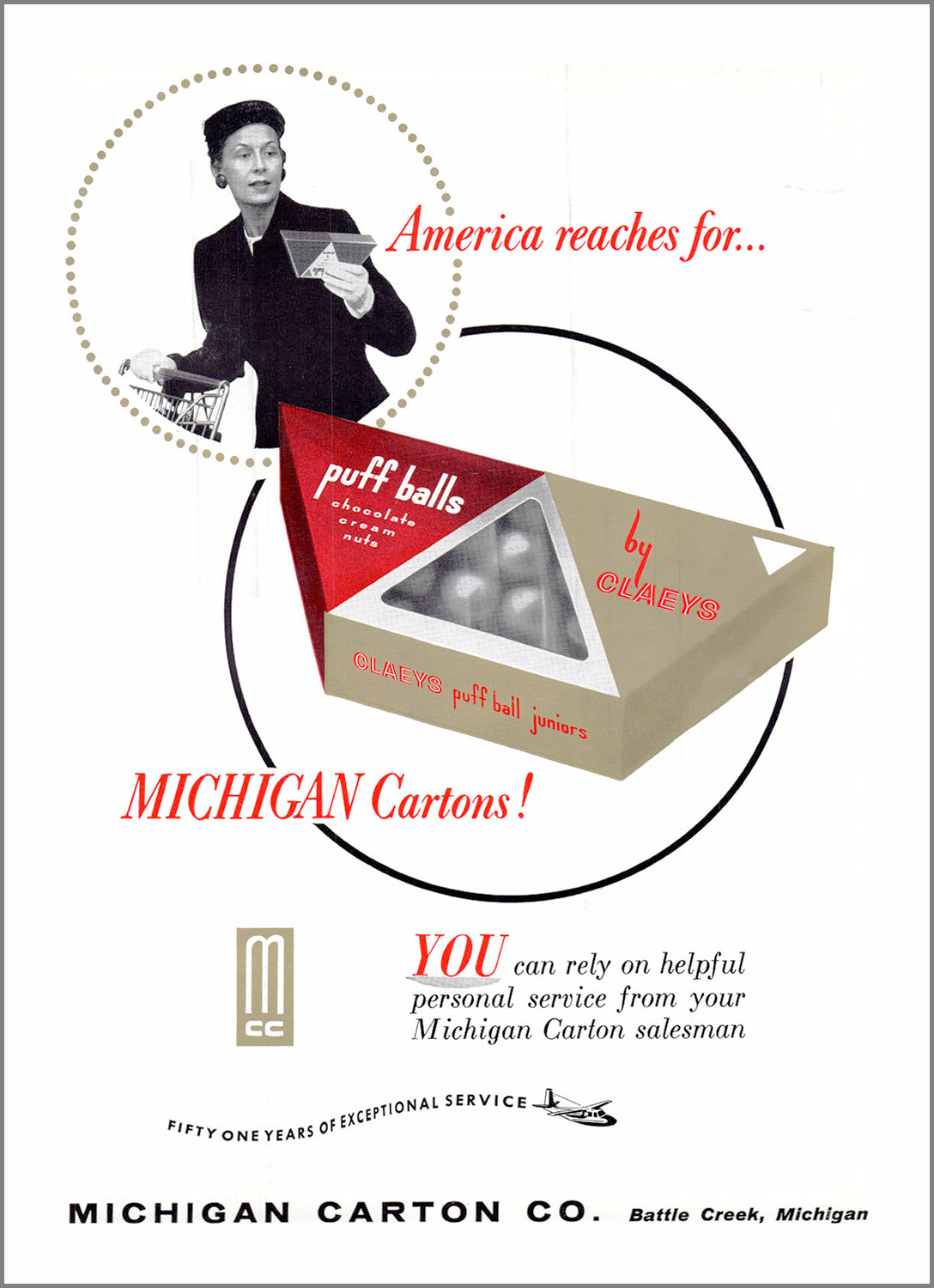 It’s been a while since our last polyhedral packaging post. And too long since our last official “packaging (past tense)” post. Come to think of it, last month we didn’t manage to post anything at all!

So, when I saw this Michigan Carton ad in the September 1958 issue of Modern Packaging Magazine, I was like, “What have we here?”

Why is this woman grocery shopping with white gloves and a pillbox hat? And what is she holding in her hand?

Why, it’s a trapezoidal candy box with a triangular window! And it’s that type of trapezoid you get by combining 3 equilateral triangles.

Then, when I searched online for “Puff Ball Juniors,” I immediately found this postcard (below) touting their hexagonal retail display carton. And telling us that it wasn’t just “puff balls” that came in such a box. Claeys Candy also sold “Cream Nut Clusters” and “Vanilla Creams” in these trapezoidal boxes. 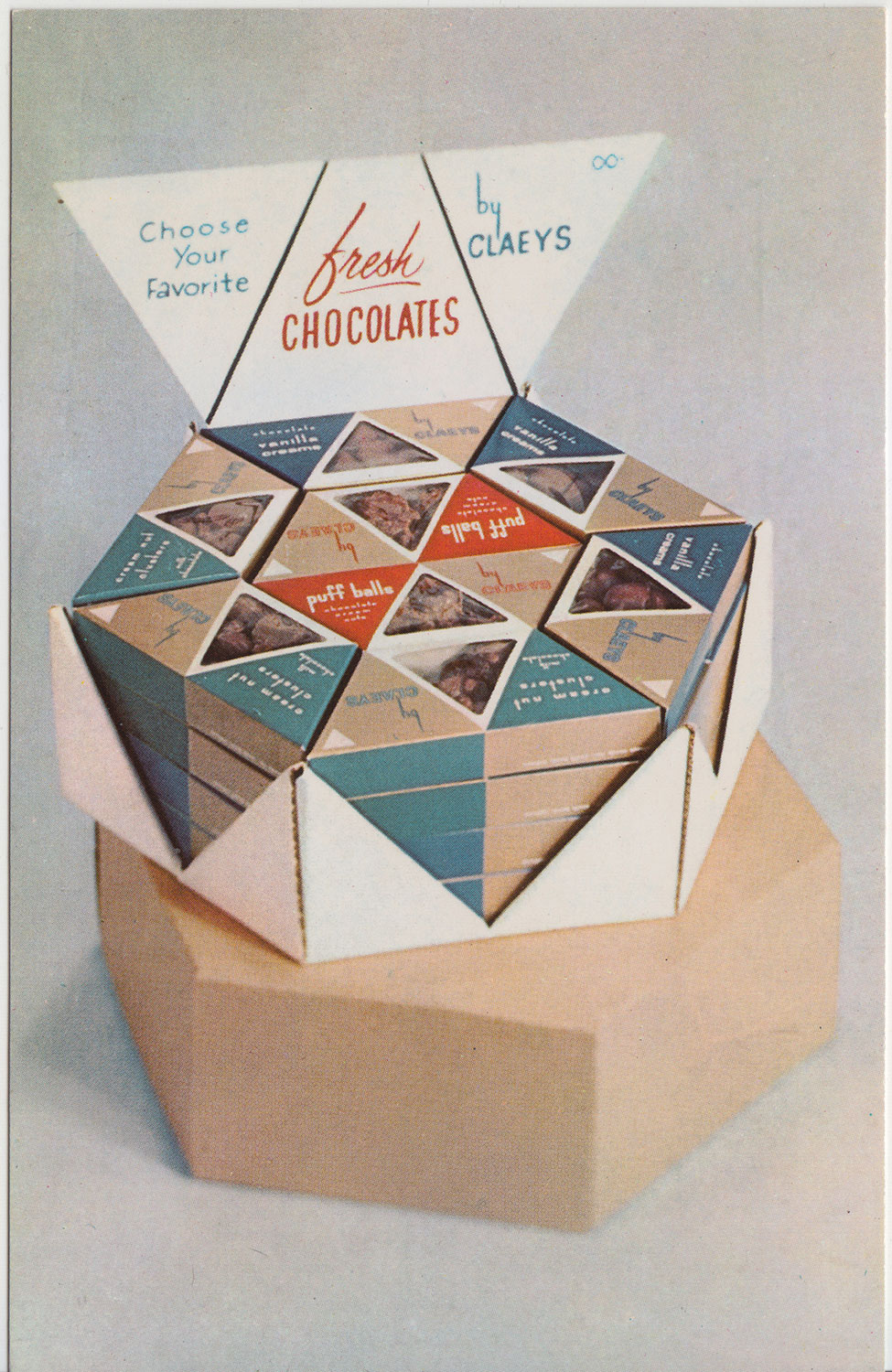 Michigan Carton Co. may have also produced Claeys’ hexagonal counter display box. Looks like it held 32 of the trapezoidal boxes, and even included a built-in, trapezoid-shaped header card. I searched for patents covering the package and/or the display box, but (aside from the postcard) I found nothing.

The back of the postcard says:

Self-contained unit. Just remove lid, and it’s ready to sell itself on checkout counters, aisle displays, or on your regular shelf.

The only other evidence I’ve found of their trapezoidal candy boxes, is this IGA ad from 1955: 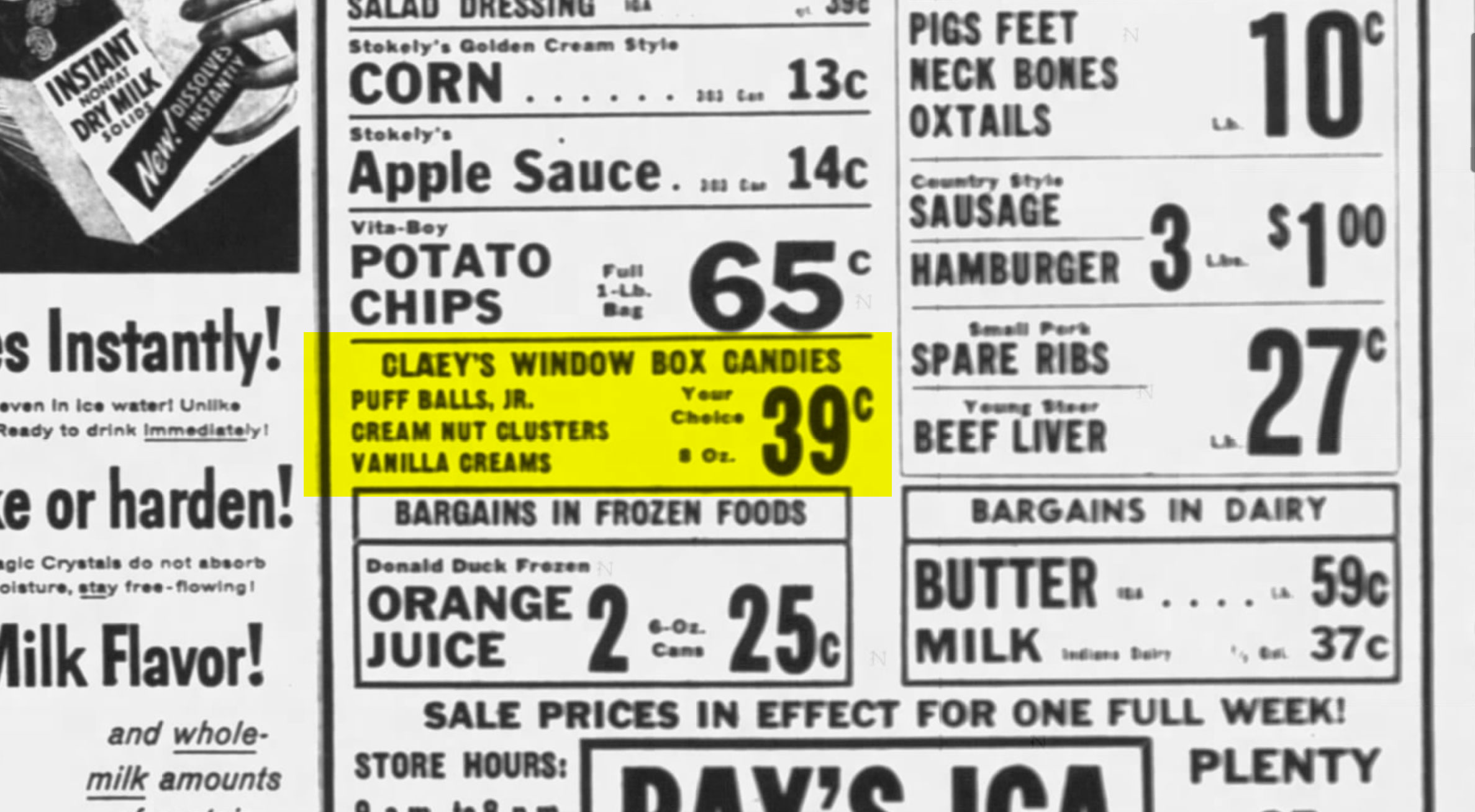 The South Bend Tribune, published this ad for Ray’s IGA in 1955. The same 3 candies mentioned on the Display box postcard are also cited here under the heading, “CLAEY’S WINDOW BOX CANDIES.”

Claeys Candy was founded in 1919 by Jerome C. Claeys. It was based in South Bend, Indiana —where Pete Buttigieg is now mayor, although he was not yet born. (Being as it was 100 years ago.) And he also wasn’t yet born in 1958, when this trapezoidal box was for sale in the area.

The company still exists, although they now specialize in old-fashion hard-candies, and their branding is now more old-timey, as if to capitalize on their 1919 origins.

Their mid-century trapezoidal box, however, proves that (for a while, at least)  the company had tried to make their packaging thoroughly modern.