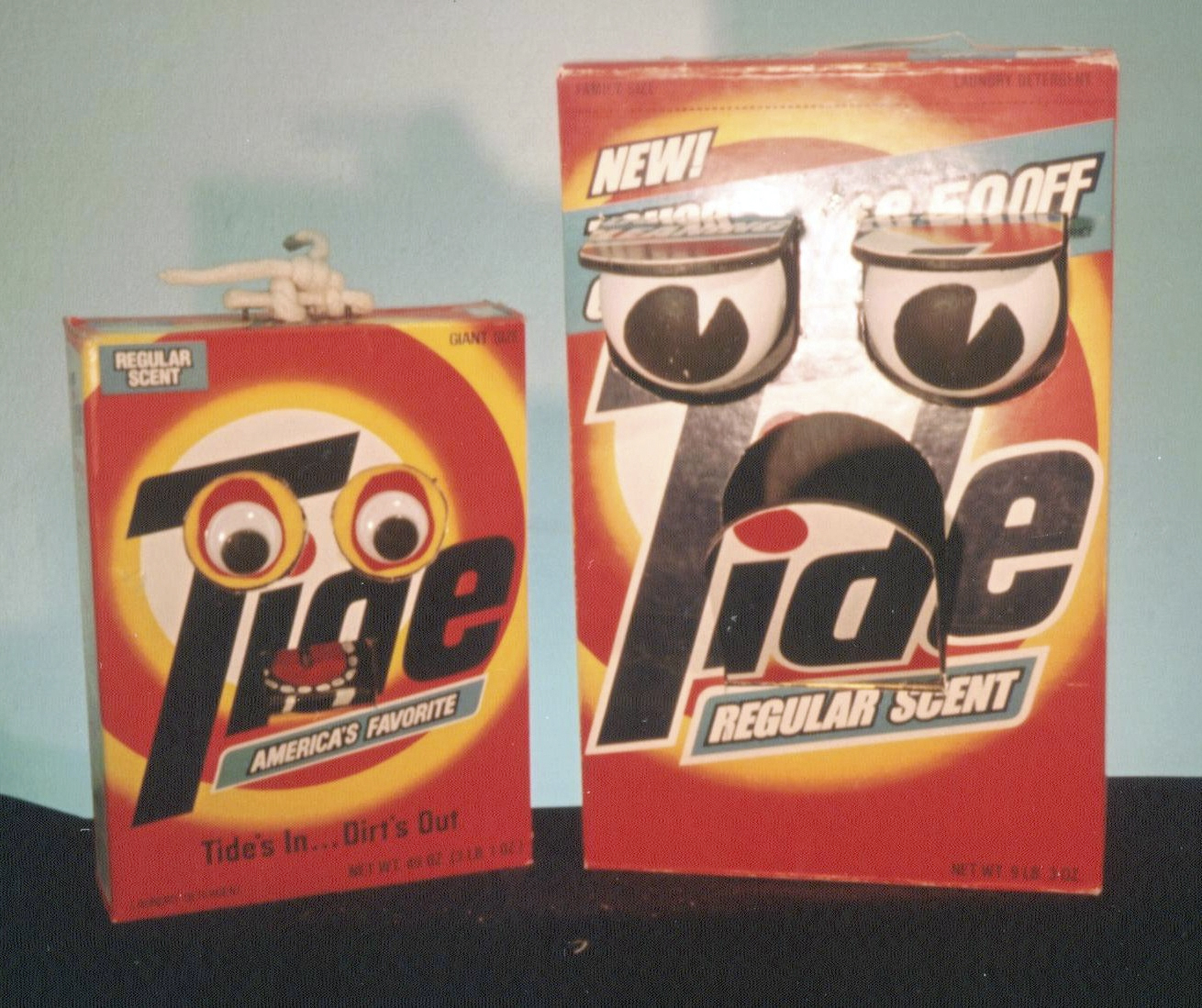 In addition to the Life Cereal box ventriloquist’s dummy that we looked at yesterday, Clinton Detweiler made quite a few other puppets from empty retail packaging. 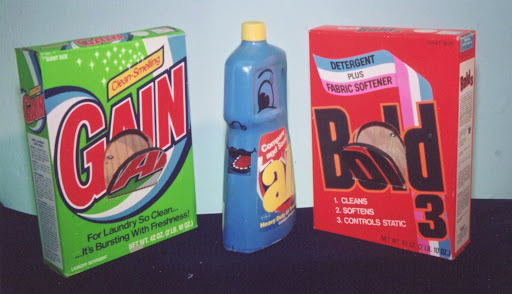 What wasn’t explored in yesterday’s post was that the purpose of many of these packaging dummies is religious instruction.

These product containers that were designed to carry cleansing products for laundry, have been converted into puppets used to present Bible promises guaranteed to cleanse lives.

“What good is it for you to GAIN the whole world, yet forfeit your soul?”

“For ALL have sinned and fall short of the glory of God.”

“Let us then approach God’s throne of grace BOLD-ly, so that we may receive mercy…”

Lucas Conley, in his book, Obsessive Branding Disorder, compared retail spaces like the Apple Store to a “brand church.” And, in fact, this morning’s news mentions that fervent consumers were lining up outside of the NY’s Apple Store overnight yesterday in order to purchase the newest version of the iPad this morning.  Some marketers have tried to bottle this kind of customer enthusiasm as “evangelism marketing.”

So I’m familiar with the idea that stores nowadays were inspiring a more church-like devotion from consumers, but I hadn’t thought about it the other way round… that churches were becoming more like stores.

Just as consumers happily identify with anthropomorphic retail packages and the concept of fraudulent packaging resonates as a political metaphor, preachers are also finding parables in consumer packaging.

We’ve seen evidence of this before in the content of sermons about the Entenmann’s box and deceptive frozen food packaging, but I had never realized that the packages were actually attending church. 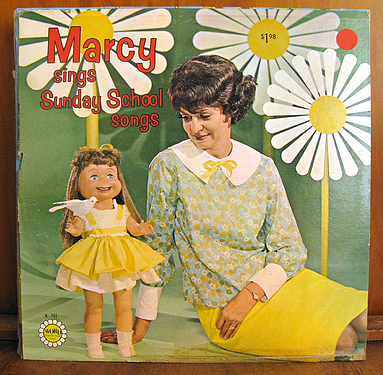 In the late fifties a new theory on how to sway children to Jesus swept the culture and has survived for almost fifty years against all odds. Ventriloquism. The craze of using ventriloquist dummies to teach Jesus to kids became so huge in fact, that there remains today a heavily attended Christian Ventriloquists Convention held in San Diego every year. Hundreds of Christian ventriloquist LPs have permeated America, the biggest star of which was, of course, Little Marcy who recorded for several major Christian record labels.

These things being the case, I guess it makes total sense that today’s parishioners might be better able to hear “the word of God” when it comes from a detergent box. 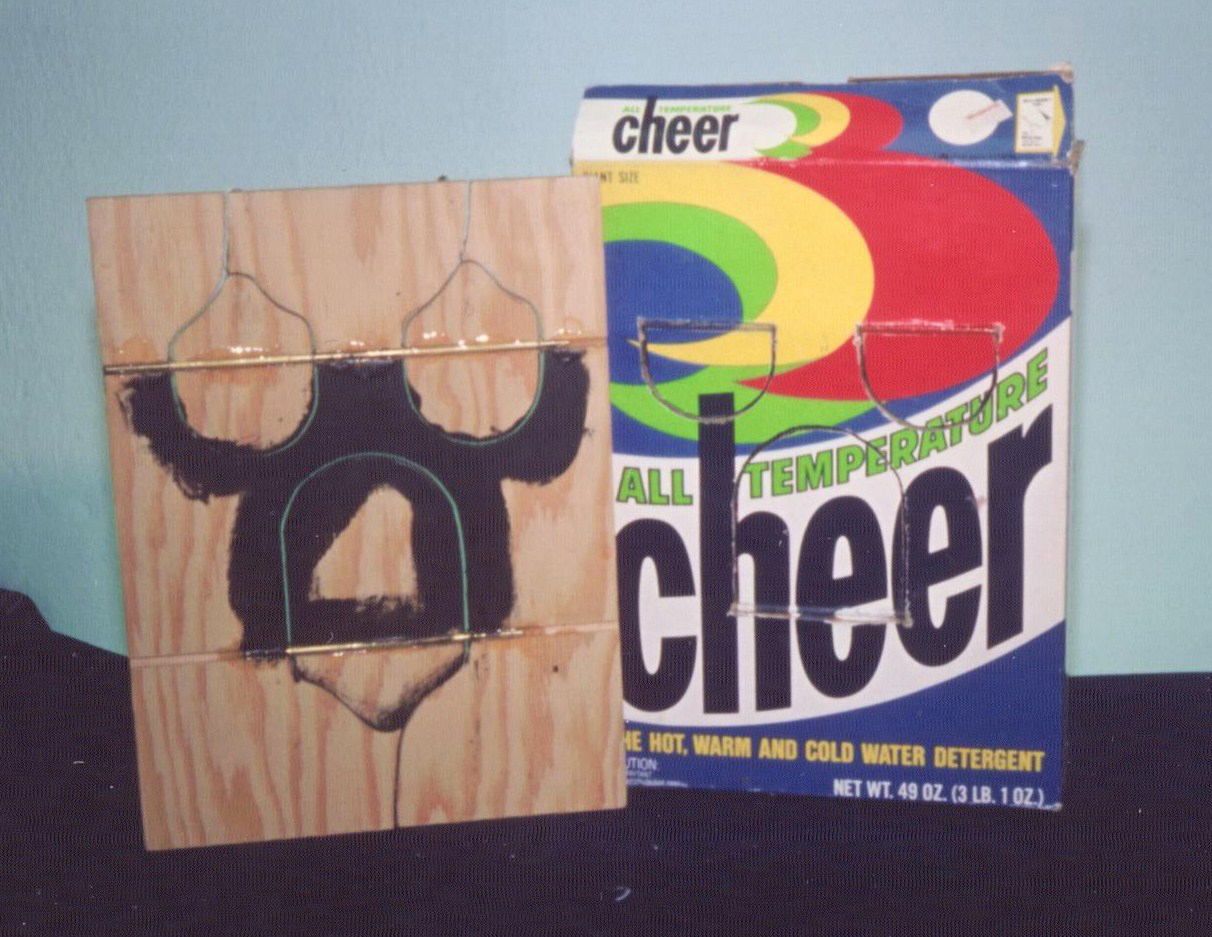