Above is a patented, space-filling “modular component” that Australian inventor, Chris Heyring claims provides a “usable electromagnetic blueprint of the structure of space.”

The “close-packable” hyperhedron that Heyring’s 2010 patent describes, appears to be the same “saddle polyhedron” that, in the mid-1960s, Peter Pearce dubbed the “space filling bcc saddle tetrahedron.” 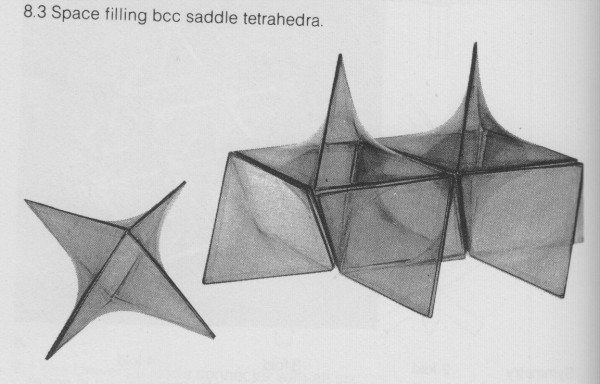 photo from Peter Pearce’s 1978 book, Structure in Nature Is a Strategy for Design 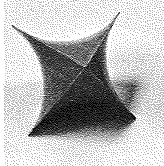 … In the spring of 1966, … I knew next to nothing about any minimal surfaces! But then I met Peter Pearce…

At Peter’s studio I saw several elegantly crafted handmade models of crystal networks, including two that especially caught my eye, because they each contained an example of a novel interstitial object Peter had invented and named saddle polyhedron. These saddle polyhedra had straight edges, but each face was curved in the shape of a minimal surface.

My idea would be to try and use this shape as an efficient packaging structure. Shrink-wrapped candy packets? Liquid laundry detergent pods? Probably best not to do both. (See: Medicine Cabinet Candy and Problem with Laundry Detergent Pods)

“Shrinkwrapping” is actually a mathematical term metaphorically coined by Danny Calegari and David Gabai in their 2005 paper,  Shrinkwrapping and the Taming of Hyperbolic 3-Manifolds (published in the December 7, 2005 issue of the Journal of the American Mathematical Society)

Naturally it’s easier for me to just go with the metaphor than trying to comprehend the mathematics (or the electromagnetic forces?) behind it.

(More about Heyring’s patent, after the fold…)

It’s interesting to note that Heyring (like Pearce) comes to this subject as a visual artist, rather than as a trained mathematician. As a result, his patent drawings are pretty wonderful. 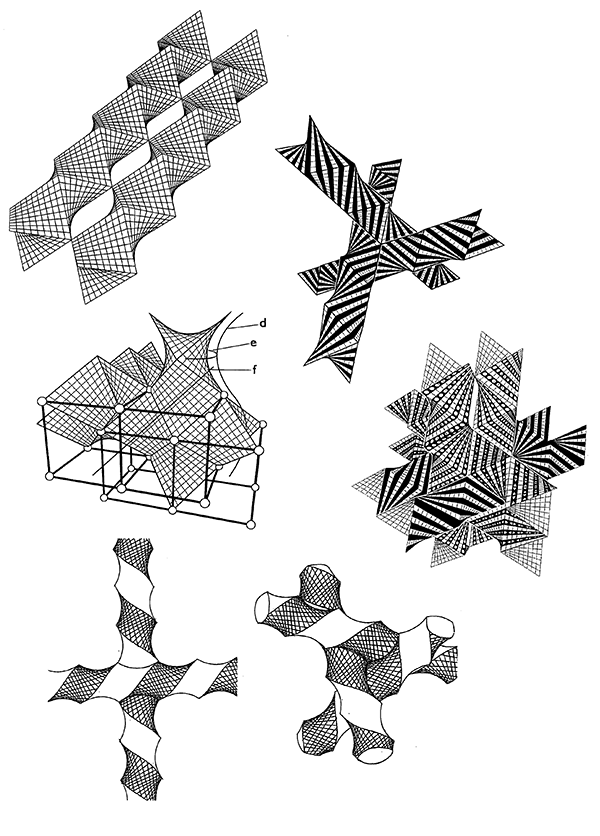 In the 1972 video below, Schoen included a photo showing his vacu-formed model of the same shape which he refers to here as a Neovius polyhedron…

The edges of Pearce’s “space filling bcc saddle tetrahedron” match the edges of the irregular tetrahedron known as the tetragonal disphenoid  — one of only 3 (irregular) tetrahedrons which will “self pack” in this way. 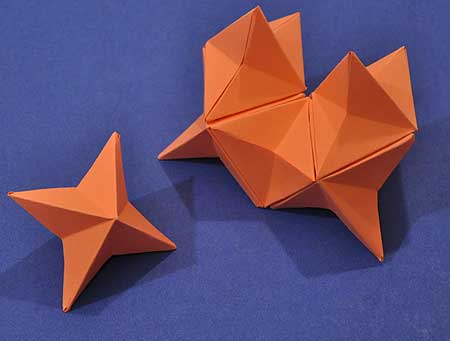 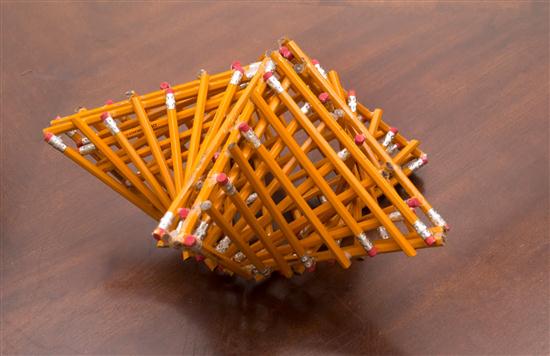 Cory Poole’s 2011 “Pencil Star” is a sculpture of the saddle polyhedron, made from pencils