I was skeptical of the first couple of pig bottles with spouts for tails that I saw online. Conceptually, it seemed like a stretch. But since this is “animal bottle week” I thought I’d give them another look.

Pigs were a sign of prosperity during the 1870’s–1890’s. The pigs were fed corn and corn was also used in the distilling of whiskey. The critters were cute and popular with the public so the distillers capitalized on these figurals as a marketable tool. The pig also represented the evils of drink. Using the cork to seal the contents at the rear allowed crude and rude jokes or slogans to enhance the product, for example “Something Good in a Hog’s –>” (with the arrow pointing to the rear). Beside glass, these pigs appear in pottery form. Anna Pottery from Anna, Illinois produced the famous Railroad Pig that goes for top dollar. The Kirkpatrick brothers who worked in Anna summed up their feelings in an article in the Jonesboro, Indiana Weekly Gazette in 1869: “It is rather a hoggish propensity to be guzling whiskey, and if the habit is indulged in, will soon reduce a man below the level of the hog, and cause him to wallow in the gutter.” 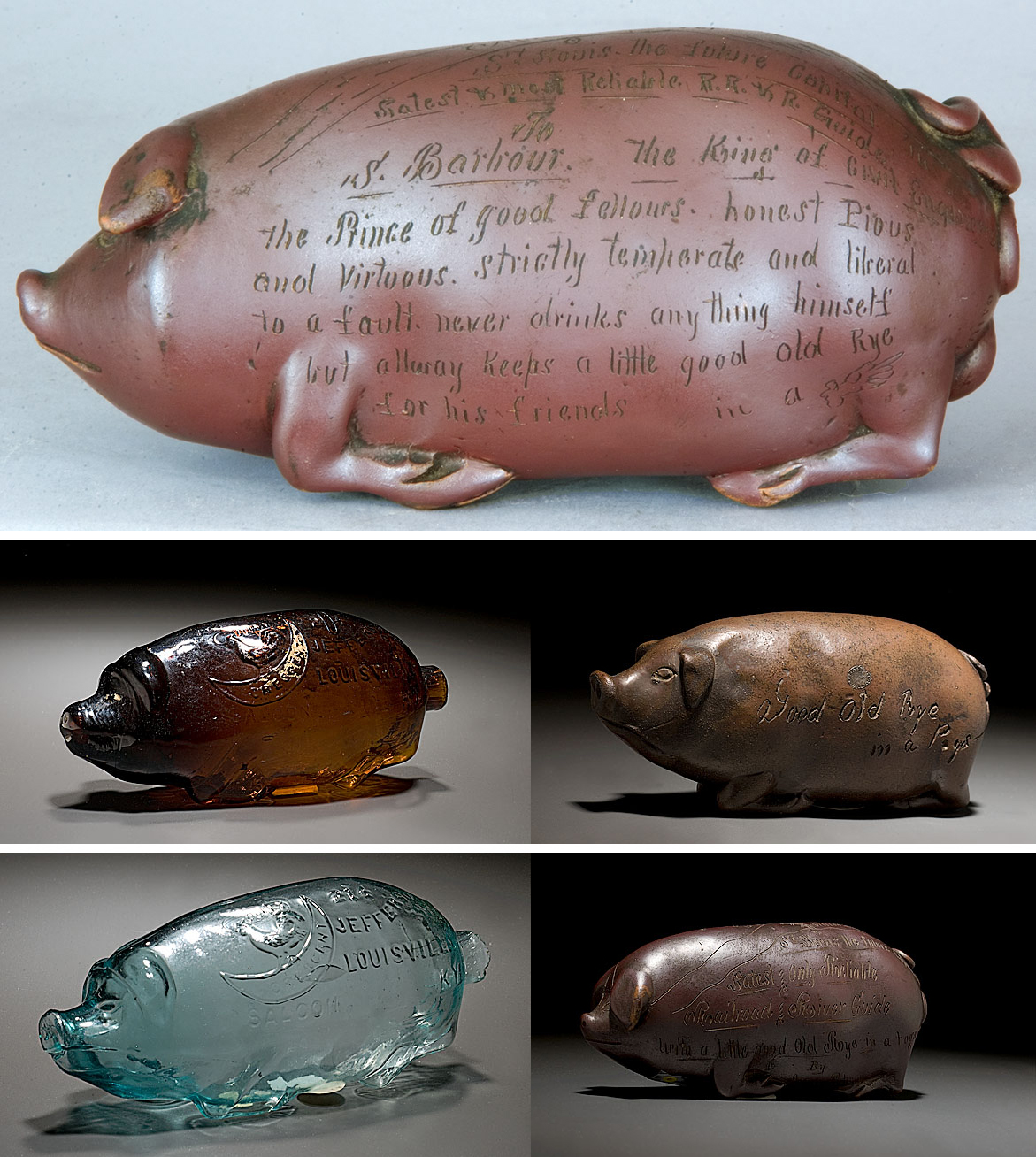 It seems like a strange marketing angle for distillers of the 1800s—“Go ahead! Embrace your inner hoggish propensity to be guzling whiskey!”—but no different, I suppose, from the unredeemed sexists of the 1960s who gleefully wore buttons and T-shirts proclaiming “I’m a male chauvinist pig!”

But aside from questions of “hoggish propensity” there is the little matter of the spout. As with the squirrel bottles we looked at yesterday, wherever you put the spout on an animal-shaped bottle, there are likely to be anatomical implications.

In all but one of the pig bottles we’re showing here today, the business end of the bottle is the back end of the pig. In both the ceramic jug above and in the brown whiskey bottle below there are those arrows humorously pointing to the rear of the pig. The jug’s arrow indicates “Pure Old Rye” (i.e.: Pure Old Rye can be obtained from this end of the pig). The whiskey bottle’s arrow says “something good in a hog’s…” (i.e.: this hog excretes delicious whiskey)

Which just goes to show that the 1800s may not have been the renaissance of sophisticated, urbane marketing you were thinking it was. 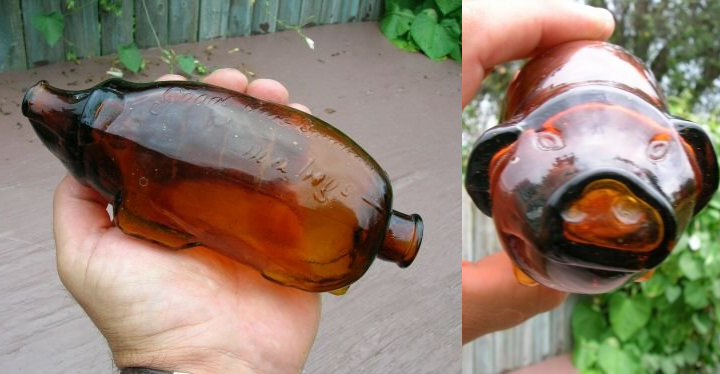 (One more pig bottle, after the fold…) 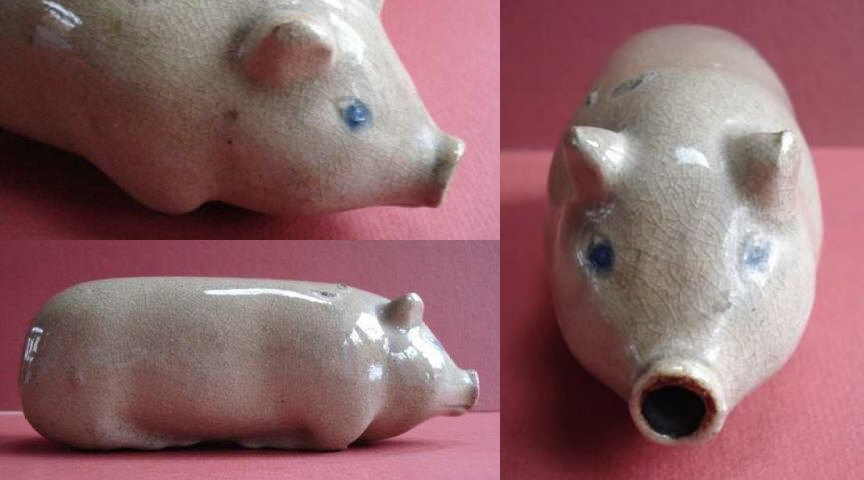