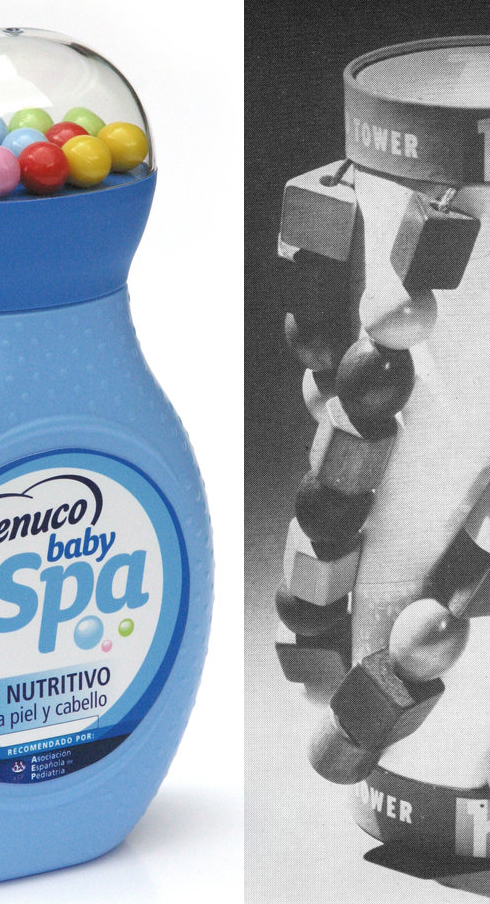 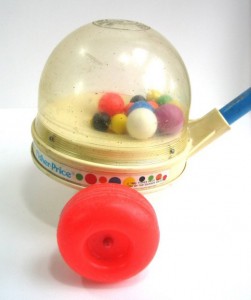 1. Industrial designer, Pep Trias at Morillas designed these Nenuco Baby Spa bottles in 2012 with toy-like rattles in their caps. (Multicolor beads under a clear plastic dome are naturally reminiscent of the classic Fischer-Price “popper” pull toy.)

…closer to a toy than a container provided to stimulate different senses such as touch, sound and color. With the sphere symbolically represents the bubble as a common element of both the structural design and the graphic design of the different containers.

…a bottle where the cap is like a rattle with colorful beads, the difficulty in finding a manufacturer, because the cap was almost a toy which must pass other controls.” 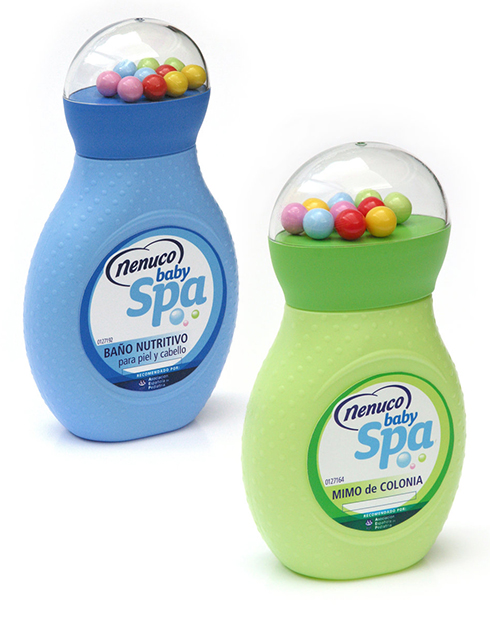 2. In his 1951 “Bead Tower” display package for Holgate Toys’ lacing beads, designer Frank Gianninoto (see: Marlboro) wound some of the contents around the outside of the package. 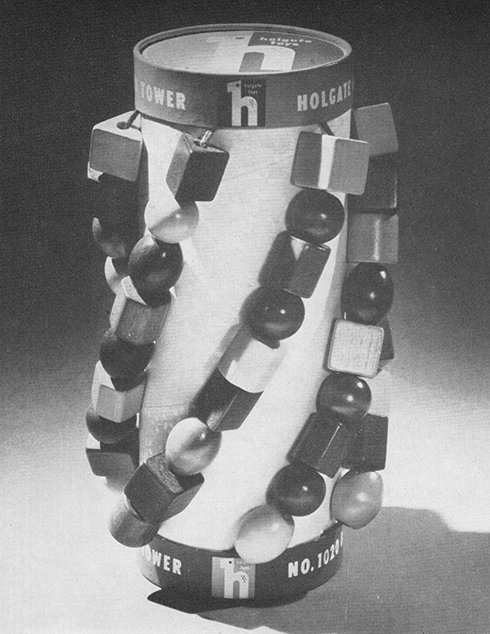 Photo above is from the book, Packaging Design by Ladislav Sutnar

(And another thing, after the fold…) 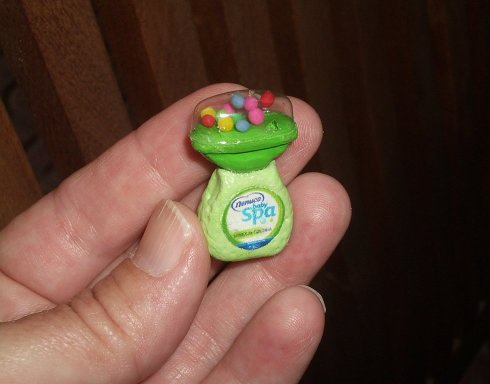 Trias’s Baby Spa bottle, is apparently a hit with consumers, as evidenced by the fact that it has been immortalized in miniature.