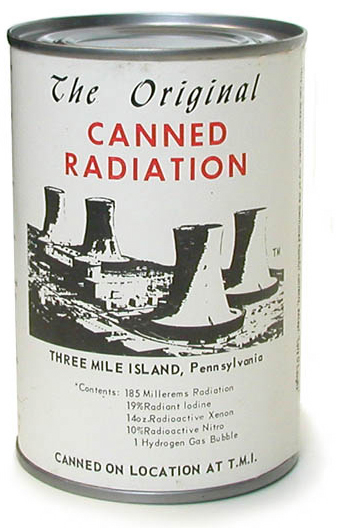 The last chapter of Jerry Jankowski’s book, Shelf Space (modern package design, 1945-1960), is about “gag gifts.” These are usually conceptual affairs, in the sense that—(although the gag may be sort of dumb)—as a product, it’s little more than an idea contained in the package. One product featured in this “canned laughter” section of Jankowski’s book is a can of “Genuine Los Angeles Smog.” (See photos below)

From The Oak Ridge Associated Universities (ORAU) Health Physics Historical Instrumentation Museum Collection, this can of “Original Canned Radiation” is obviously the same basic concept. Selling an empty can of air as a sort of rueful attempt at finding humor in the 1979 Three Mile Island nuclear accident.

This was probably the most popular souvenir associated with the accident at Three Mile Island.

The six suggested uses indicated on the label were:

ORAU Health Physics Historical Instrumentation Museum Collection
The funny thing is, several of those bulleted points above are ideas that have actually been tried in the past for serious, non-gag products. (See: Radioactive Packaging) 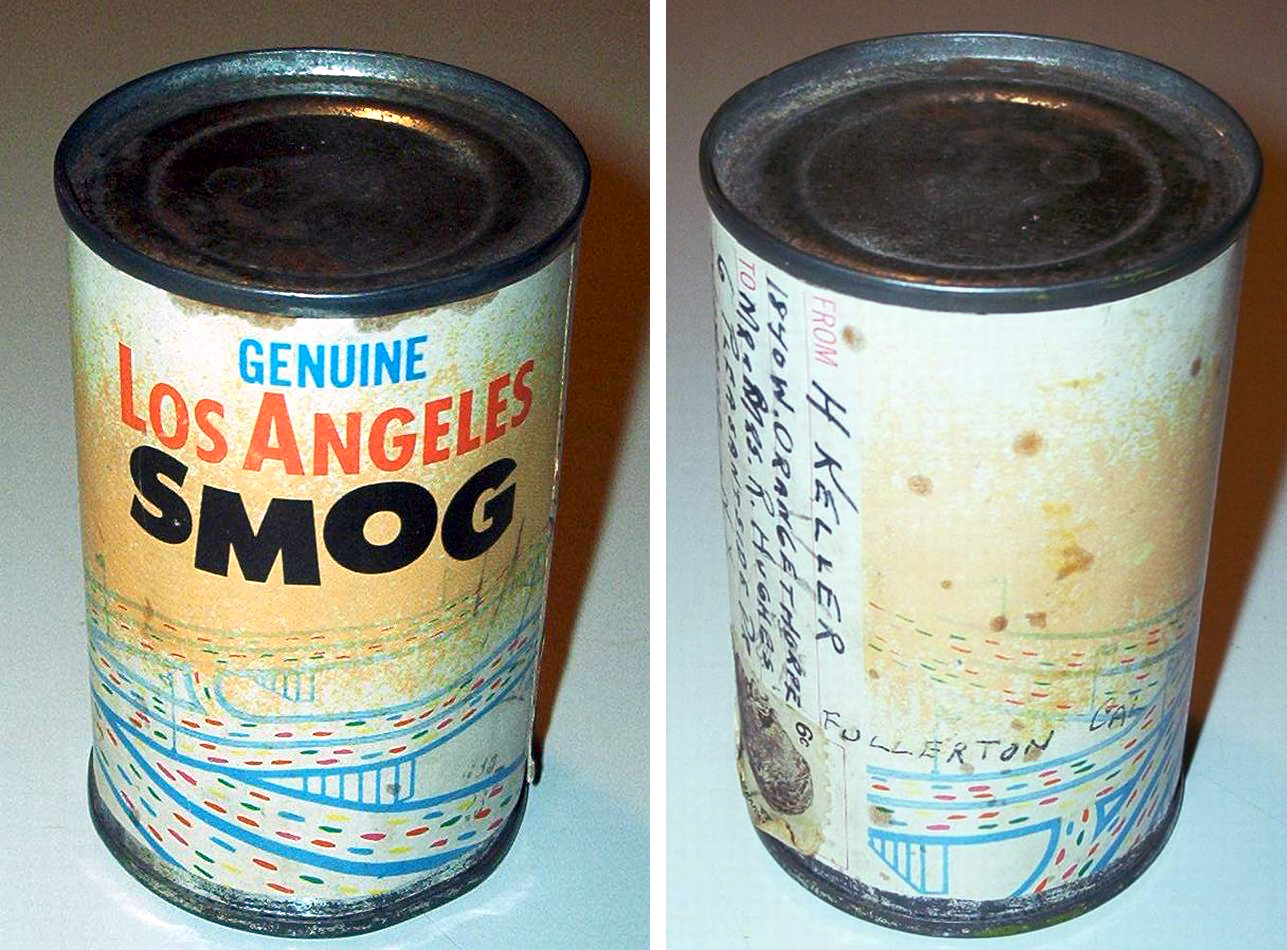 (A different label design for “Genuine Los Angeles Smog,” after the fold…)