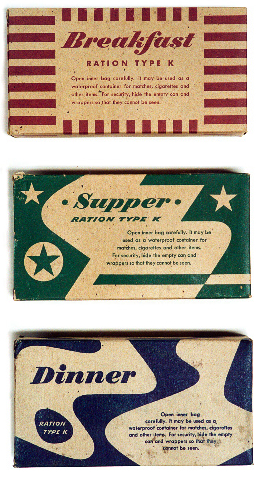 Following the thread of military packaging, we come to the packaging makeover of “K-Rations” from the latter part of World War II. (Photo on right: from US Army Models)


“Rations Type K” were developed by inventor and public health scientist, Ancel Keys, which may (or may not) explain the “K” in K-Ration. (There is debate about that.) The boxes were manufactured by the Cracker Jack company and were similar in size and material to Cracker Jack boxes.

Originally the packages were generically labeled: “Breakfast,” “Dinner” and “Supper.” Towards the end of the war they were redesigned (as part of a “morale” initiative) to make the three meals more easily distinguishable with 3 new color-coded / pattern-coded designs.

Who handled the graphic design? Some anonymous, government-employed graphic designer? An advertising agency of the time? K-Ration boxes were featured in the Brooklyn Museum’s 2001 exhibit, Vital Forms: American Art and Design in the Atomic Age, 1940-1960, as one of many examples illustrating the impact of organic form on graphic design.

(Photos of the “new” boxes and their contents, after the fold…) 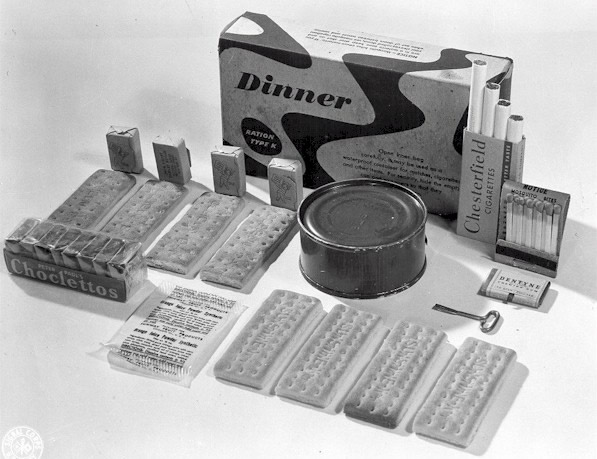