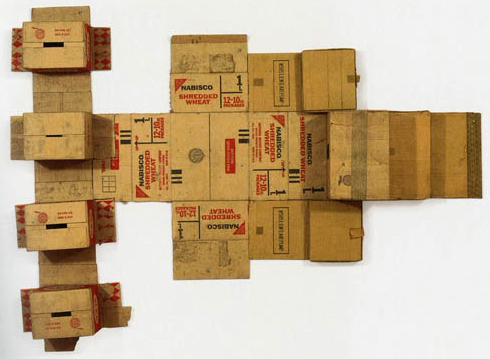 And since we’ve been focusing so much on Shredded Wheat for the past week or so—(Shredded Week?)—here’s another thing: Robert Rauschenberg’s cardboard wall sculpture, above. 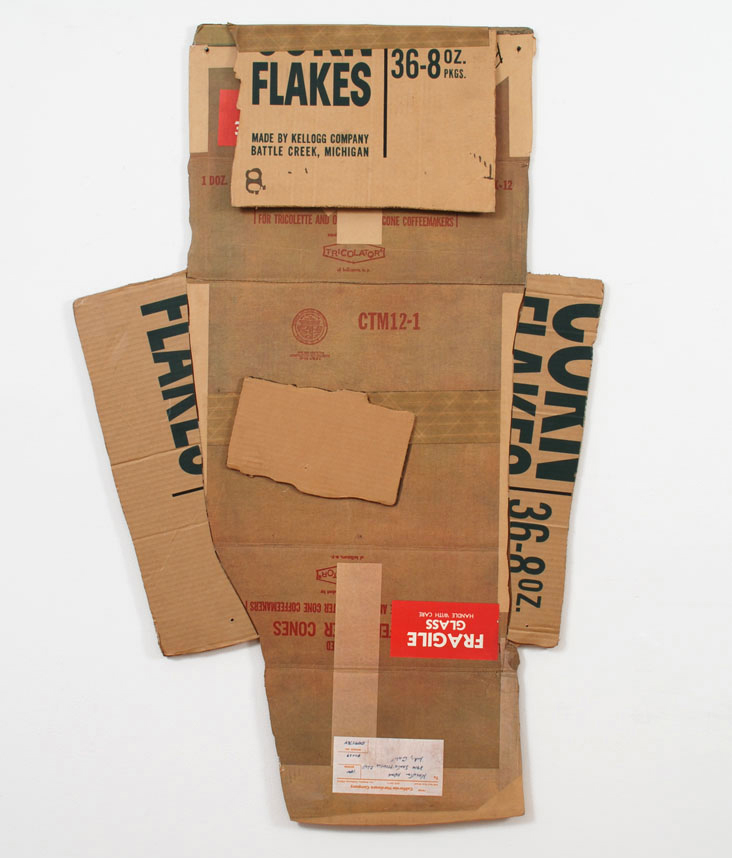 Cardboard 1, however, is not an actual cardboard box at all, but a trompe’l'oeil reproduction of one…

The Cardbird series is a tongue-in-cheek visual joke. It is in fact a printed mimic of cardboard constructions. The labour intensive process remains invisible to the viewer – the artist created a prototype cardboard construction which was then photographed and the image transferred to a lithographic press and printed before a final lamination onto cardboard backing.

from the National Gallery of Australia, Canberra 2010

A similar concept was later used by Peter Blake in his 2005 “Fag Packets” print series.

(Another of Rauschenberg’s trompe’l'oeil cardboard concepts, after the fold…) 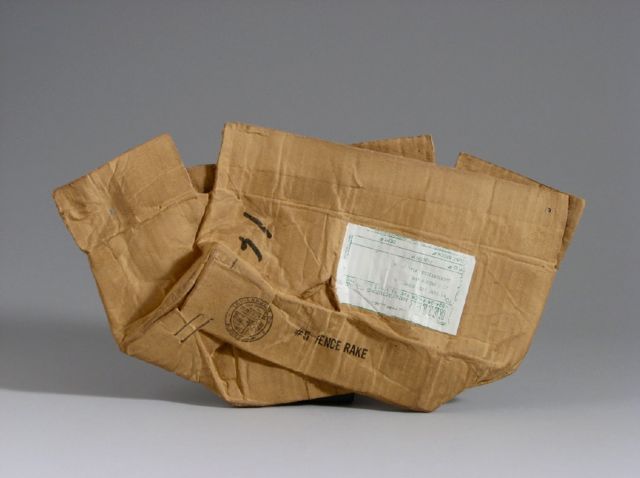