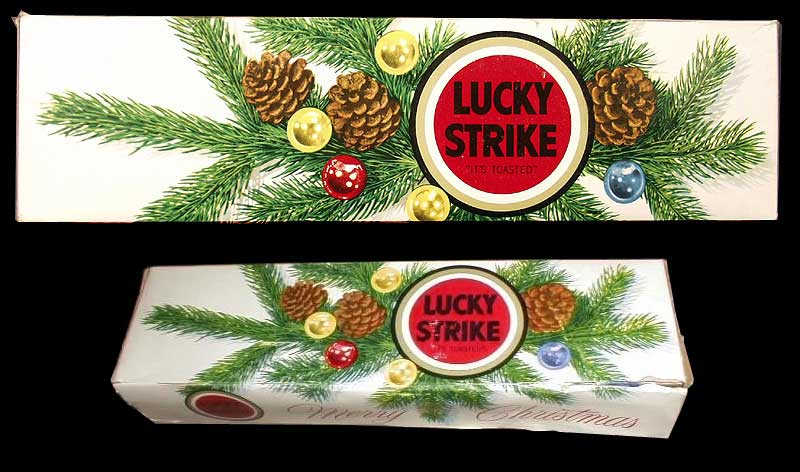 Rare that a television commercial ever notes the package designer, but Loewy was unusally high-profile:

He began designing packaging and logos in 1940 when George Washington Hill, then president of the American Tobacco Company, wagered him $50,000 that he could not improve the appearance of the already familiar green and red Lucky Strike cigarette package. Accepting the challenge, Loewy began by changing the package background from green to white, thereby reducing printing costs by eliminating the need for green dye. Next he placed the red Lucky Strike target on both sides of the package, increasing product visibility and ultimately product sales. A satisfied Hill paid off the bet, and for over 40 years the Lucky Strike pack has remained unchanged.

(A Christmas carton magazine ad follows, after the fold…) 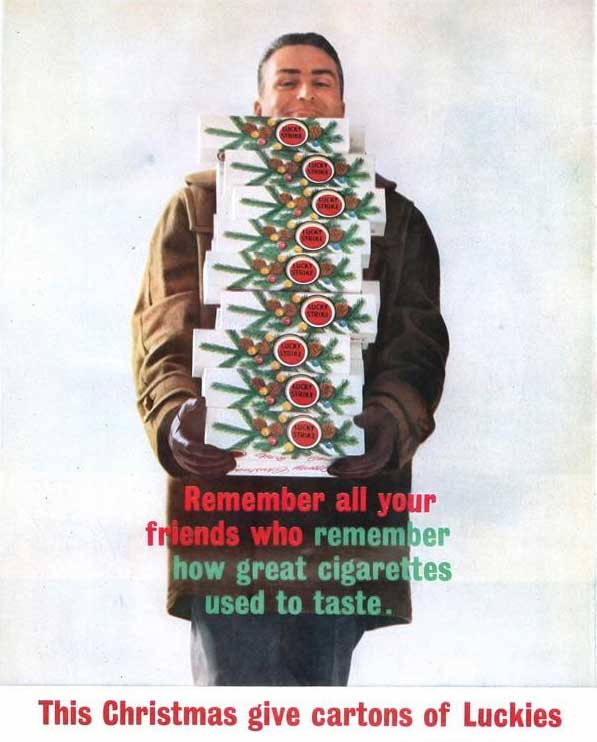