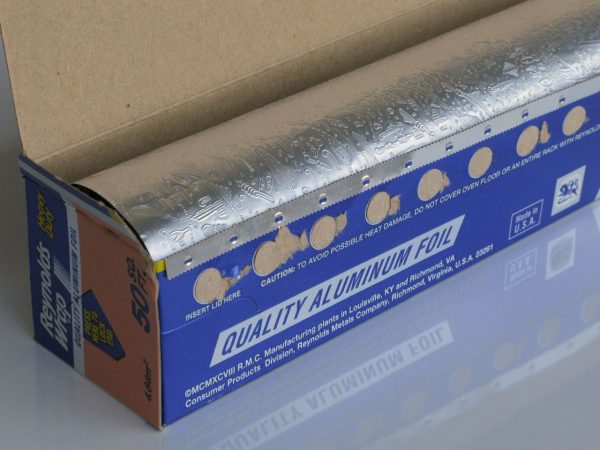 I’m no president, but sometimes I like to proclaim my own special weeks. These are not annual observances like National School Lunch Week. These are one-week-only observances, that I sometimes proclaim after the fact. And because time is more elastic in the nation of box vox, the days of these “weeks” might vary in number and are not always consecutive.

With all that in mind, you’ll understand when I tell you that “Reynolds Wrap Packaging Week” starts today.

For a while, artist Marco Maggi made embossed drawings on rolls of Reynolds Wrap aluminum foil. He’s made more than one of these. I’ve tried to trace back when he started and the earliest one I’ve found was dated 1999. The most recent that I could find was dated 2008.

Sometimes, he’s made drawings on smaller pieces of Reynolds Wrap. 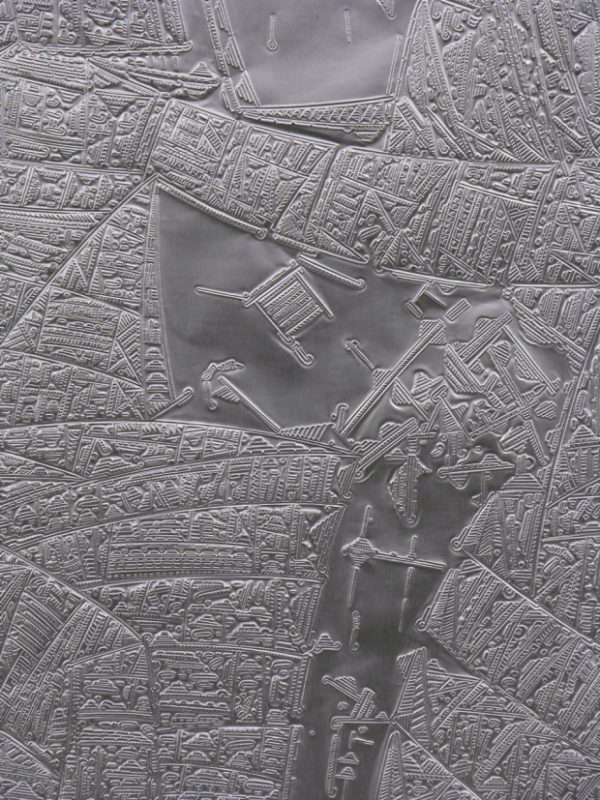 For today, however, we’ll focus on the drawings he made covering entire rolls of (Reynolds Wrap brand) aluminum foil.

Art concealed in its original packaging

Maggi must have taken great care so as not to put any unintended creases into these ultra long drawings.

I have no doubt that he covers the entire length of each roll with patterning. At a museum, however, you can only ever glimpse the top of these drawings rolled up in their original packaging. In this way, Maggi has deliberately concealed most of his work.

The Uruguayan artist reveres the hours he invests: “Nowadays, delicacy is a subversive action, and to pay attention is shocking.” Maggi doesn’t force you to pay attention, but he rewards the viewer handsomely for it. His Reynolds wrap dry-points stack hairlines and twists hairlengths apart — for the entire 400 yards of a roll of foil. “(You use) the dull side, not the bright side,” he explains. “It’s beautiful, I have to take care of the foil. To look at one piece of foil for a month troubles people.”

More about Maggi’s Reynolds Wrap artworks, after the fold… 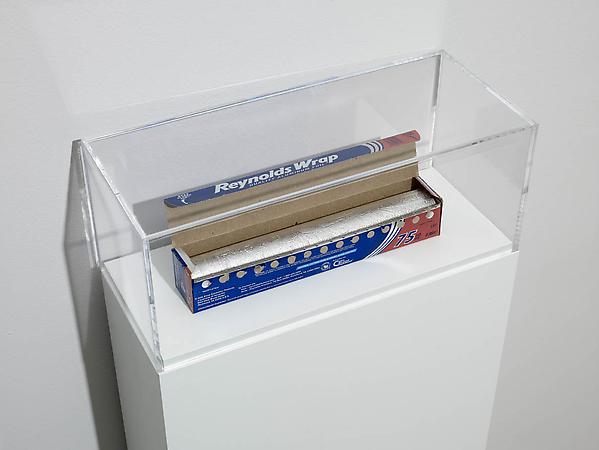 His talent for drawing, combined with engraving skills learned while completing a master’s degree in fine arts in New York, are uniquely displayed in the delicate process of his work Untitled Reynolds (1999). Maggi embossed a roll of Reynolds Wrap aluminum foil with an intricate web of marks to form a pattern that is visible upon close observation of the fragment left peeking out of the original box. Maggi’s manual mastery allows him to transform an ordinary household object into a scroll suggestive of an ancient manuscript.

Alma Ruiz, Poetics of the Handmade
Museum of Contemporary Art, 2007

Ruiz compares the rolled up Untitled Reynolds (1999) to an ancient scroll. In doing so she draws an interesting analogy. Maggi choice of creasable aluminum foil requires special handling by art conservators for his rolled drawings, just as would an ancient manuscript.

Who has ever seen these works in their entirety? A private collector, I suppose, would be free to unroll the full length of a Maggi/Reynolds roll in order to see the whole thing. It would hard to do so, however, without altering or damaging the artwork. (See also: Opening the Can)

Speed is tragic in cars, arts, and malls. When I reduce my speed at Home Depot or Stop & Shop, I always discover amazing surfaces… Each surface has many faces to establish intimate dialogues with my three tools: pencil, X-Acto knife, and time.

After seeing one of my aluminum drawings on view, the viewer, returning to the supermarket, can give a second chance or smile to Reynolds foil rolls.

Marco Maggi from an interview with Mary-Kay Lombino
A Conversation with Marco Maggi, Roll Magazine, 2012 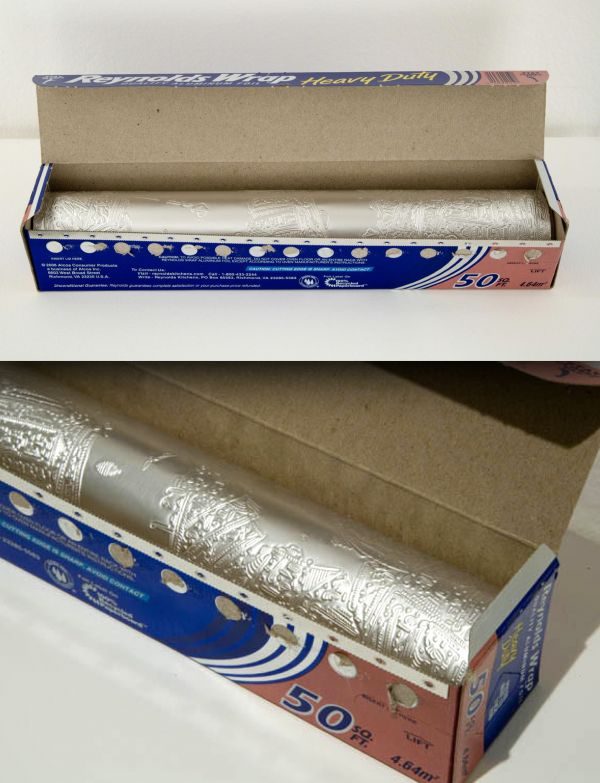