Marianne Boers was an American Realist painter who specialised in using watercolour. In Reynolds Wrap, 1972, Boers depicts a semi-unfurled roll of one of North America’s leading brands of aluminium foil, Reynolds Wrap. The subject is sensitively painted using watercolour, the graphic packaging vibrantly contrasting with the subtle reflections and shadows of the undulating metal foil. Boers, a student of the American Photorealist painter Robert Bechtle, was one of the first Bay Area Photorealists to specialise in watercolour and frequently depicted rows of packaged goods singly or on supermarket shelves as her subject matter.

While Billy Name may or may not have used any Reynolds Wrap® in his wrapping of Warhol’s factory studio, it’s the only aluminum foil brand that was ever cited. (See our previous post: Reynolds Wrapped Factory?)

Even so, Reynolds Wrap’s packaging never seemed to have made the cut to become the subject of any of Warhol’s artwork.

Marianne Boers, on the other hand, made a number of photo-realist portraits of Reynolds Wrap and its packaging. Most of her work features packaging on supermarket shelves. The three Reynolds Wrap paintings that I found online were a little different — more like composed still lifes.

She made another “Reynolds Wrap” painting in 1973, for example. Here, she tacked up piece of foil behind the box in addition to the foil coming out the front. She uses the reflections to simultaneously show several views of the same box.

After seeing her 1972 “Reynolds Wrap” painting (above), I tried to find out more about her, but she remains an enigmatic figure.

More of Marianne Boers artwork and a little bit about her life, after the fold.

She was born in 1945 and her name then was Marianne Kellogg. She grew up in San Mateo, California. Her mother was Anne Franzia — of the Franzia Brothers Wine Company family. Her father was Charles Jordan Kellogg who worked as an advertising executive for Safeway. (via)

Knowing that her father worked for a supermarket chain, makes her choice of subject matter seem suddenly more personal. 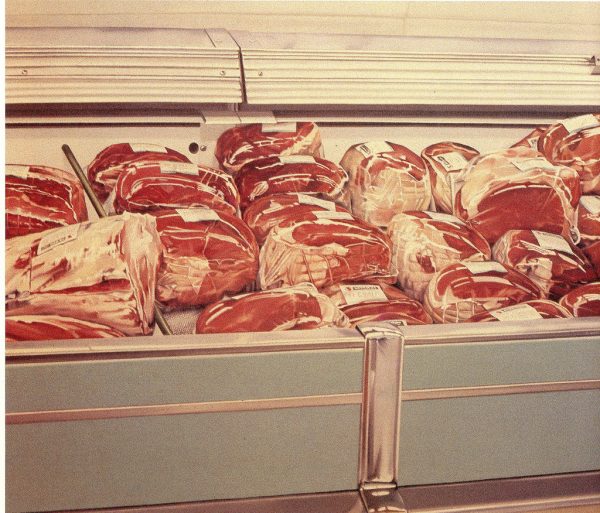 She married Mitchell Boers (also from San Mateo) and they had a son. I’m not sure of the dates. One date we do know: Marianne Boers died in 1984 of cancer at the age of 39.

Although she kept the name Boers, at some point her marriage must have ended. In a 2011 interview on QueerMusicHeritage, California-based blues singer Gwen Avery refers several time to Marianne Boers, the visual artist, who she says was her lover. One of Avery’s songs is also entitled Marianne. 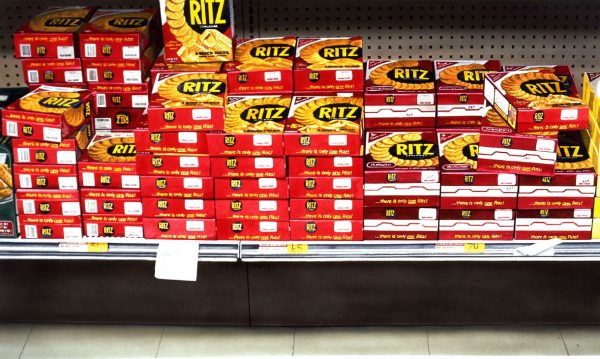 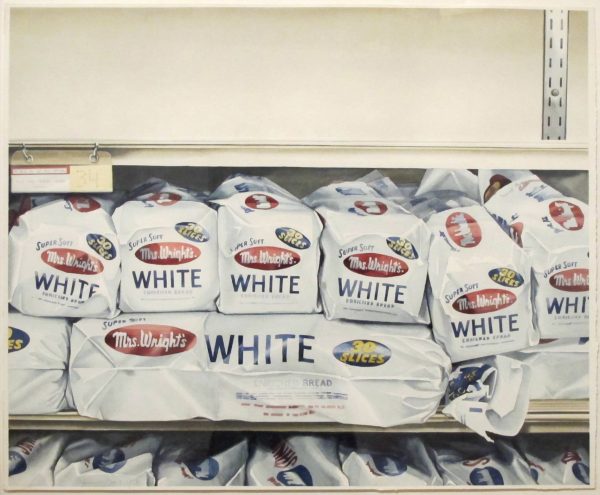 I only found one artwork of hers that did not feature supermarket products. 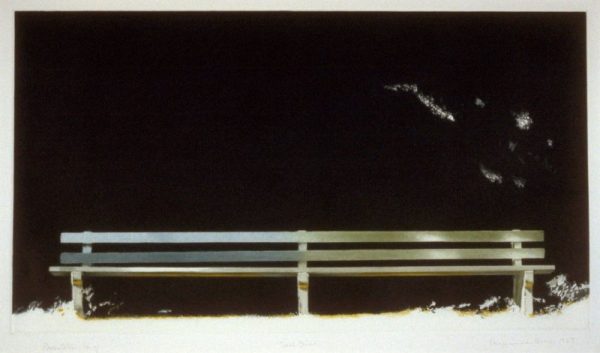 Boers made this print in the year before her death. To my eyes, this long empty bench has something in common with her supermarket shelves. As a shelf for people, Her Dark Bench is, of course, empty. 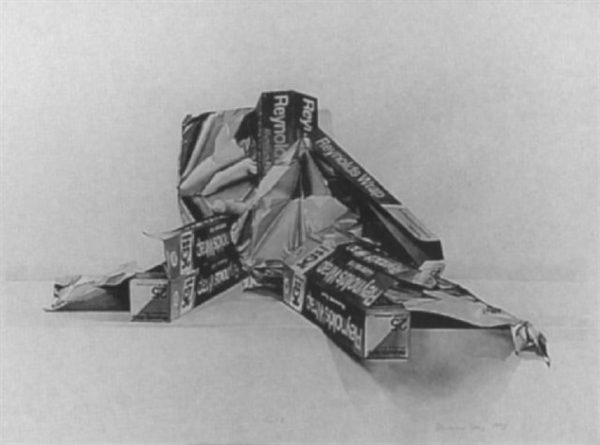 
This painting, done 10 years earlier in 1973, was entitled Foil 8. I could only find a black & white photo, but I assume it’s a color water color like the other two. Judging by its title, I’m guessing there were quite a few more in this series.

And for anyone who’s counting, this is day 5 of “Reynolds Wrap week.”