A subset of vehicular packaging: rocket shaped bottles with fins. (In each of these three recent examples, the brand includes the letter “Z” for some reason.)

1. Zimbi Juice Drinks (on left) are described as “Aerodynamic Nutrition in Earth’s first flying bottle.” Their rocket shaped bottles, are recyclable, but are aslo intended to be reused as toys:

Zimbi flying bottles really fly! The bottles are aerodynamically designed to fly when thrown empty; Once you have discovered the bottle’s secret, you can throw the bottle over 100 feet.

IMPORTANT: Only throw the bottles empty. Throwing any bottle that is full of liquid can be dangerous.

2. Zun Energy Drink’s rocket shaped bottle (center) was launched in 2009. Here, the rocket serves as a metaphor for the “brain-blasting Energy®” the consumer derives from drinking the beverage.

(Additional photos of rocket shaped bottles touch down, after the fold…) 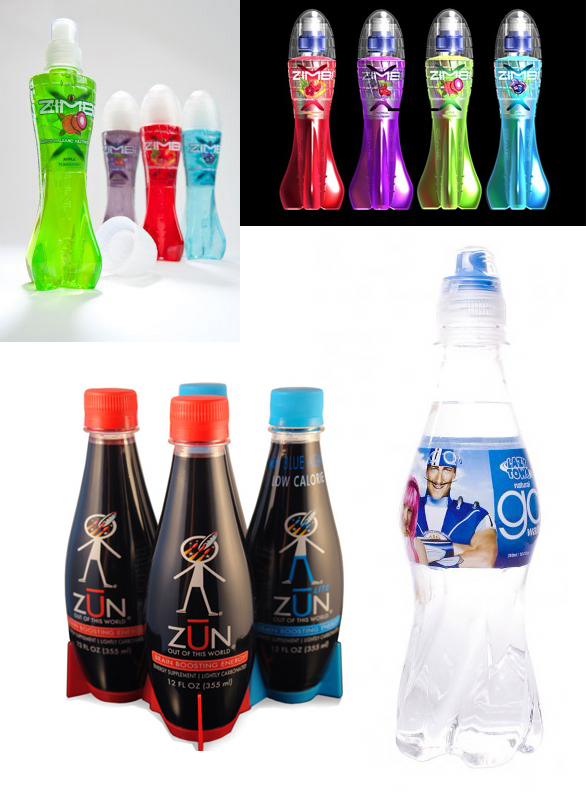