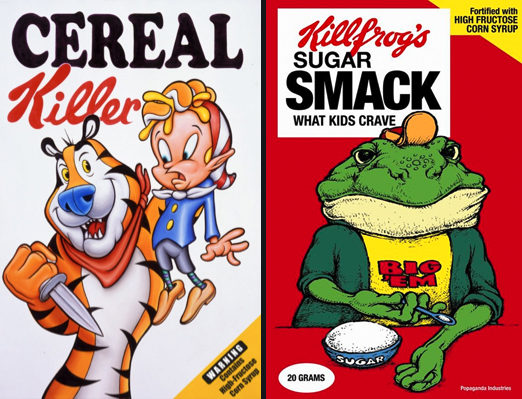 Ron English is the artist who created the zipper/banana album cover mash-up that we wrote about last January.

More recently he’s been doing some cereal box package design (i.e.: art) which he’s been shopdropping into supermarkets. These “popaganda” food repacks are subversive in the same dumb sort of way that Wacky Packages were: creating momentary consumer confusion and adding a satiric, negative spin to trademarked food brands. 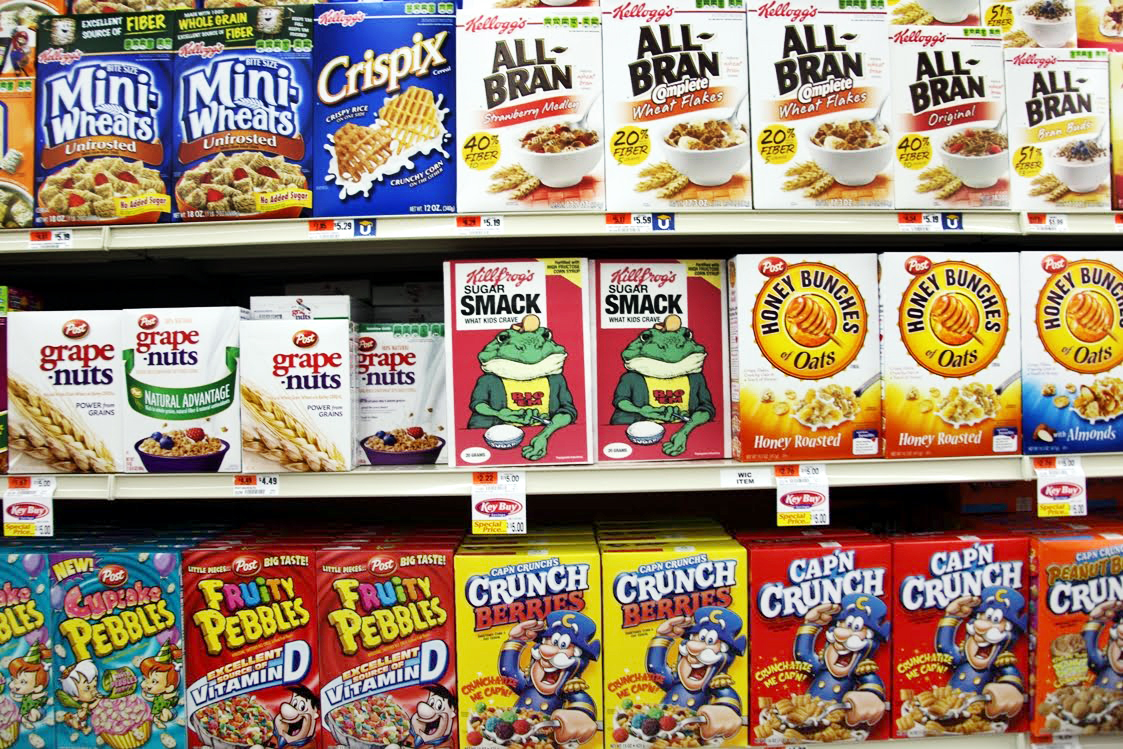 Some commentators have taken the cereal series as nutritional agitprop in opposition of childhood obesity. I’m not sure that English’s agenda is so politically correct, but I could be wrong.

The fun part of shopdropping, however, is when consumers puzzle over the aberrant branding messages and, in some cases, blithely purchase them. 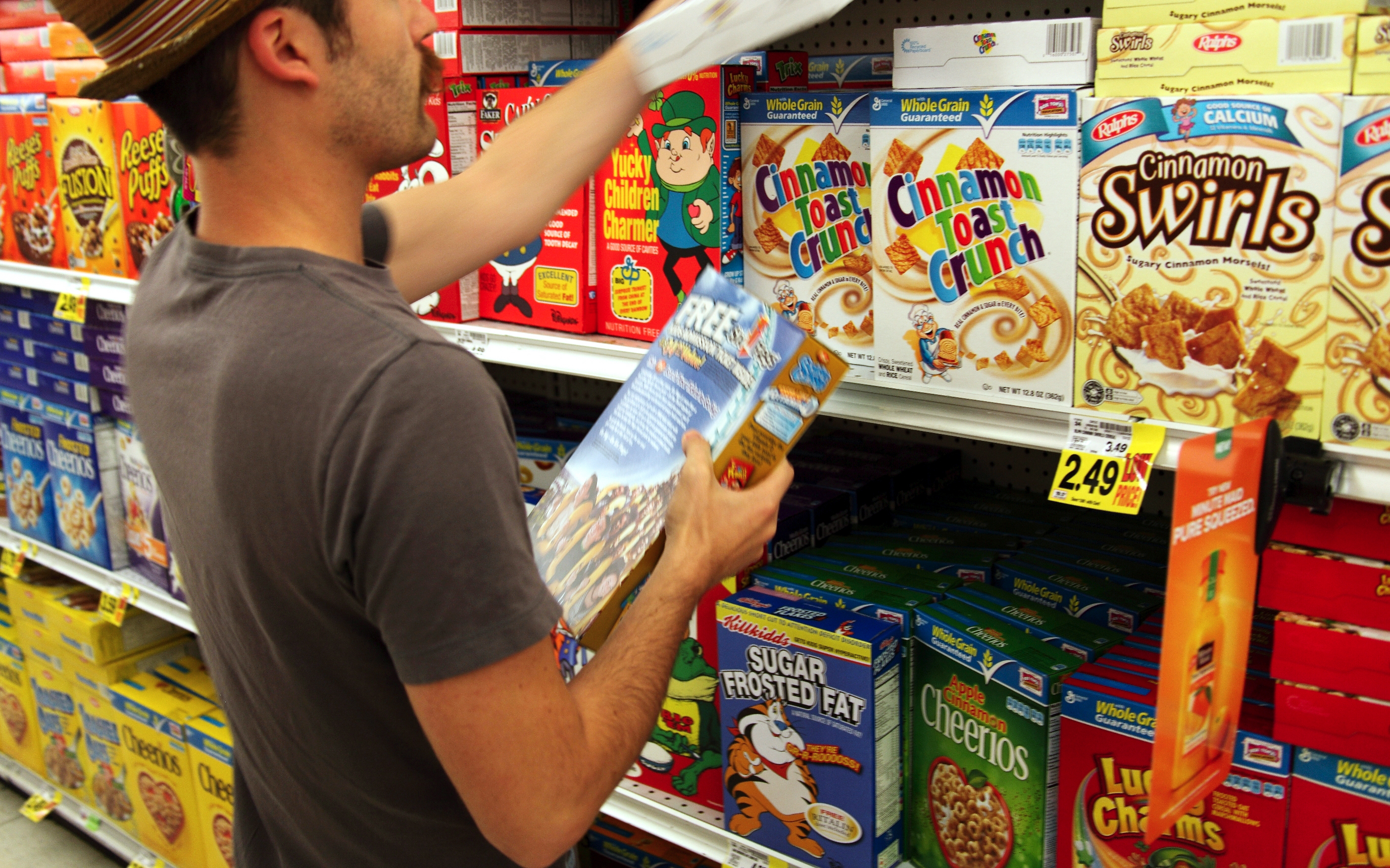 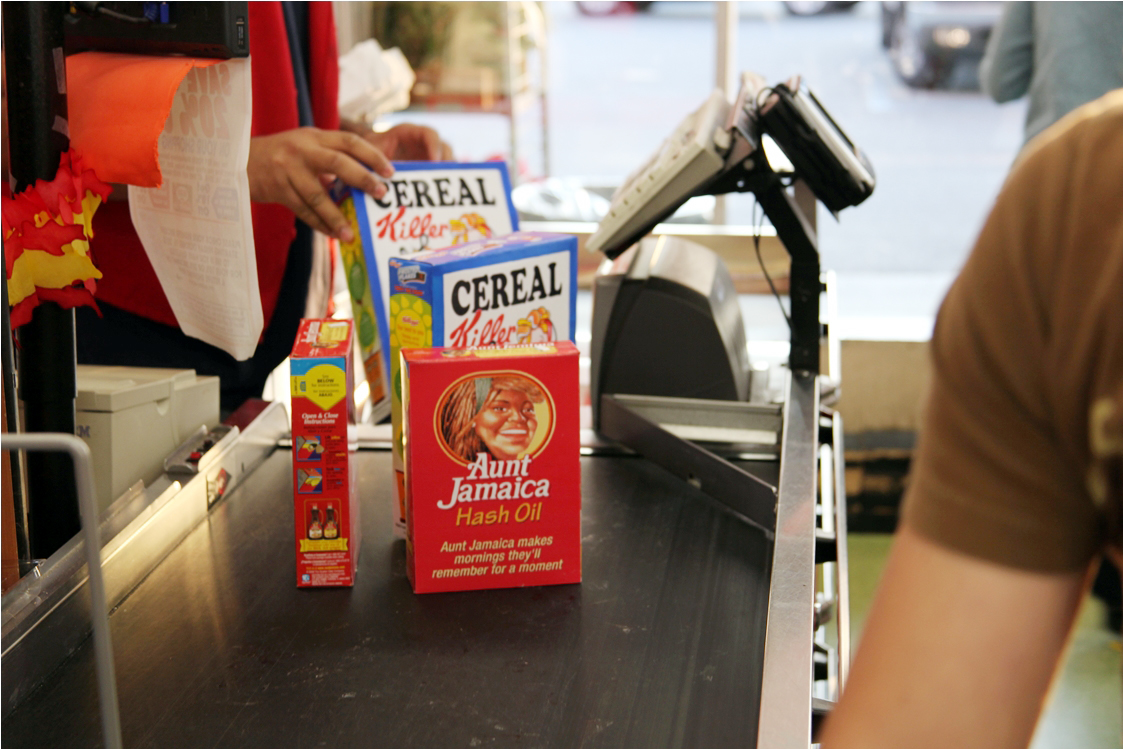 Part of the reason I prefer not think that English’s messaging is sincerely literal is the “Sugar Diabetic Bear” below, which in my (diabetic) view is amusing, but not entirly accurate. Yes, Type 2 diabetes can be brought on by obesity, but what about Type 1 diabetes? Eating sugar certainly didn’t cause my diabetes. (See: Diabetes Myths) 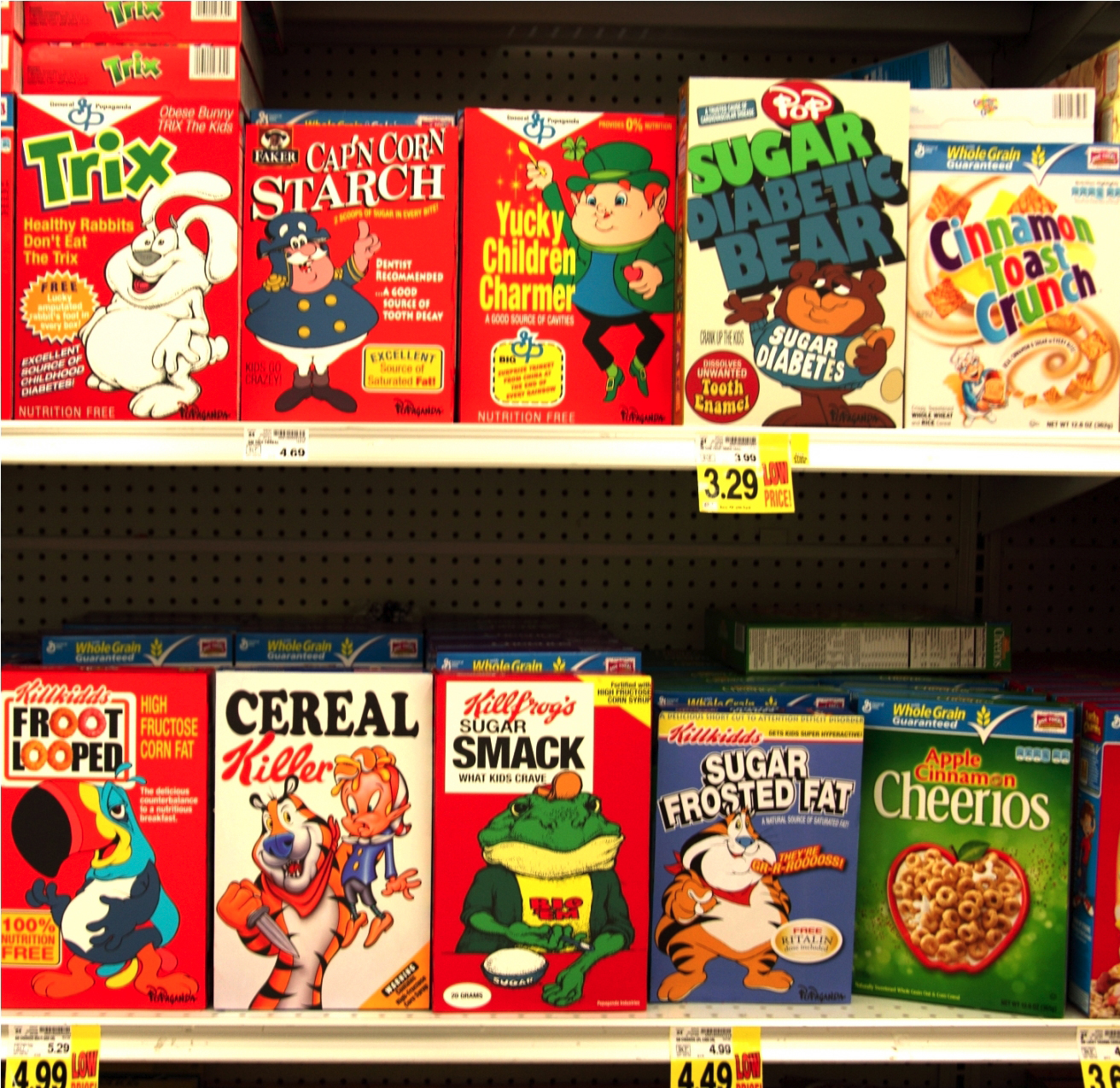 (One more thing about Ron English and diabetes, after the fold…) 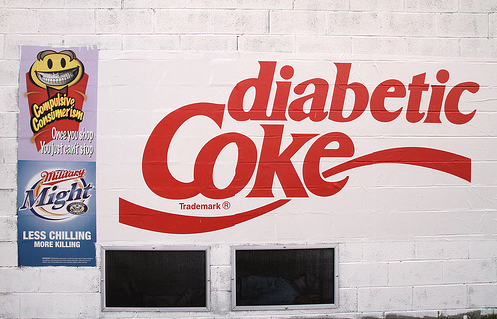 The artwork on this wall is attributed to Ron English and artist, Dan Witz.

Really this ought to be based on the Diet Coke logo, since that’s what we diabetics drink, but either way, it sort of ties into my earlier ruminations about diabetics and Coke/Diet Coke branding. (See: Coca Cola’s Dripping Negative Space)