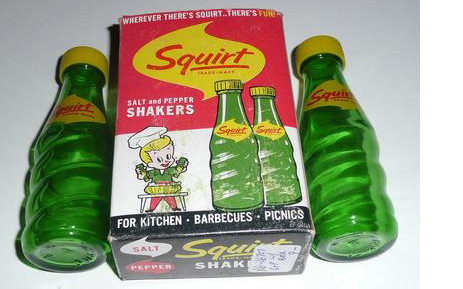 to promote its “exciting new kind of soft drink… with fresh fruit flavor you can see!” Side panel storyboards show where the fun, novelty shakers could be used …

Namely: in the kitchen or at a barbecue or at a picnic. But probably not at your dining room table. At least not in 1955, quite yet. (See: Branding in Your Home)

The idea of miniature packages serving as salt and pepper shakers has a certain logic. Salt & pepper shakers are, after all, nothing more than containers. Why bother transferring the contents of one container into another? 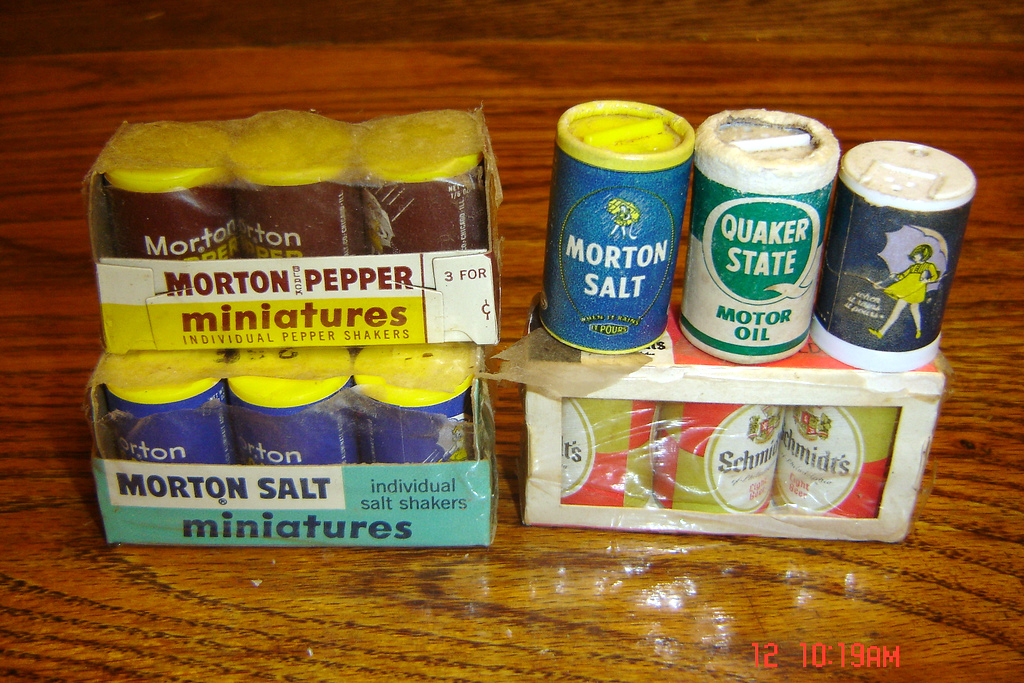 And needless to say, in encouraging consumers to go for that convenience, there was also a branding opportunity. And yet salt and pepper represent a duality that, the Squirt Company (and many others) chose to ignore. I know one can sometimes distinguish between opaque salt and pepper shakers by the number of holes in the top. But rather than having two identical mini-Coke-can-shakers on the table (see below) wouldn’t it have made more sense to have two differently branded shakers for salt and pepper? Say, regular Coke for salt and Diet Coke for pepper? 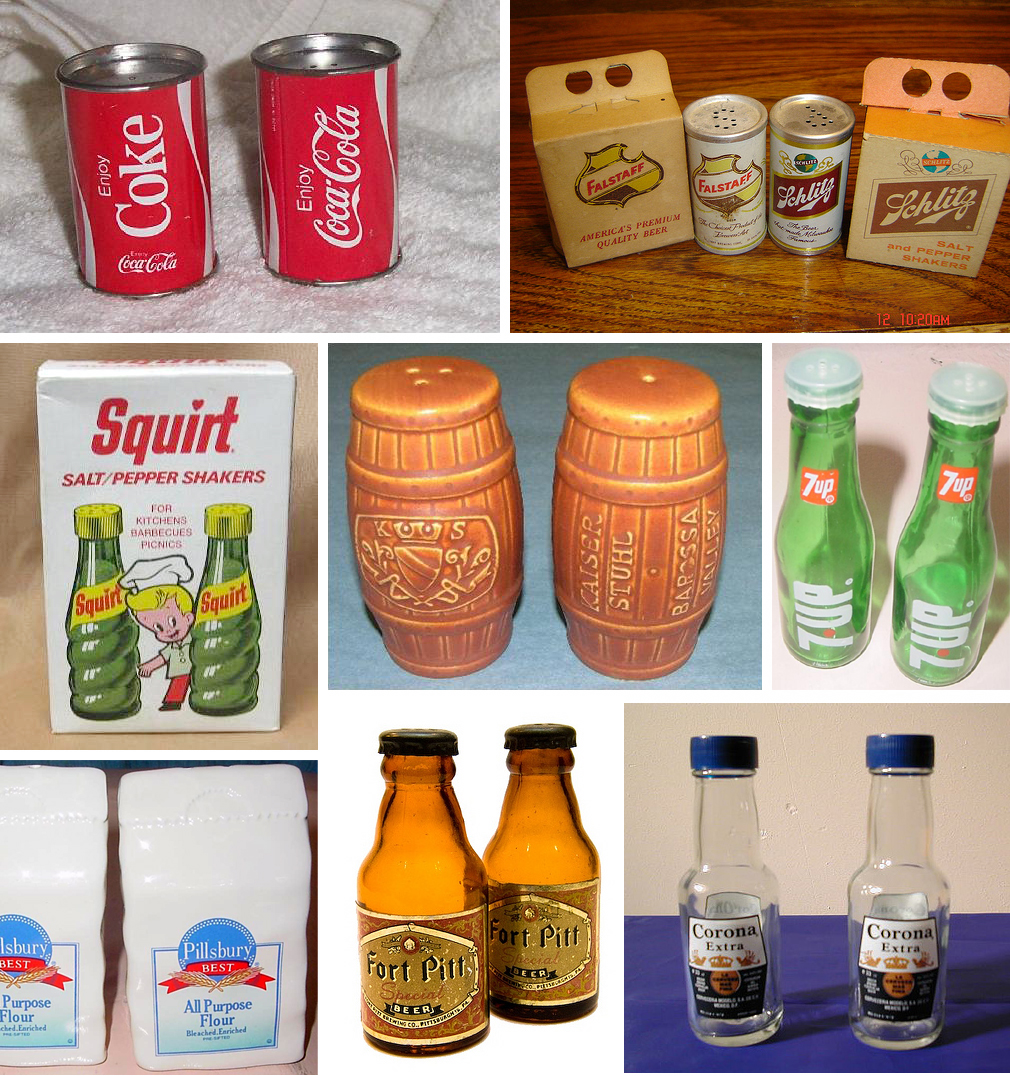 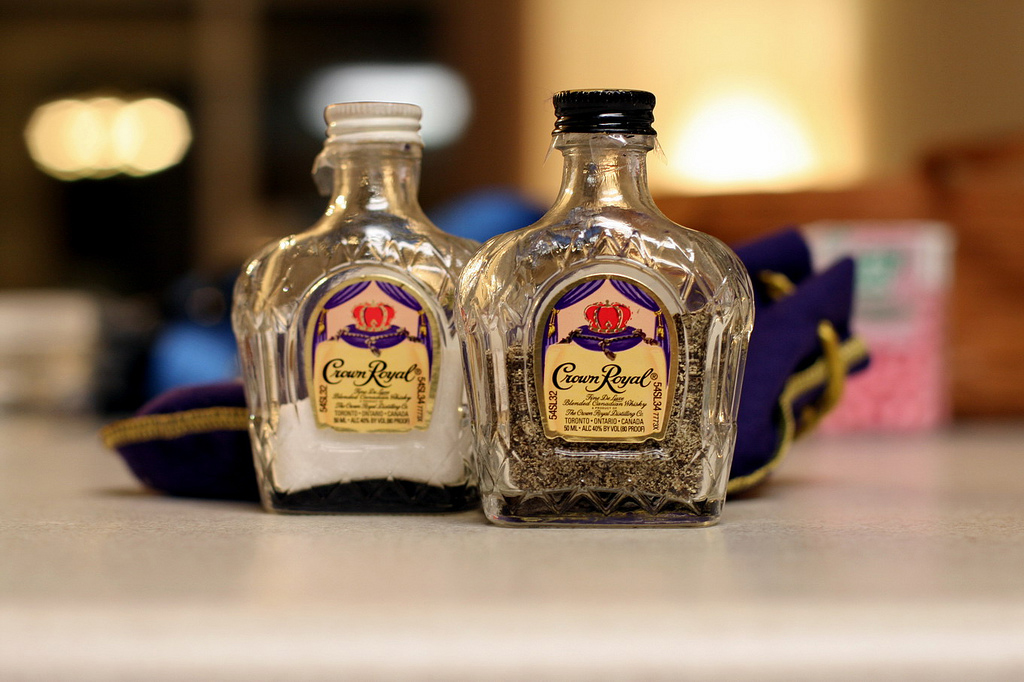 For those that no longer obeyed the no-branding-at-the-dinner-table rule, used packaging can also served as do-it-yourself salt & pepper shakers. (As the photo above, from Ankou’s Flickr Photostream, illustrates.)

But, as is so often the case, you can also look at this another way. As the three unrelated Flickr photographers (above) have all noted: sometimes branded salt & pepper packets are, themselves, contained in good, old-fashioned (unbranded) salt & pepper shakers.