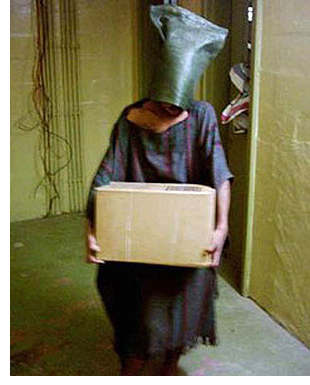 “This is where we pour the words into a jar, as if they were water. As if a jar of water was the same as a river. This is where we try to make a coherent narrative out of chaos.”

Nick Flynn
The Ticking Is the Bomb

Just finished reading Nick Flynn’s “The Ticking Is the Bomb”—a memoir in which he traces the connective tissue between his life as an expectant American father and the political and cultural implications of the Abu Ghraib torture photographs.

I’ve been a fan of Flynn’s writing since I picked up his first book of poetry, Some Ether at the library a few years back. The Ticking Is the Bomb may be his best work yet. While it might seem a risky gambit to interleave ones own stories in between stories of Iraqi torture victims, the effect is bracing. Rather than just compartmentalizing these disturbing news stories, as we often do, Flynn succeeds in showing how post-9/11 torture policy might just implicate us on a more personal level.

What does it have to do with packaging? Two ubiquitous examples of military packaging played major roles as props in many of the Abu Ghraib photos: the sandbag (re-purposed as a blindfold/hood), and the “meal, ready-to-eat” (MRE) box that detainees were forced to stand on while being subjected to torture. There was also a Huffington Post article about the use of these boxes and their appearance in the background of many of the other photos. (See also: Product Placement at Gitmo)

(More after the fold…) 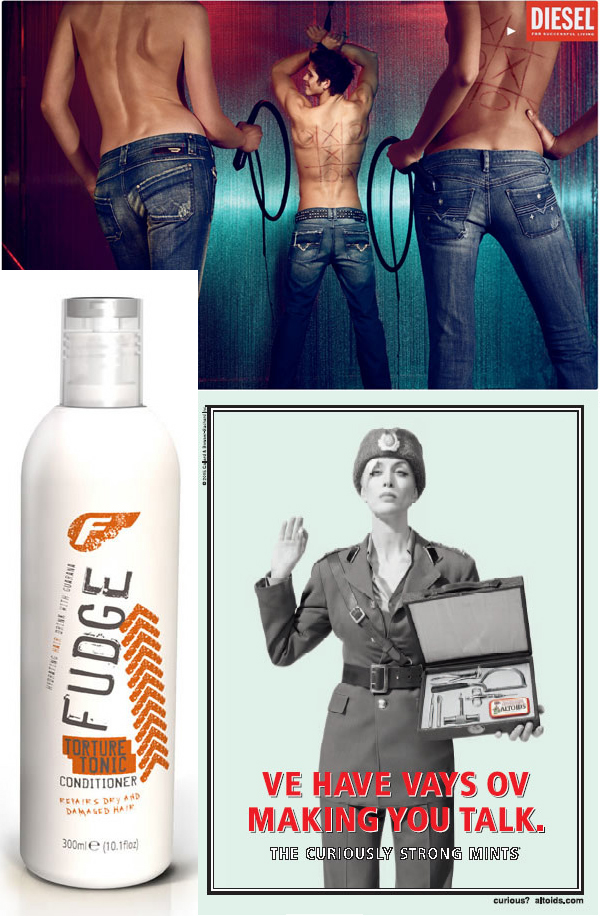 “note: The trend of using torture to sell things began immediately after the release of the Abu Ghraib photographs, for everything from Diesel jeans (images of flagellation)… to Altoids (Ve have vays ov making you talk).”

Nick Flynn
The Ticking Is the Bomb (notes section)

It’s not so surprising, I suppose, that torture in the news, becomes a fetishistic preoccupation for some and a fashion trend for others. (See: Nazi-chic) It is sort of surprising, though, how quickly the notorious Abu Ghraib photos were appropriated for a variety of agendas and even used in gag gift products.

Flynn has also written about the way television shows like 24  are making torture seem like a normal, culturally-acceptable fact of American life. (See also: “Packaging Terrorism” and the NY Times, “The Re-Packaging of Abu Ghraib”)