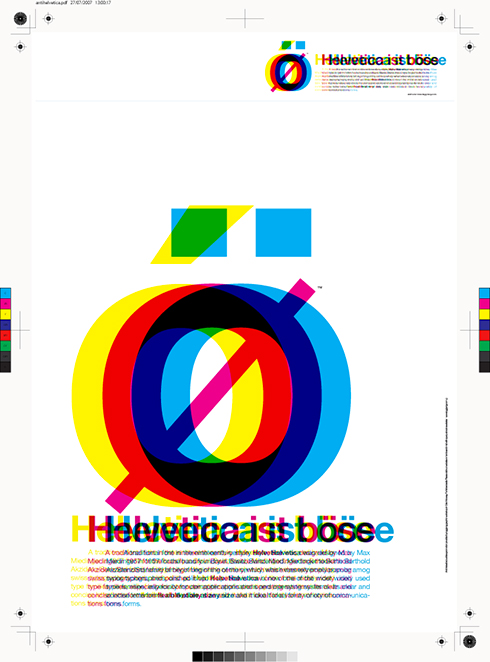 In earlier posts we looked at overlapping transparent typography in branding.

In Zrastrowany’s example above the out-of register thing is pushed so far that it’s made deliberately illegible. Or, at least, heavily encoded. (“Helvetica ist böse” translates to “Helvetica is evil.”)

Looking into it, one can find other examples of words broken into parts and printed on top of each other—or the same word overlapping backwards and forwards—all with the effect of making the word less legible.

What’s behind these self-annihilating typographic impulses? Messages that self-destruct before you’ve even had a chance to read them? A brand name set in a self-canceling font so that it’s de-branded from the start?

(One more self-cancelling CMY example, after the fold…) 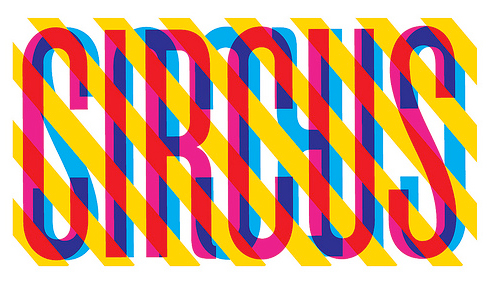 See also: De-Branding in Name Only