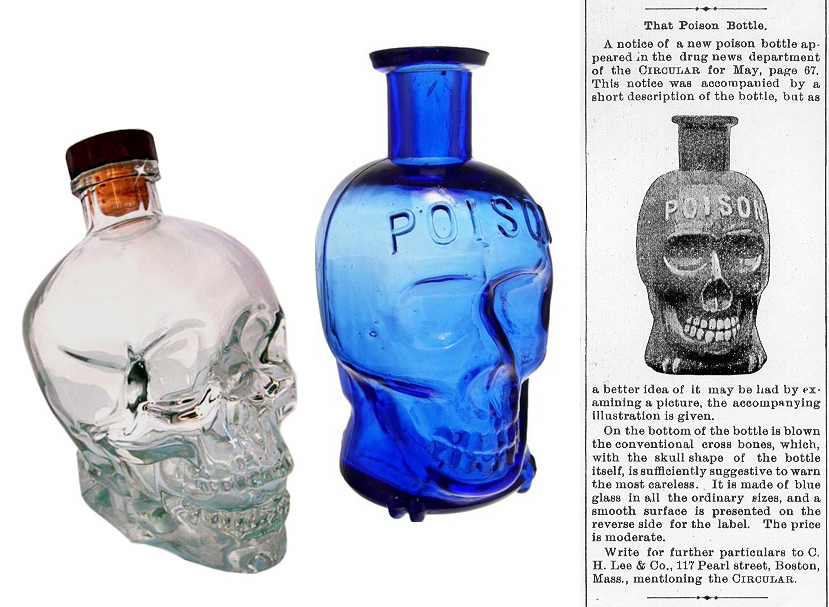 On left: Crystal Head Vodka bottle, designed in 2008 by American landscape painter and portrait artist John Alexander; center & right: a blue “KU-10“ poison bottle and an 1894 advertisement from the Druggist Circular and Chemical Gazette (via: Bottlebooks.com)

In 2008 when Dan Aykroyd was on tour promoting the launch of Crystal Head Vodka—(the vodka that comes in an unlabeled, skull shaped bottle)—I’d read that he would be at a nearby package store, and I was seriously considering making the trip. I was thinking I could maybe do a piece for the dieline or box vox about Crystal Head’s packaging. But I was feeling stingy about my weekend time and I’m shy around celebrities, so I opted out.

Two years later, after having recently posted about alcoholic beverages packaged to resemble rat poison, I happened to run across Dr. Caterson’s 1875 patent for a skull shaped poison bottle (below) and I figured, now’s the time. (I suppose I could wait for Halloween, but I have something else in mind for that…)

According to the company’s web site the skull-shaped bottle is all about certain legendary crystal skull artifacts. (See: Indiana Jones and the Kingdom of the Crystal Skull).

And yet the real appeal of these bottles is clearly their association with death, danger & poisonous liquids. Just this year, in May, the Liquor Control Board of Ontario banned the sale of Crystal Head Vodka.

“The image of the human skull is the thing that’s really problematic for us,” said LCBO spokesman Chris Layton. “That’s an image that’s commonly associated with death. It’s especially problematic at a time when there are concerns around binge drinking by younger adults, which in some cases unfortunately has resulted in alcohol poisoning.”

(Which, as Aykroyd correctly observes, may serve to make his product even more appealing…)

“I like it, it kind of makes the product more appealing in my view. This is a decision that’s been made reflecting the appeal of the product, because the board is rightly concerned that under-aged drinkers may go to illegitimate means to obtain a bottle of Crystal Head, maybe steal it or whatever.”

(More skull-shaped bottle photos, the patent text, the box, and a celebrity video, after the fold…) 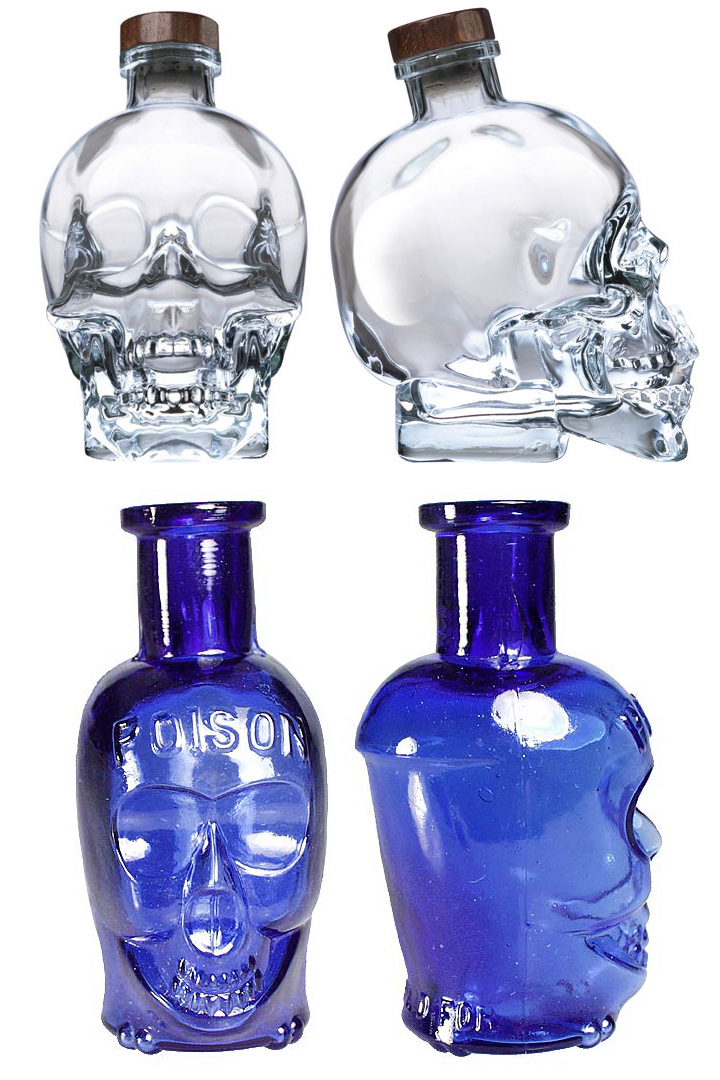 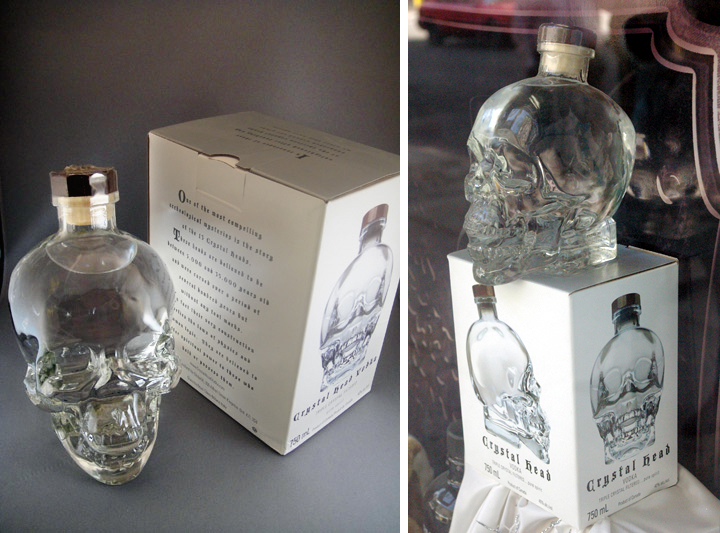 (Unlabled bottle must come in a saleable, labeled box) Photo on left: from crystalskulls.com; photo on right from UN1SON’s Flickr Photostream

And, although it is not yet Halloween, John Hodgman’s tasting of Crystal Head Vodka: