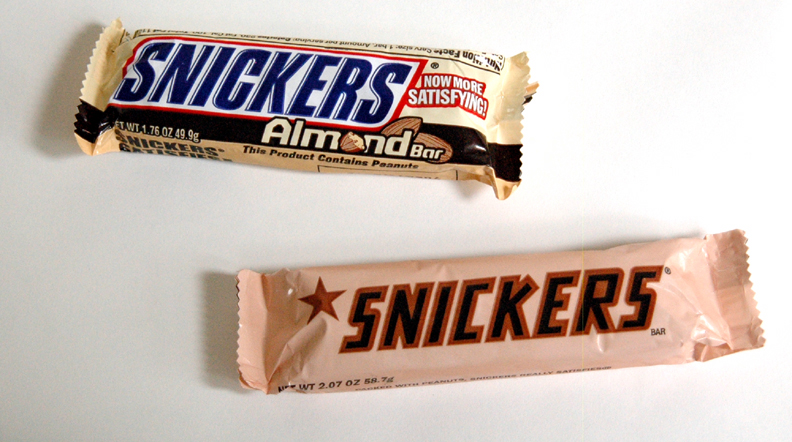 My son recently alerted me to a stark new wrapper for Snickers that he found at a Wal-Mart in Tulsa. Not a full-fledged Snicker redesign, I don’t think. Apparently this version of Snickers is a Wal-Mart exclusive. Strikes a lot of people as sort of Soviet-looking. Any product with a single star has a way of doing that, intentionally or not. (See my post on Sappora beer.)

I’m thinking that what was intended here was maybe nothing more than a sort supplier’s homage to the single star in the old Wal-Mart logo. (Needless to say, the new Snickers bar wouldn’t look so Soviet if they had used the new Wal-Mart starburst symbol.)

Does anyone know the real story behind this pack?

Update: thanks to your knowledgeable comments, I now know the truth. It is indeed nostaligic packaging harking back to their original 1930’s wrapper. (The single star turns out to be from the original Mars logo.)

(Some photo evidence after the jump…) 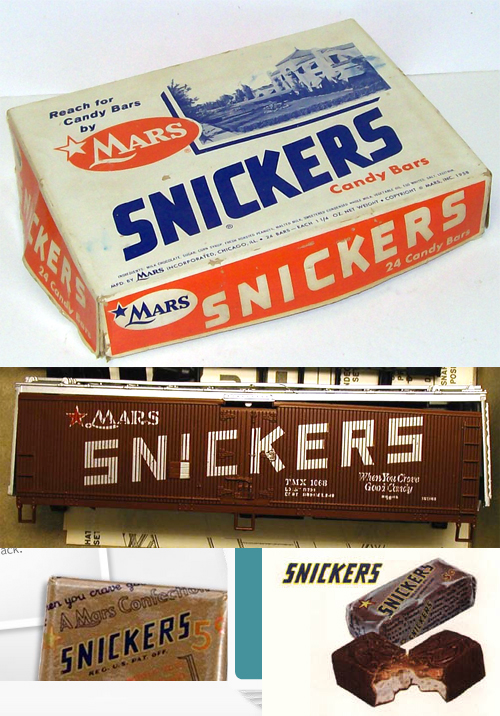