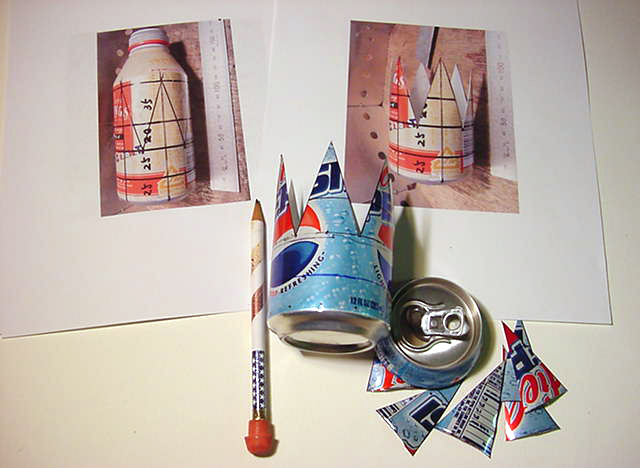 The third in what appears to be a series of incendiary packaging posts: soda can stoves. (Another interesting packaging re-use.)

(More photos after the jump) 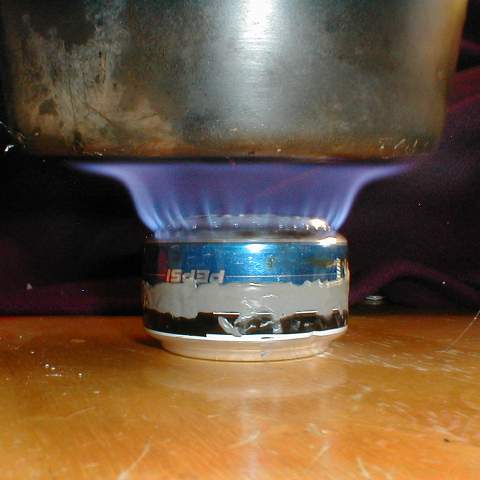 Photo from Wikipedia of a Pepsi can stove in use

According to the Wikipedia entry for “beverage can stoves”:

Pepsi-brand aluminium
cans are often used because they have a bottom shape that lends itself
to securing the stove’s inner wall, and because of this the stoves are
sometimes called Pepsi-can stoves.