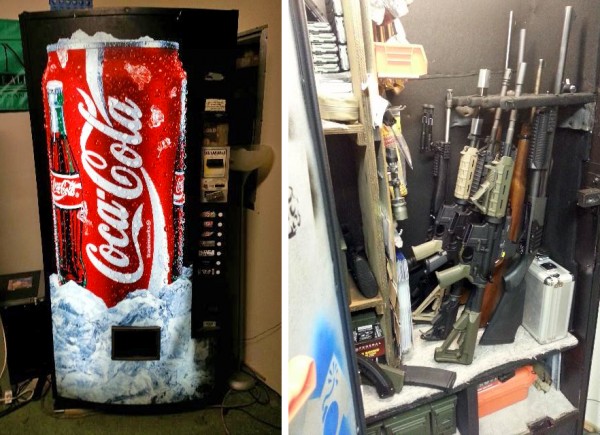 i have for sale, a custom gun safe. i made it myself and spent lots of time making it right. i have the key to it and have been using it for a while. racks inside were pulled out and shelf was installed. also comes equipped with internal electric dehumidifier, light bar, and power strip for adding electronics inside. holds 10 rifles and anything else that you would like to put in it. i keep guns, ammo, parts, important paperwork inside. light on front is working, peg board wall inside, felt padding on every place your rifle may touch, and the best part is that nobody has to know that anything is inside. outside in good condition but its not a museum piece. i am interested in selling or trading it. shoot me an offer and we may be able to work out some kind of deal.

Our last post was about Coca-Cola and guns, but to be fair, it should be mentioned that the majority of “soda machine gun safes” that you find online are made from decommissioned Pepsi machines. 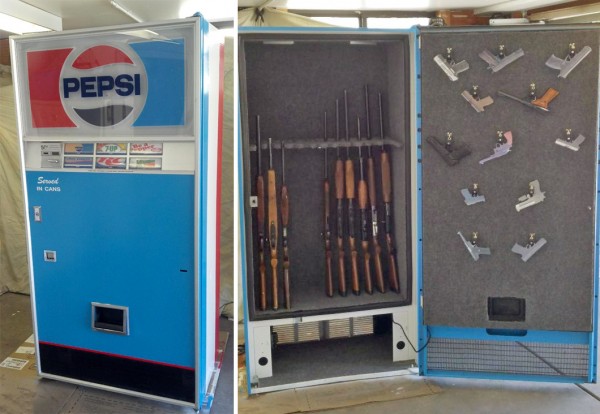 Up for your consideration is a very nice Custom Pepsi Pop Machine Gun Safe. Rest assured your guns and ammo sit in your man cave fully secured and hiding in plain sight.

Everyone loves things that looks like other things, but it’s the concealment of weaponry that seems to be the major selling point of the soda machine gun safe.

If guns in a “Trojan horse” soda machine strike you as bad for a beverage brand, rest assured that Coke & Pepsi are not the only brands out there with this problem. What other brands of soda machine have we found that contain guns instead of soda pop?

After the fold, we have a round up of all five.

For reasons that I cannot explain, Pepsi seems to be the #1 brand for ballistics storage. 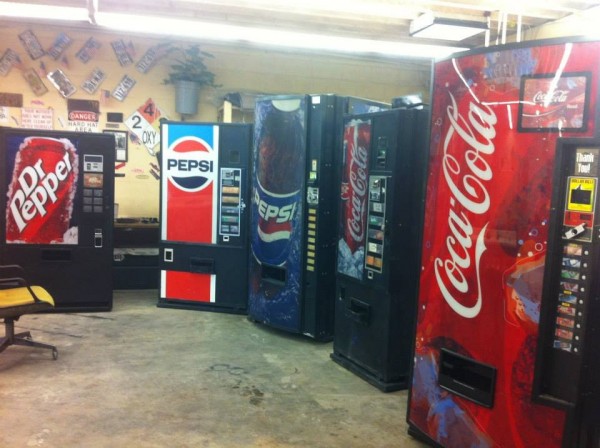 The Pepsi machine, shown in the video below was converted to a gun safe by rdub702, based in Los Vegas. It can accommodated 21 guns.

Another Pepsi machine converted to a gun safe by rdub702 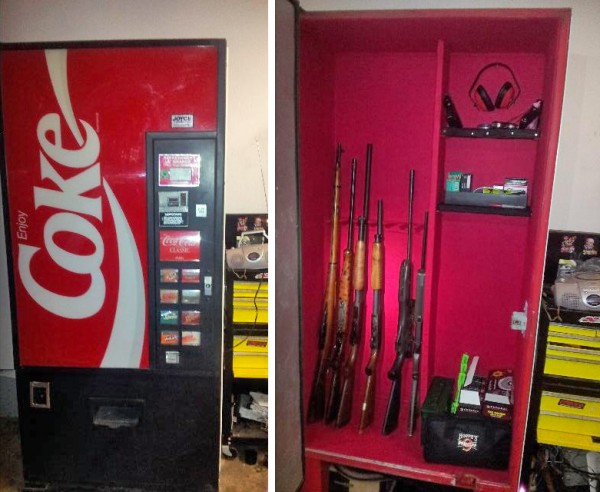 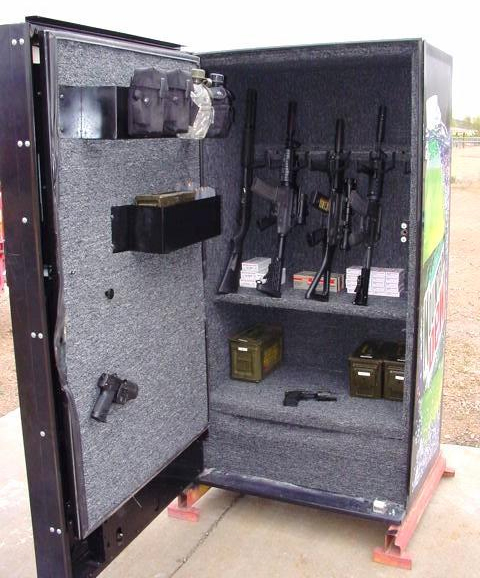 A number of vending machine companies have noticed this secondary market for used vending machines. The Mountain Dew machine gun safe above is from Arizona-based High Desert Vending. (Some of the guns in this photo are toy guns.) 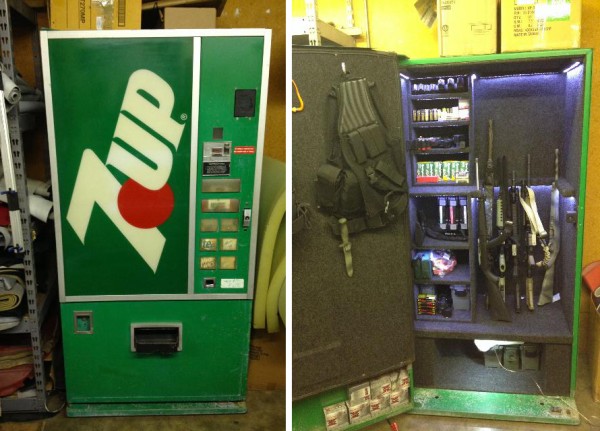 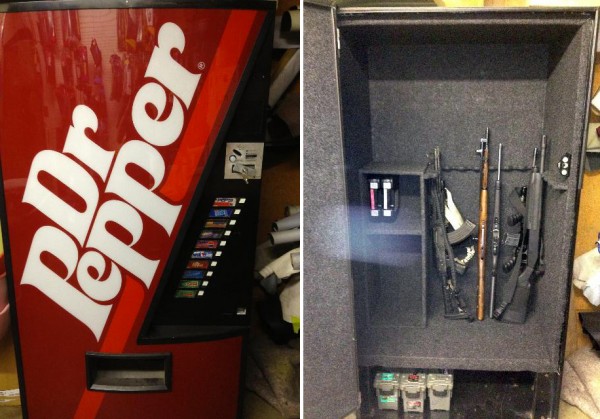