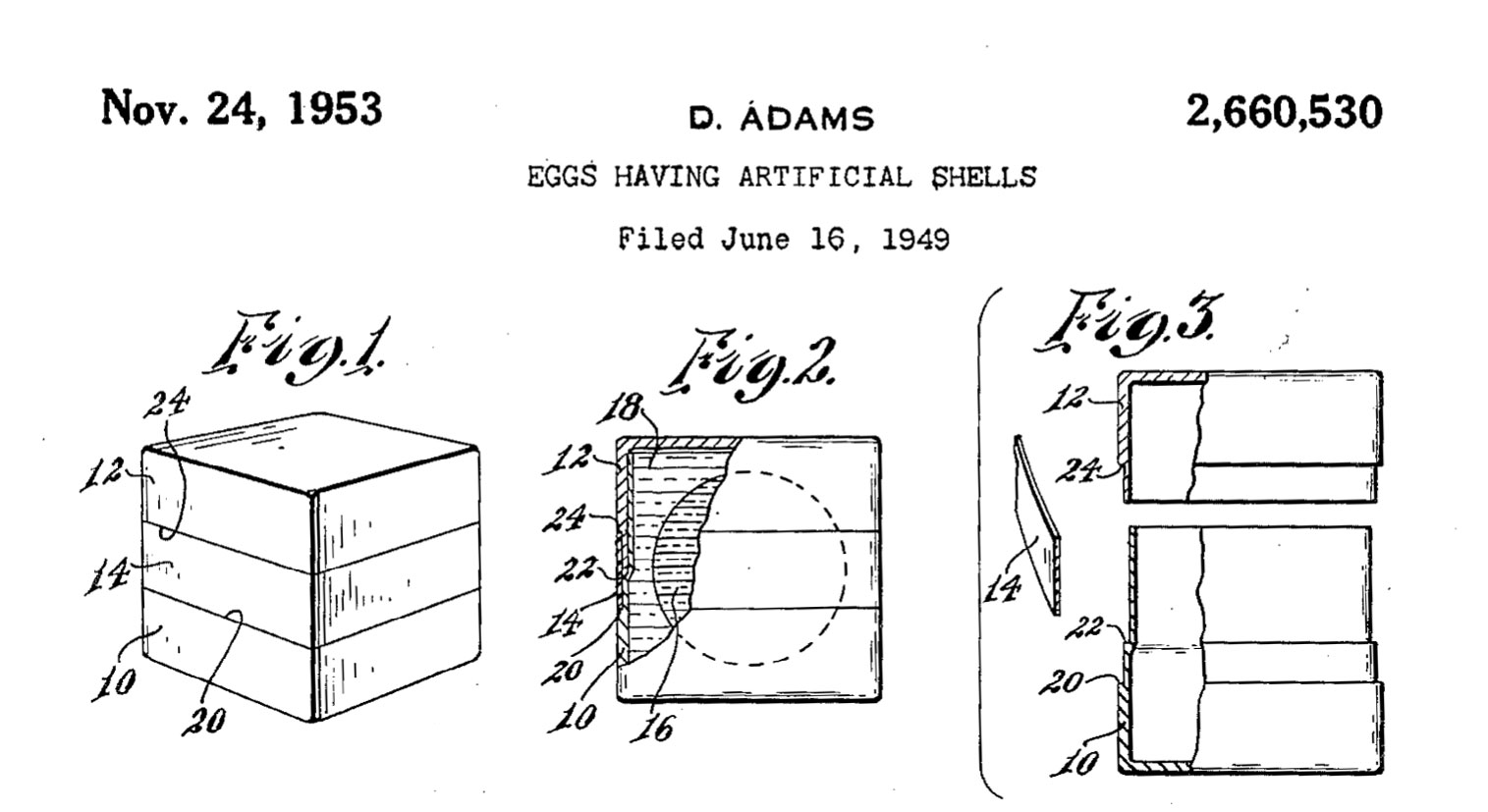 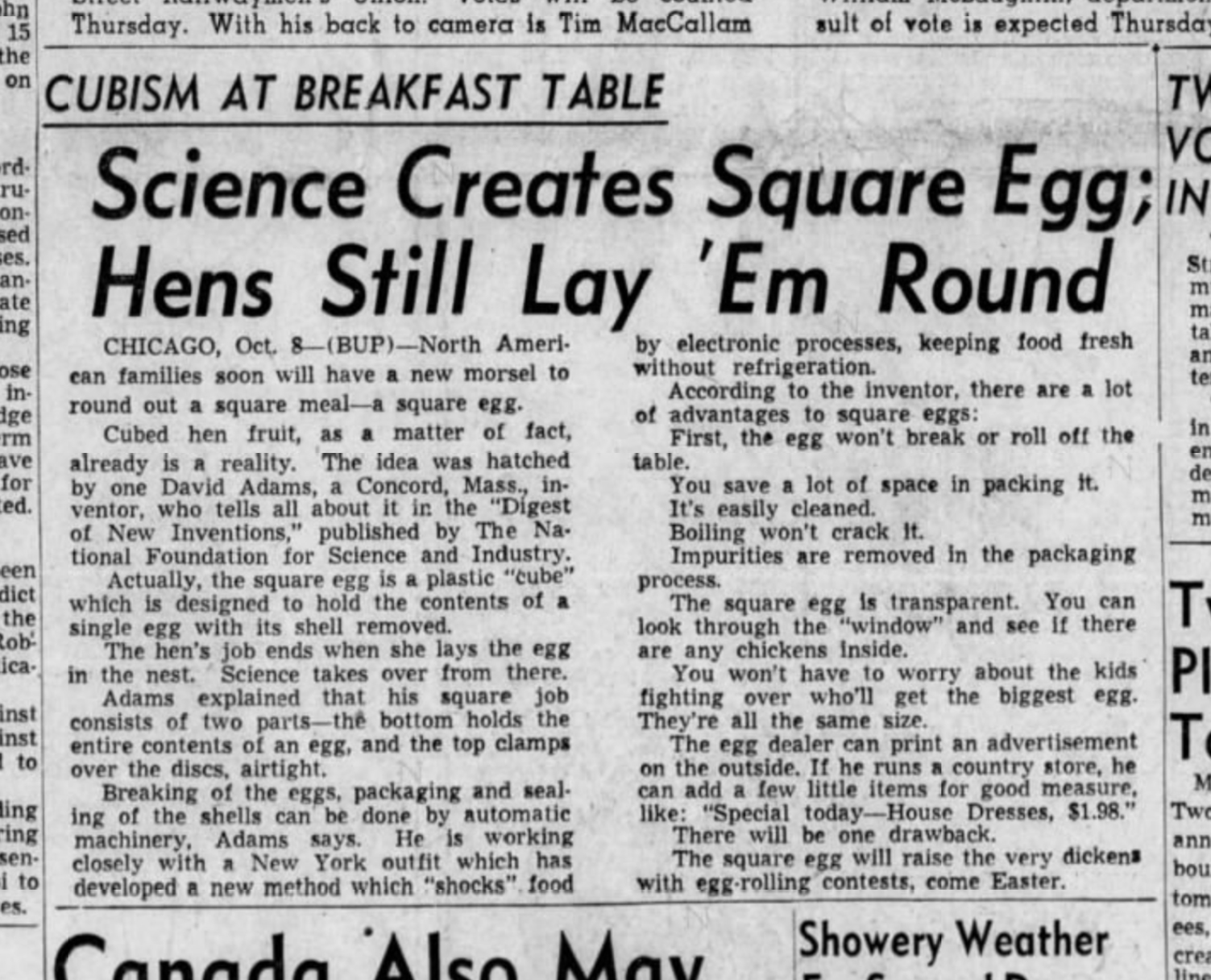 American families soon will have a new morsel to round out a square meal — a square egg.

… The idea was hatched by one David Adams, a Concord, Mass., inventor who tells all about it in the “Digest of New Inventions,” published by the National Foundation for Science and Industry.

Actually, the square egg is a plastic “cube” which is designed to hold the contents of a single egg with its shell removed.

The hen’s job ends when she lays the egg in the nest. Science takes over from there.

…Breaking of the eggs, packaging and sealing of the shells can be done by automatic machinery, Adams says. He is working closely with a New York outfit which has developed a new method which “shocks” food by electronic processes, keeping food fresh without refrigeration.

Despite all of the publicity, I can find no published photos of the product. Which leads me to wonder whether Adams square eggs ever actually came to market.