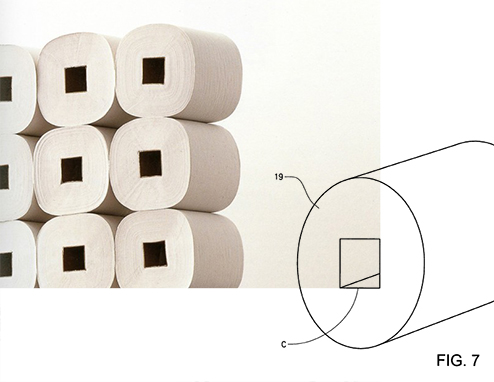 What are the benefits of a square (or substantially square) roll of toilet paper? 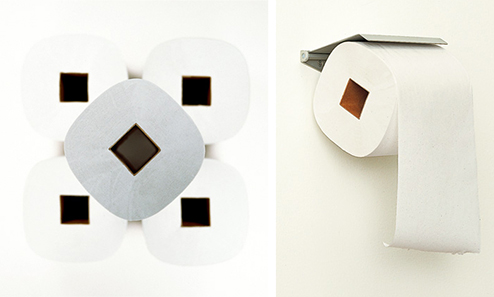 1. For Shigeru Ban, (an architect known for his innovative use of spiral wound paper tubes as a building material), the square core tube was proposed as a bathroom conservation strategy. Like toilet tanks that consume less water per flush, his 2000 “Toilet Paper” is engineered to constrain consumption of paper…

Architect Ban is known around the world for designing buildings using paper tubes. He has a genuine reason for this approach. Paper tubes can be produced at a low cost and can be recycled when they are no longer needed. Toilet paper attracted his interest. Ban’s re-designed toilet paper has a square tube. The conventional round roll smoothly supplies more paper, “swoosh, swoosh”. The square roll resists, functioning to reduce resource consumption. What’s more, when packaged, the square rolls fit together nicely, saving space in transportation and storage.

Kenya Hara, from the 2000 “RE DESIGN” exhibition

With square cigarettes, there was one patent which used the phase “substantially square.” In this case, what’s striking is not so much that the roll thas been made square, but that the roll has square paper tube core. (Reminds me of those ancient Chinese coins with the square holes.)

The “re-designed” toilet paper, however, isn’t even “substantially” square. More like: somewhat square. It’s this 2nd reason, (highlighted in yellow above) —that square rolls of toilet paper fit together “nicely”— that figures into our next example. 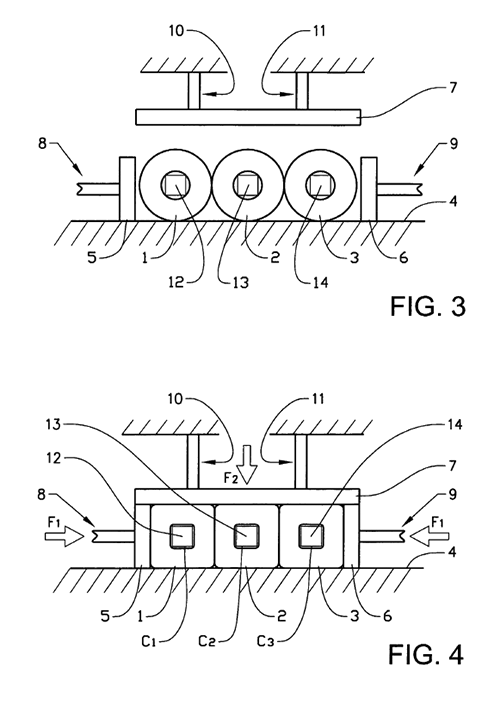 2. The primary benefit cited by by Fernfors Ingemar and Schinkoreit Wolfram in their 2005 “Core-wound paper product and method of making it” patent is close packing.

Rather than preventing excess paper from being dispensed, the idea here is for the manufacturer to save money on packaging and shipping, by compressing the product to take up less space.  (Again, the product is described as “substantially” square.)

“The invention relates to a method of packaging a paper product comprising at least one compression loaded, core-wound roll of paper and a compression constraining means for constraining such roll, said compressive loading being applied to said roll to effect a deformation of said core of each roll into a substantially square cross-section, and said constraining means comprises means for constraining each such deformed core and wound paper roll. The invention further relates to a method of packaging an array of such rolls, as well as an article packaged in accordance with the invention.”

This patent was assigned to Swedish consumer goods company, Svenska Cellulosa Aktiebolaget (SCA). Did they ever manufacture such a product?  I don’t know.  Do you?

(Meanwhile: we have one more square roll of toilet paper, after the fold…) 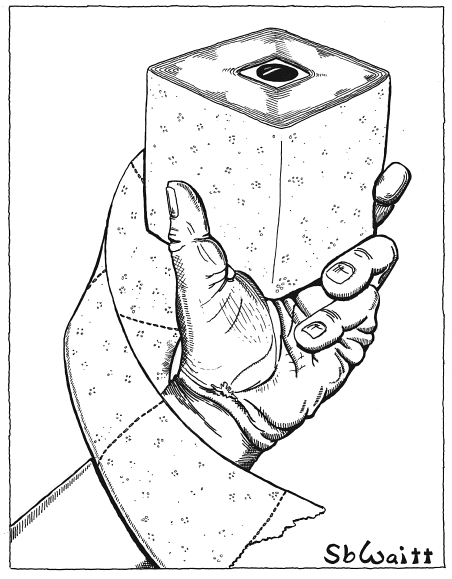 3. For Sb Waitt, in his 2012 book of drawing and stories, the benefit of a square roll of toilet paper is the same as one of the benefits we’ve seen cited for the idea of a square cigarette: it is substantially less likely to roll away when dropped.

“YES THIS IS MAN’S GREATEST invention, a square roll of toilet paper. It doesn’t fall of the roll when you sit it on the round holder. And, if it does fall off it doesn’t roll away from you while sitting on the toilet after it hits the floor.”