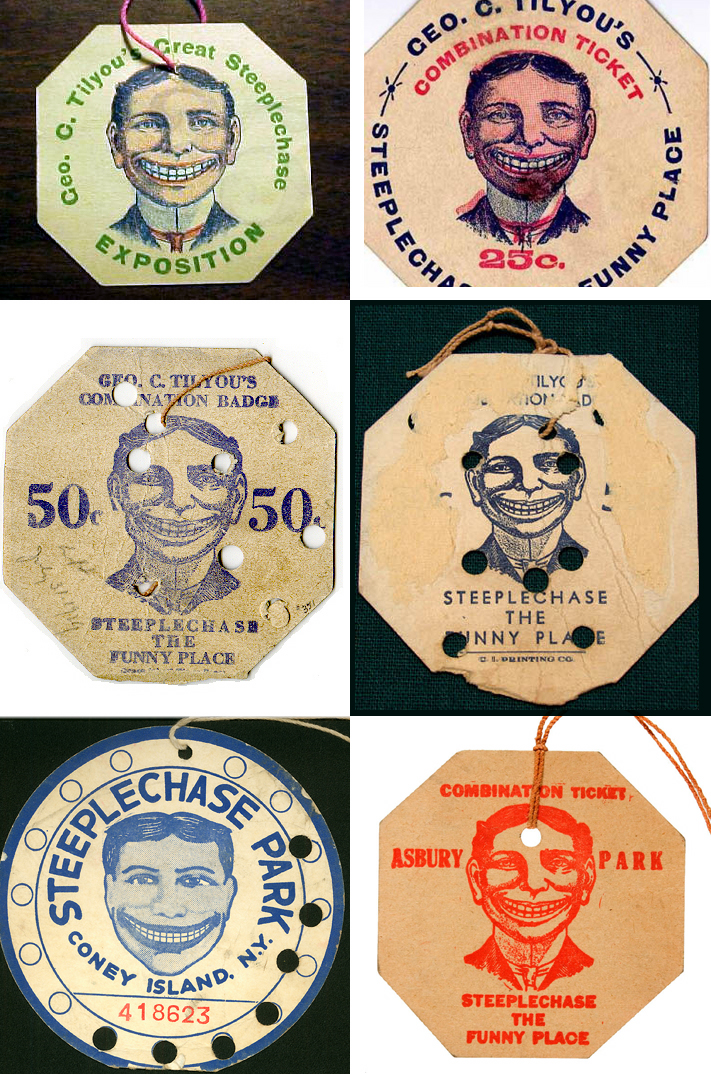 Another thing that Tuesday’s denture-shaped candy package reminded me of, was the scary “Steeplechase Jack” logo used for Coney Island’s (and Ashbury Park’s) “Steeplechase, The Funny Place.”

While Steeplechase’s attractions were slightly more low class and vulgar than the competition, the public was quite anxious to patronize Tilyou’s park. Perhaps his huge celebrated Steeplechase Funny Face grinning frightfully with its forty-four teeth (12 more than normal) exemplified the mood of the park’s attractions. It was grotesque, a diabolical jester that hinted at a promise of irresponsible hilarity visitors hoped to experience within. And they could experience it all by purchasing a combination ticket; 25 attractions for 25 cents.

“I have heard it was copied from the sign in a dentist's office, and has 44 teeth”

George C. Tilyou’s “Original Tille” (circa 1890): Often referred to as sinister or creepy, this icon nevertheless oversaw the, um, clean, wholesome fun had by thousands of Coney Island visitors from the 1890’s onward. Amusement park patrons who grew up with him admit that Original Tillie scared them, yet they miss him. 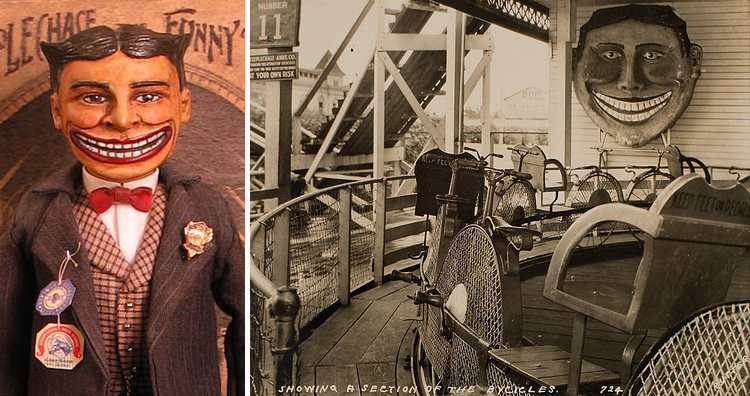 As with Lewis Carroll’s Cheshire Cat, this creepy Victorian-era smile singles itself out for consideration. You have to wonder: “Does this forced levity mask cruel intentions?”

Two other characters frequently cited in comparison to Steeplechase Jack are: The Joker and The Man Who Laughs. In both cases, their smiles were unnatural facial expressions inflicted on them during childhood. The joker’s smile was the result of a knife attack, extending the corners of his mouth. Gwynplaine’s smile in “The Man Who Laughes” was due to the disfiguring surgery of the king’s surgeon, refashioning his young face into a permanent smile so that he would “laugh forever at his fool of a father.” Such deliberate mouth modification even has a name: the Glasgow Grin! 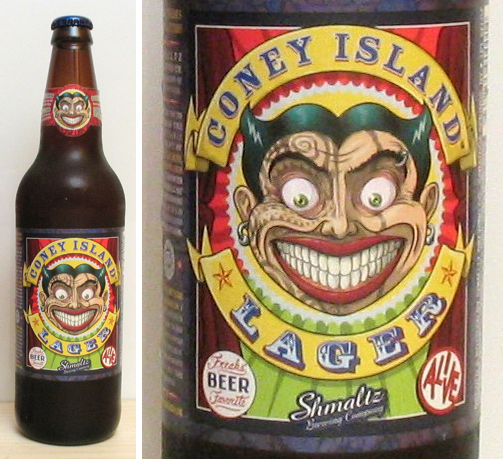 Matt Polacheck’s beer label and carton design (with illustrations by Dave C. Wallin) for Shmaltz Brewing is based on a modified version of Steeplechase Jack’s (already modified?) Glasgow Grin. 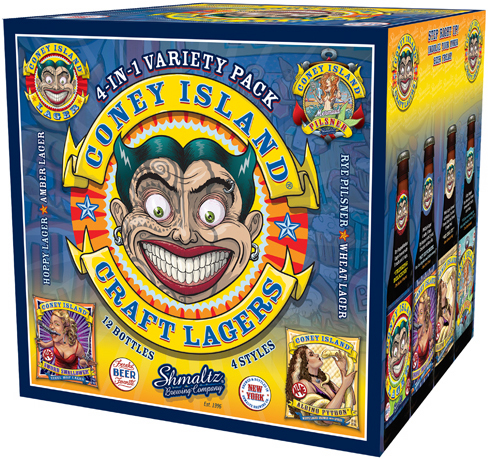