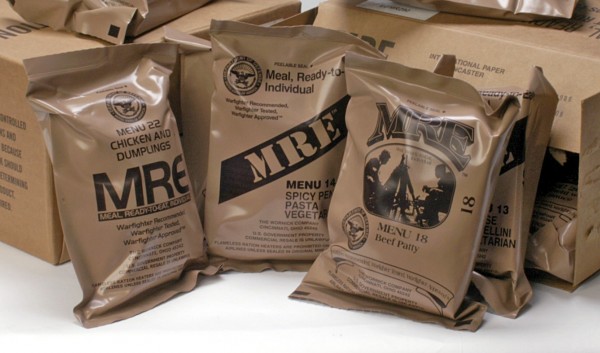 In 2008 the U.S. military issued three new designs for their MRE (Meals, Ready to Eat) packaging. The MRE packaging redesign was the culmination of a decade of research and testing of “soldier/consumer” preferences.

The result was not exactly a unified brand identity. There are 3 different type treatments and one design features a graphic silhouette of soldiers sitting with stacked arms.

Nonetheless, there are some elements shared by all three packs, including the memorable tagline: “Warfighter Recommended, Warfighter Tested, Warfighter Approved™”

Noting that “packaging plays a psychological role in forming a Warfighter’s opinion of the food inside,” the Pentagon redesigned MRE bags in 2008.


… Beginning this year [2008], Meals Ready to Eat will be sporting a new package design.

…. In 2006, the US Army Natick Soldier RD&E Center began evaluating new graphic designs for the MRE bags. They started off with 18 new designs and weeded that list down to 9 designs. Further review brought the list down to 5 designs. Those designs were then “field tested” with soldiers to see which ones they preferred.

… The three best graphic designs were finally approved and specified in the 2008 ACR for future MRE bags.

The three “best” graphic designs chosen in 2008 are still in use today. 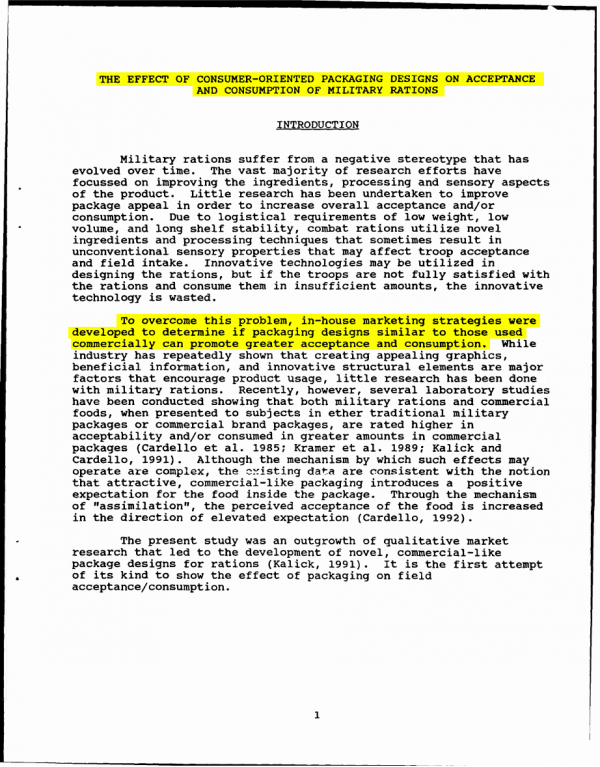 Above is page 1 from Joan B. Kalick’s The Effect of Consumer-Oriented Packaging Designs on Acceptance and Consumption of Military Rations, a 1992 technical report for The U.S. Army Natick Soldier Systems Center (NSSC).