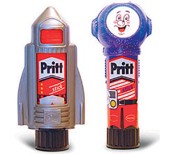 Already touched once (in 2009) on the figural glue stick character known as “Mr. Pritt.”  We knew that Pritt’s “glue stick” packaging concept was based on lipstick — an idea that occurred to Dr. Wolfgang Dierichs on a 1967 airline flight:

On board an airplane, the Henkel employee let his gaze wander, watching absentmindedly as a young woman put on some make-up.

She pulled out a tube of lipstick and applied it to her lips with a practiced hand. And at this moment, a light suddenly went on in Dierichs’ head, a sudden burst of inspiration that seemed to come from nowhere: Why, he asked himself, don’t we have glue in solid form like a lipstick? Small, handy and always ready to use.

The Invention of the Glue Stick
Prittworld.com

And we knew about Pritt’s 2001 outer space product testing with Russian commander Yuri Usatchew aboard the International Space Station. 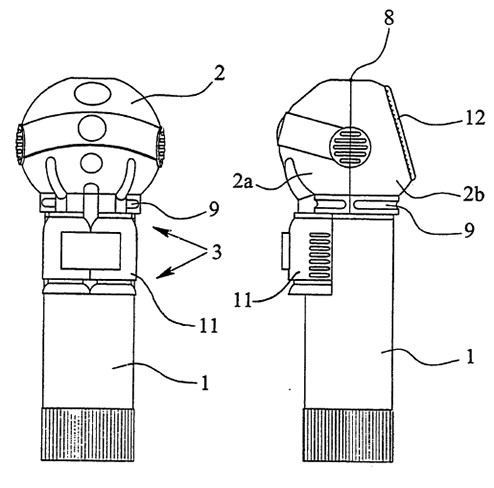 But we were not yet aware of Pritt stick’s 2002 “Astronauten Edition” packaging, in which Mr. Pritt is given a more specifically anthropomorphic packaging treatment as an astronaut, with arms and legs depicted on the body of the glue stick, and given a cap, shaped like an astronaut’s helmet or astronautenhelm. There was also a space shuttle shaped variant (Raumfähre) of this promotional packaging.

These package designs were clearly an attempt to capitalize on Mr. Pritt’s 2001 Soviet space launch aboard a Soyuz rocket. They also created a logo (with an orbiting, inter-planetary “O”) to promote the product’s “Space Proof Quality” which can be seen in the commercial below..

It was Andreas Meyer’s design patent for a package design in the form of a headless astronaut’s body that first led us to this subject. Further research revealed a related patent of his for a helmet-shaped cap, as well as the rocket-shaped shell for another design. 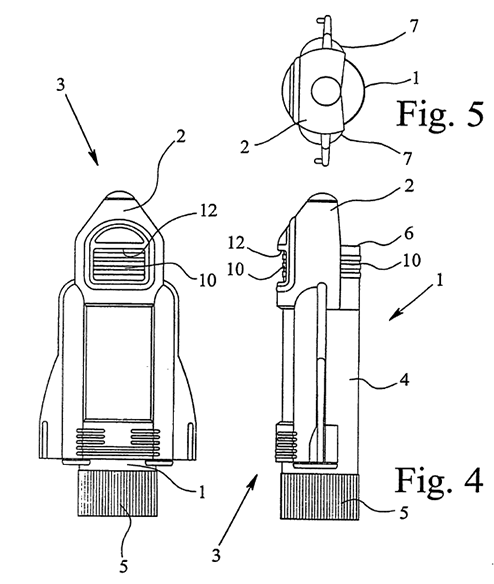 As for the “Astronauten Edition” packaging, I was only able to find one or two tiny photos online, in connection with a 2002 press release.

It’s surprising not to find some evidence of an eBay “grey market” for these packs as “vintage Pritt-stick outer-space toys.”  Lacking this, one must conclude that not very many of these were ever actually manufactured and sold.

(More about Pritt Stick in space and some more videos, after the fold…) 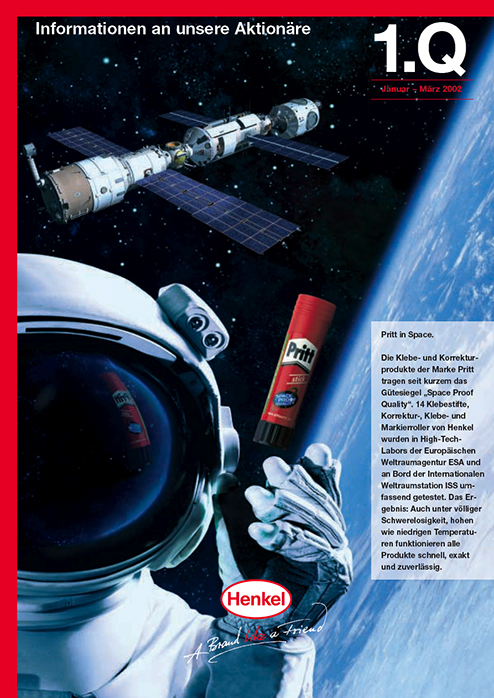 …but occasionally, when the stars are aligned just so, Mr. Pritt dons the old astronautenhelm. 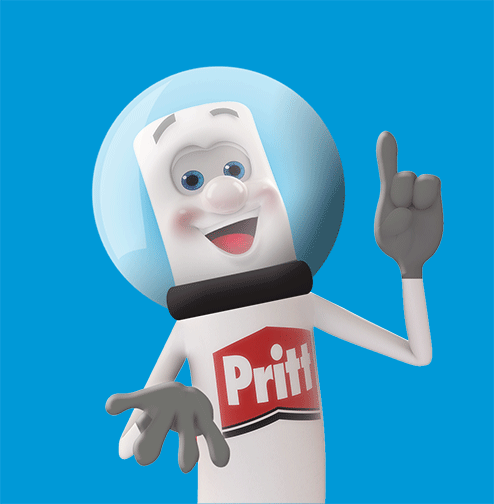 Another Pritt-in-Space commericial, this one credited to Pixel Studio Produccions.