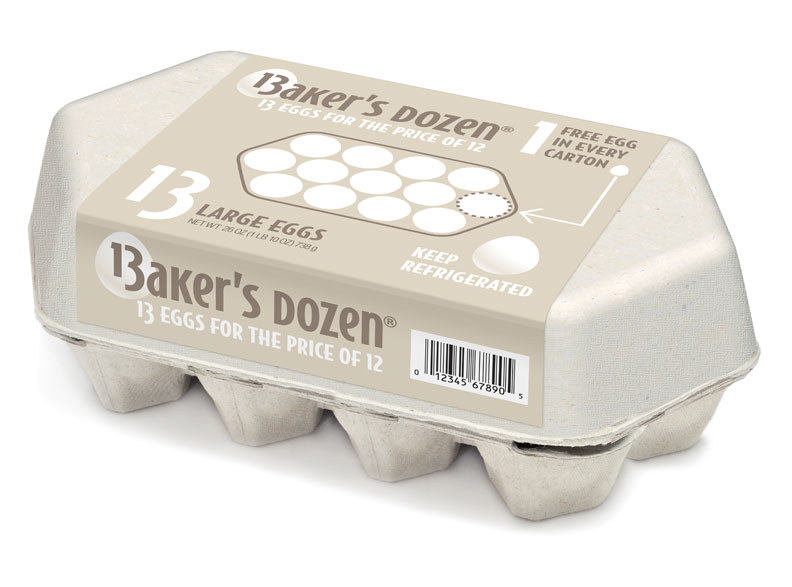 Maybe it was a counter-intuitive response to finding out that my cholesterol levels were slightly elevated. But last year I began to play around with an idea for fitting even more eggs into a carton. The “Baker’s Dozen egg carton” is the result.

This close-packed hexagonal arrangement adds one more egg to the traditional 12-pack, making it a perfect “baker’s dozen.”

I came up with the logo just last week: a typographic “ambiguous illusion” similar to the idea of the Baskin Robbins 31 Flavors logo. Although I do think there’s something a little more self-contained about a baker’s dozen being 13. I mean, someday Baskin Robbins might want to add or take away some flavors. A “baker’s dozen” on the other hand will always be exactly 13. (even if we don’t remember exactly why)

I love polyhedral packaging, but I don’t want to over-sell the space-saving efficiency of close-packing eggs. Yes, technically there are more eggs fitting into less space and yes, the containers, themselves, could close-pack in a similar manner.

The dairy cases at the grocery store, however, will still be rectangular. Even though the eggs inside the carton are packed more efficiently, grocers would probably still line them up like conventional egg cartons, in rectangular rows. In this arrangement, however, the diamond shaped spaces in between our 13-pack cartons could at least serve a modicum of purpose by forming convenient hand-sized gaps between each carton. 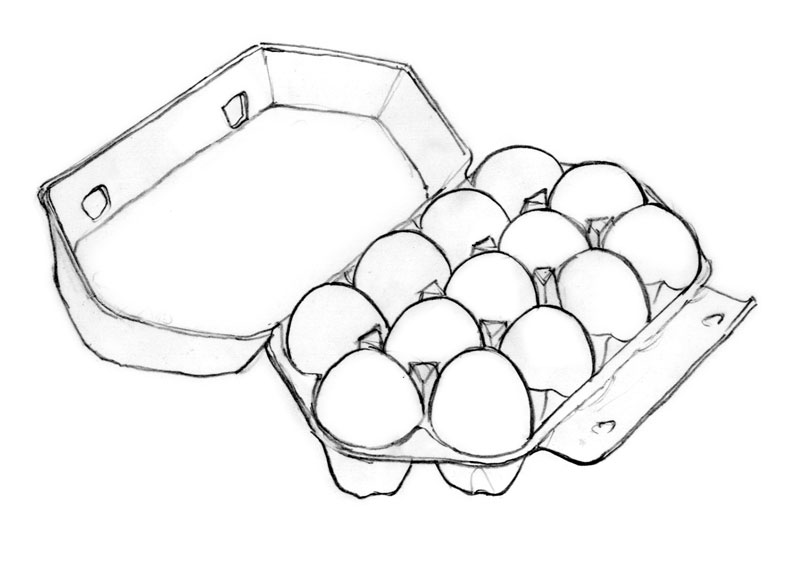 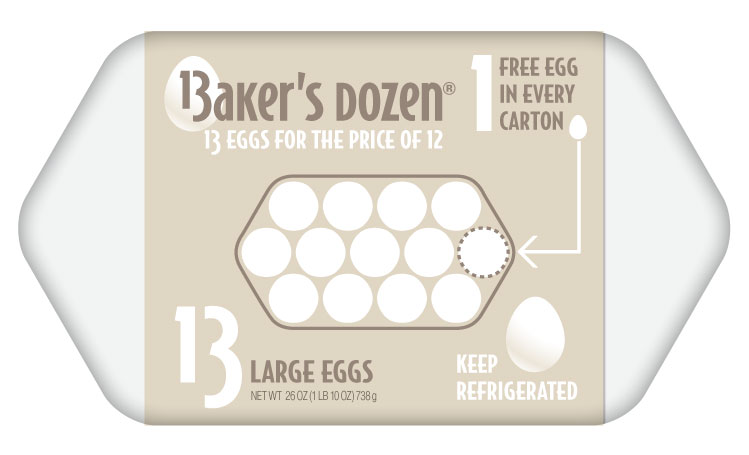 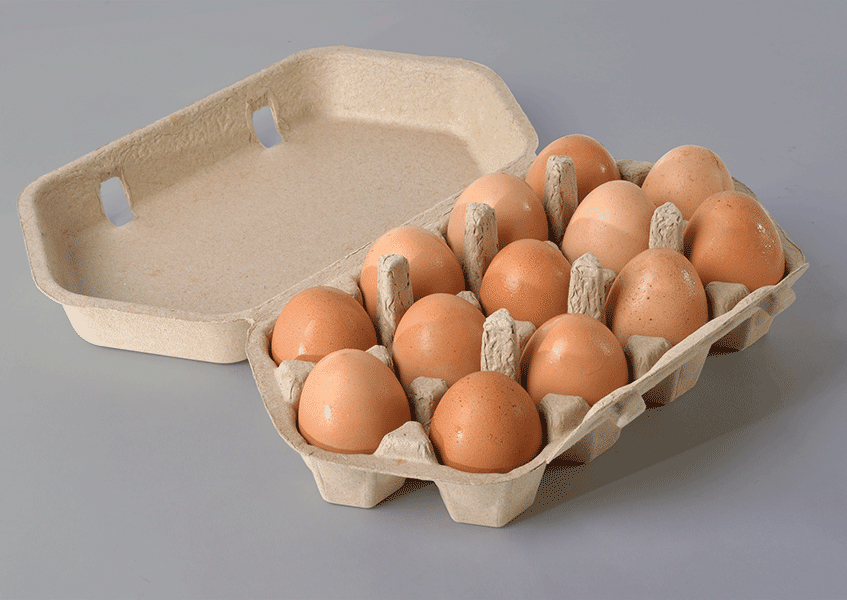 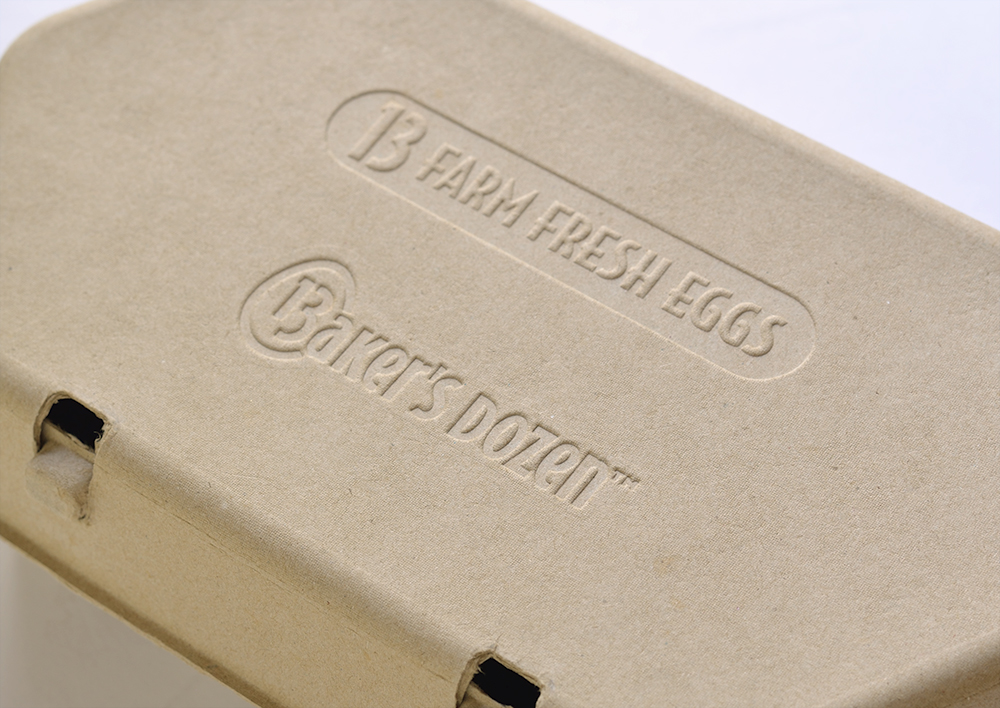 You can now buy them at bakersdozeneggcartons.com