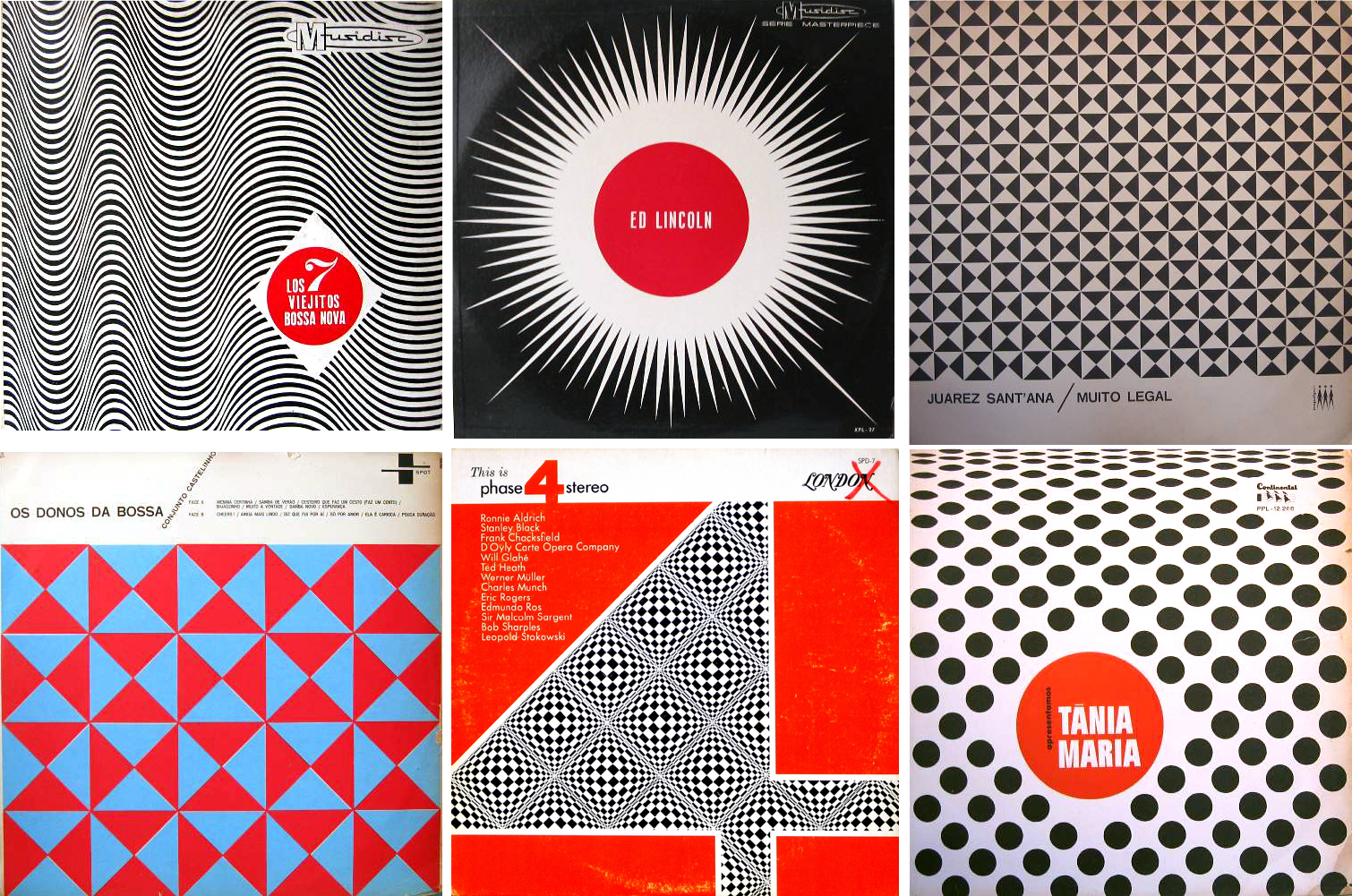 Above: Vintage Brazilian album covers from Sabadaba (via: Martin Klasch), except for the “phase 4 stereo” album which is from Epiclectic’s Flickr Photostream

If manufacturers of the 1960s were generally “trying to give their packaging the Bridget Riley Look”—it was manufacturers of records that exploited this look to its fullest. Not that there is really any one “Bridget Riley Sound” but the rhythm, repetition and pattern in her paintings obviously struck many people as an appropriate visual analogy to a number of different styles of music. Riley, herself, in an early interview spoke of her work in fairly musical terms, saying that “repetition acts as a sort of amplifier.”

Riley who was already plenty dismayed at the appropriation of her paintings by 1960s fashion designers, must have been similarly irritated by this trend. Some covers are obvious imitations. Some are actually reproductions of her paintings. (I wonder if she received a licensing fee for use of her paintings in those cases?) 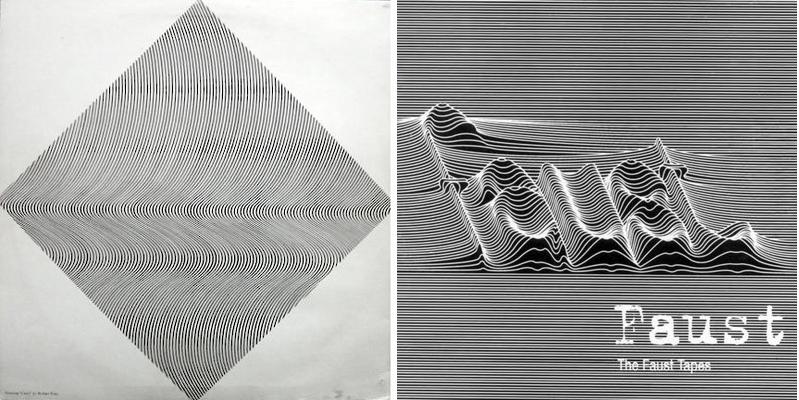 Aside from functioning as a sort of audio-visual parallel universe, many of Riley’s motifs (and op art in general) evoke additional music-related associations. Sound waves. Intensity. Swinging sixties.

For Stefan Sagmeister, this strong tendency to associate “op art” with a specific point in time might be seen as a negative.

From Steven Heller’s 2004 interview with Sagmeister…

Heller: So, what do you think is your most dated looking work, and why?

Sagmeister: Among others, that Marshall Crenshaw CD looks rather old now, because of its holographic printing on the disc (in 1996 this was fresh), its op art patterns as well as the type set in rigid boxes.

If the “Miracle of Science” package looks old, it’s probably not because it reminds us of the 1960s, but because it’s reminiscent of the 1980s. A lot of “new wave” music and fashion was, after all, a reprocessing of sixties styles. (Think: black and white checkerboard, etc.) 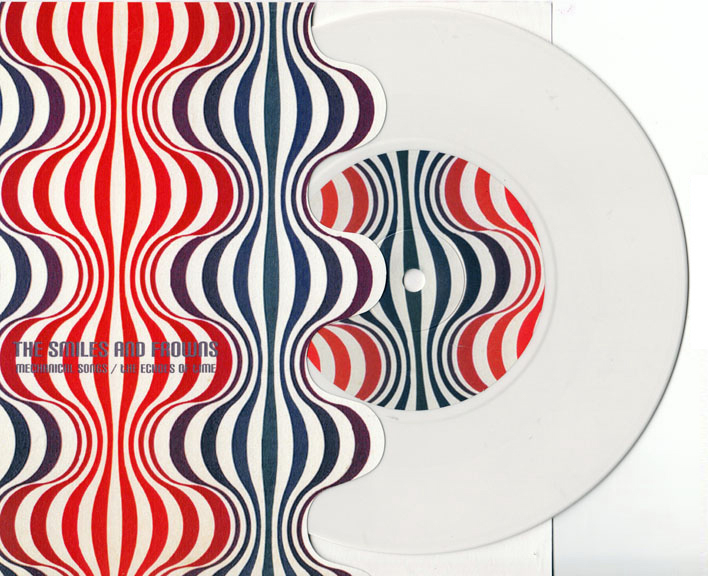 The Smiles and Frowns “Mechanical Songs” 7″ with die cut sleeve (via: The great Pop Supplement)

(The beat goes on, after the fold…)