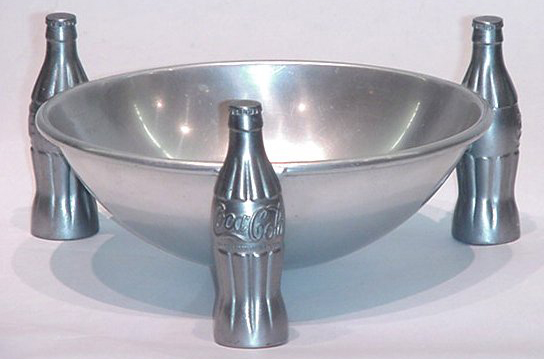 Happened upon this Coca Cola bowl made in 1935 by the Brunhoff Manufacturing Company. Edward Brunhoff founded his Cincinnati-based company in 1890. A prolific inventor, Brunhoff seems to have had an affinity for tobacco shops and point of purchase displays. In addition to a fairly contemporary-looking wire rack spinner and an early cigarette vending device, he also appears to have patented an inordinate number of cigar tip cutters and “change trays.” 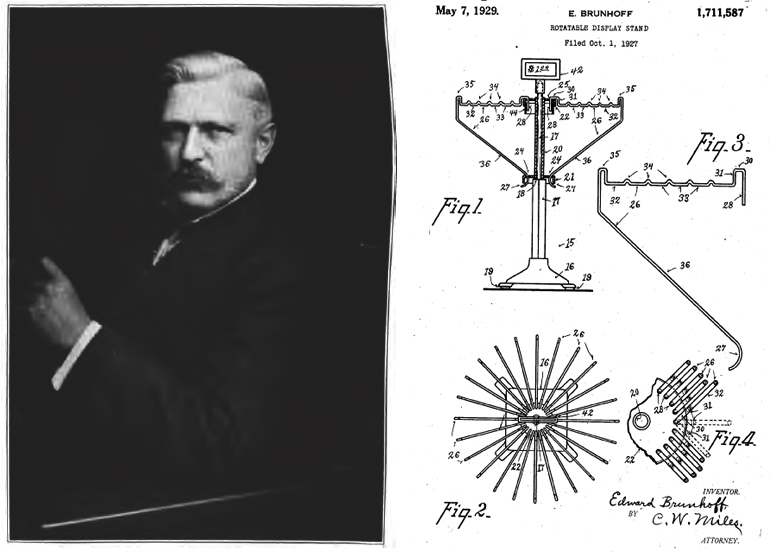 His entry in a volume of important Cincinnati personages, portrays him as a sort of turn-of the-century Man Who Fell to Earth. (He was an alien, but only in the sense of having emigrated from Germany.)

The Brunhoff Manufacturing Company’s products are all original inventions and productions. Its specialty is the manufacture of serviceable and ingenious advertising devices for the counter and show case… In the execution of each order he calls into play marked originality, making a careful study of the business of his patron, its specific needs and requirements, and thus their novelties carry a certain individuality, characteristic of the enterprise they advertise, and fulfill the highest essentials of an advertising medium because they are both unusual and attractive… Unquestionably the development and position of this enterprise must be attributed to the great skill of Mr. Brunhoff, who holds many important patents that he is constantly increasing by the addition of new contrivances, each of which seems to excel its predecessors in ingenuity.

(His cigarette “display and vending apparatus” follows after the jump…) 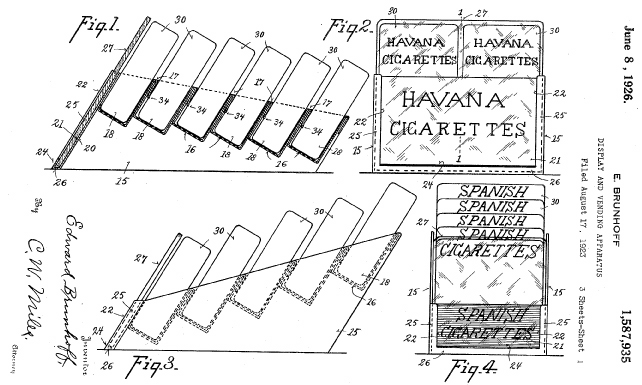