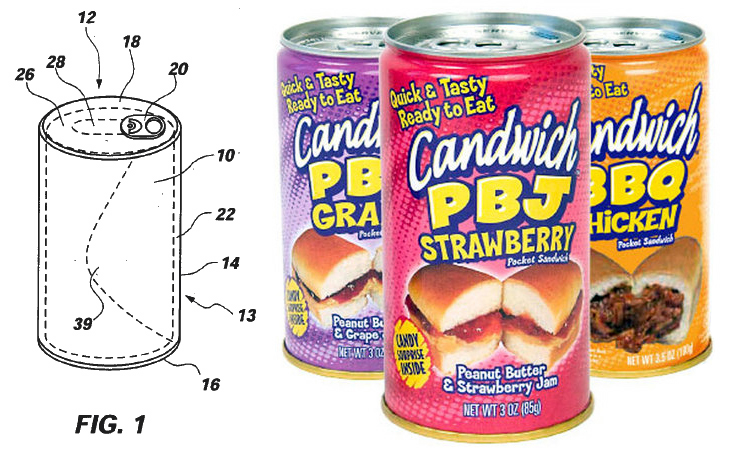 Cross-category packaging in the news this morning:

A lawsuit by the federal Securities and Exchange Commission says that [money manager, Travis L. Wright] promised returns of up to 24 percent on real estate investments, but that he put the money instead into Candwich development and other equally untried ideas.

Mr. Wright, who is 47 and lives in Draper, Utah, according to the suit, did not return telephone calls. Several listings for Waterford Funding were disconnected or not in service.

It’s important to emphasize that it is Mr. Wright, the money manager who is in trouble here—and not the Candwich or its inventor. As the NY Times article goes on to say:

Meanwhile, the Candwich concept perseveres. The president of Mark One Foods, Mark Kirkland, who said he patented the idea of putting solid food in a beverage container with the slogan, “Quick & Tasty, Ready to Eat,” said Mr. Wright promised full financial backing for Candwich production that never really materialized even as investors did. He said he believed that canned sandwiches would ultimately sell, and hoped to go into production later this year.

The shelf life of a Candwich is excellent, Mr. Kirkland said.

I took a look at Kirkland’s patents, and one claim, in particular, made a lot of sense to me: that this type of packaging would enable sandwiches to be sold in beverage-vending machines.

(See the Candwich patent(s), after the fold…)