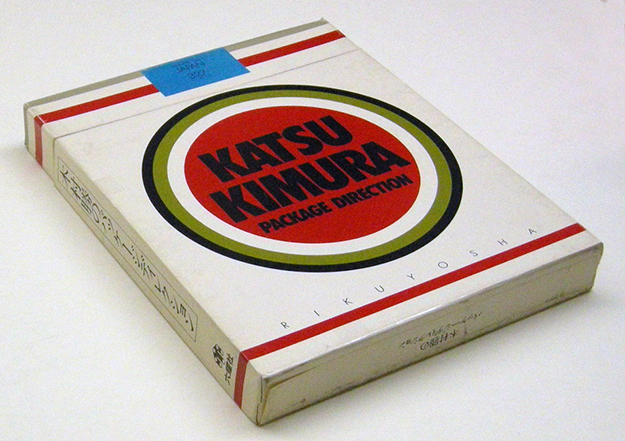 A book designed to resemble a pack of cigarettes. Specifically: Lucky Strike.

The book is Katsu Kimura Package Direction, published in 1980. “At a young age [Katsu Kimura] was impressed by packages brought by the American Occupation forces after World War II and the box to the book is clearly inspired by Lucky Strike cigarettes.” (He founded Packaging Direction Co., Ltd. in 1962.)

Designer Katsu Kimura creates packages that hold nothing but humor— boxes that mimic the things they ought to contain. The banana box here “peels” open to reveal another box. A square “egg” box opens along a crack to reveal a little square yolk box inside. A parody cigarette pack contains little oblong boxes in the form of filter-tips. Perhaps his most playful creation is a Swiss cheese box that is full of holes and looks as if it doesn’t want to contain anything at all.

Liza Crihfield Dalby
All-Japan: the catalogue of everything Japanese, 1984 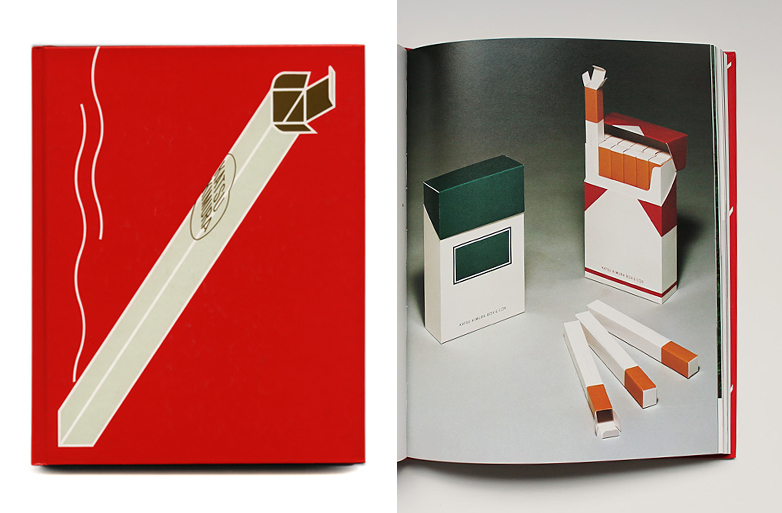 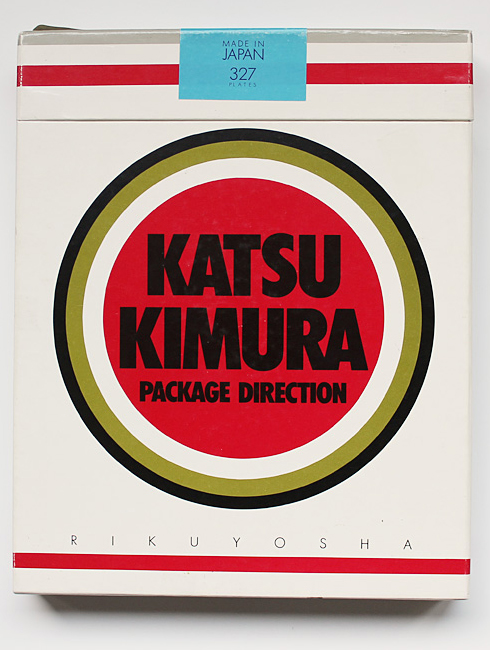 (See also: de Kooning’s Cigarette Brand and a book that resembles a box of Tide and —since we’re in December— Raymond Loewy’s Lucky Strike “Christmas Carton”)