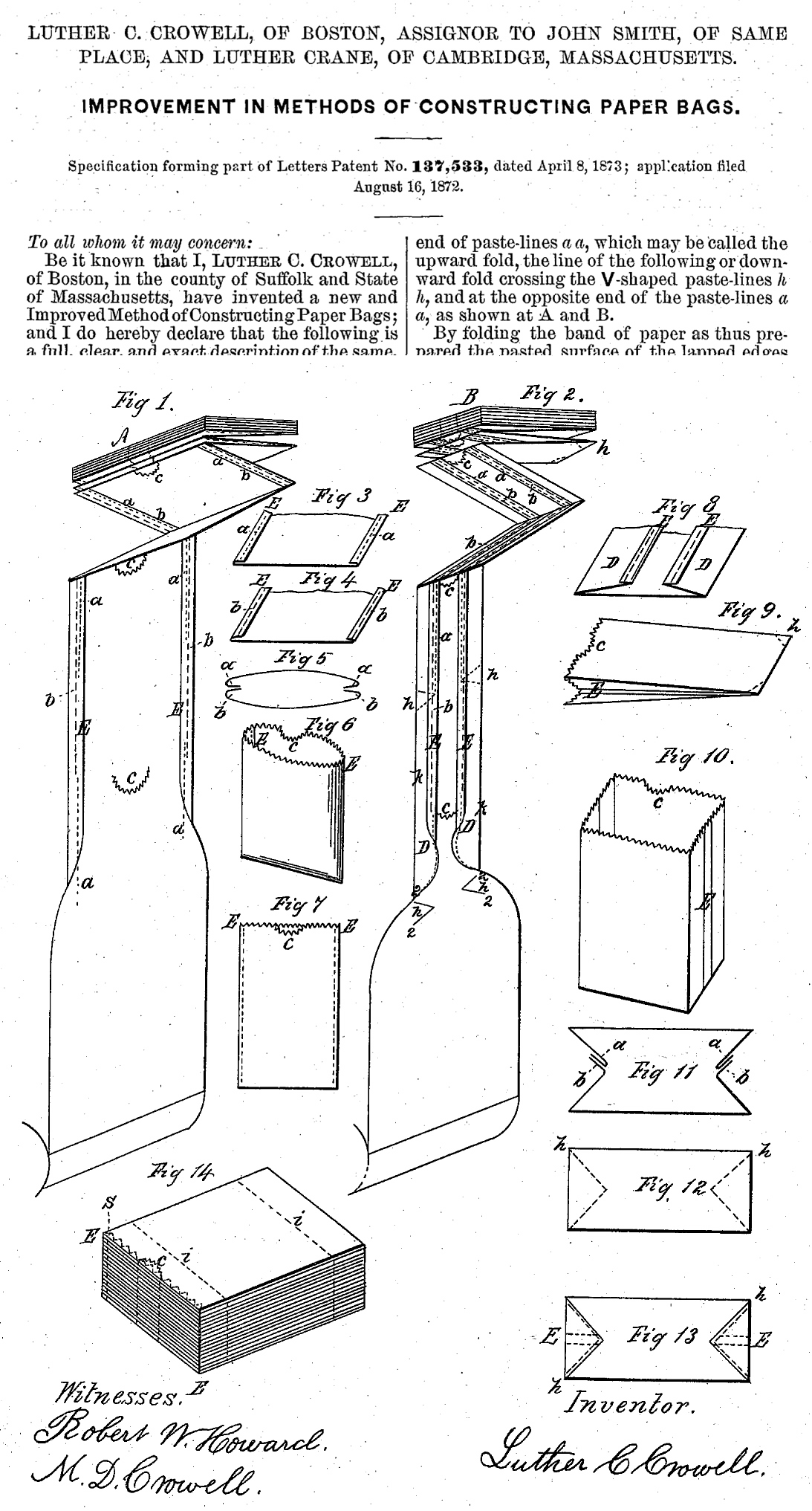 Following the thread of the previous two posts—(about early shopkeeper “packets” and a new bring-your-own-container shop)—leads inexorably to the subject of bags.

Thomas Hine on the invention of the paper bag:

… Historically, paper bags preceded the popularization of the package. In fact, the paper bag, into which the grocer would scoop small quantities of sugar, rice, or other commodities from a big barrel, was what packages had an often difficult time displacing. Still, the introduction of paper bags represented an extremely important transitional step, because they were found to increase sales wherever they were used. It was no longer necessary to bring canisters to the grocery store to be refilled with staple commodities. Paper bags ensured that shoppers could carry home whatever they had bought. By reducing such barriers to purchasing, they acted, in effect, as a lubricant to allow the retailing machine to hum along at a continuous, predictable pace.

(An anthropomorphic flat-bottomed paper bag, after the fold…) 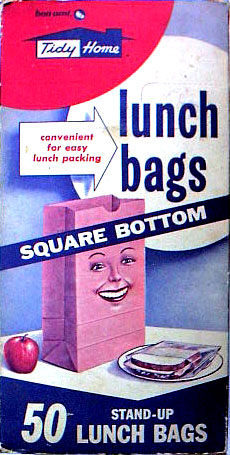