The EZ Color Pak (for Cudahy’s Delrich margarine) and the Pliofilm “Squeeze-Mix” margarine package: two versions of a package that would never have existed except for the strength of the Dairy lobby in getting laws passed that prohibited margarine from being pre-colored to resemble butter. (The loophole being, that consumers could color it themselves.)

Never mind that butter itself was often artificially colored yellow—to make it look more like what it actually was.

Unsalted butter and whipped butter are almost as white as margarine. Should we then make the butter industry pay a tax on white butter, which looks like margarine, in order to be sure that the housewife who wants margarine does not get fooled Into buying butter? …

Oleomargarine: Hearings Before the Committee on Agriculture
House of Representatives, Eighty-first Congress, 1949 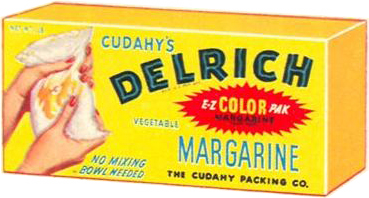 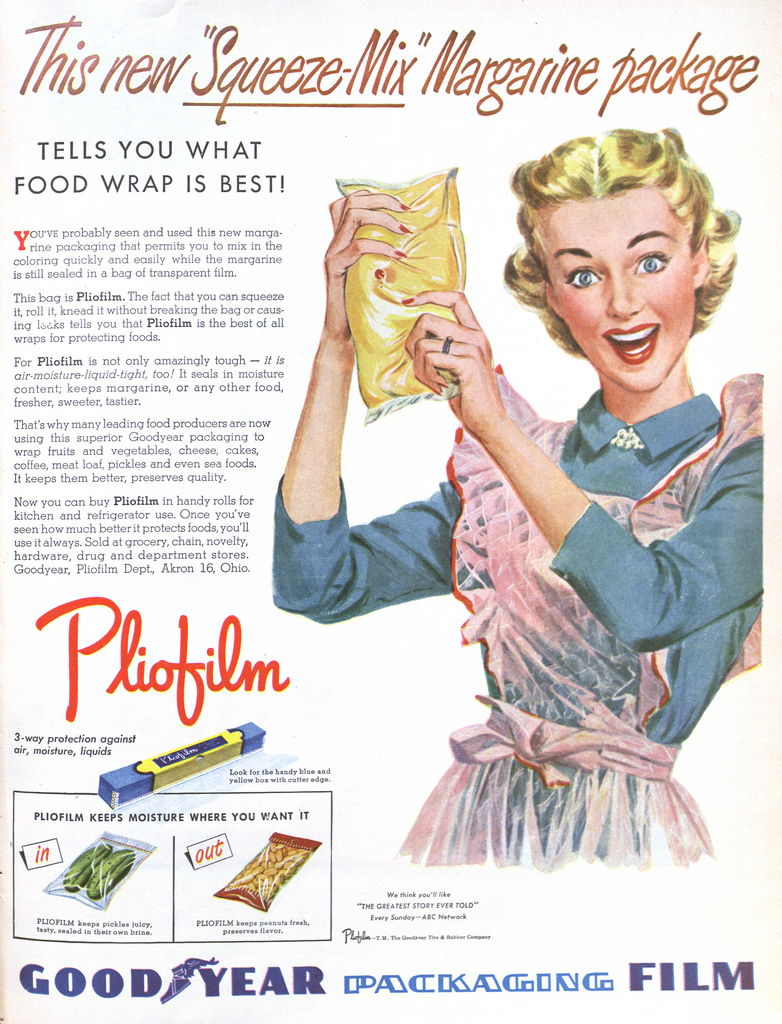 Albert Lowenfels (whose work for Hotel Bar Butter we were just looking at on Monday) while clearly a “butter man” has also defended margarine’s right to be yellow. In 1952 he came out publicly in support of repealing the laws regulating margarine’s color.

(More about Lowenfel’s defense of butter’s chief competitor, after the fold…)

In an article that begins:

When a Butter Man says, “Lift the restrictions on oleo”

At that time, the sale of colored margarine was not legal and the margarine people gave out color pills or put their margarine in squeeze bags so that the consumer could make his margarine yellow. Well, as I took my butter notes I also watched many many people buying margarine. And it struck me that the dairy industry was not fighting the 20-odd manufacturers of margarine any more, but was actually combating housewives who in spite of all the trouble were buying margarine and coloring it themselves.

I felt— and still feel— that this one ad did more to build up good will for our brand of butter than anything we have ever done. I was indeed surprised when within a day the Daily News ran an editorial commenting favorably on this ad.

(I tried, but could not find the ad or the Daily News editorial.)

In a letter to NY’s governor Lowenfel wrote this:

“… some representatives of the farmers’ organizations who battle colored margarine are not only misjudging public opinion, but also are causing ill feeling toward the dairy industry…

Butter is nature’s finest spread and always will be in demand, but I think it’s wrong to make the many housewives who want to buy margarine go through the messy color mixing job as they do now in this state, or send them to nearby states to buy it already colored.”

Of course, there was also something novel and interactive about a package that asks the consumer to “pinch the color berry” and “knead the bag.” 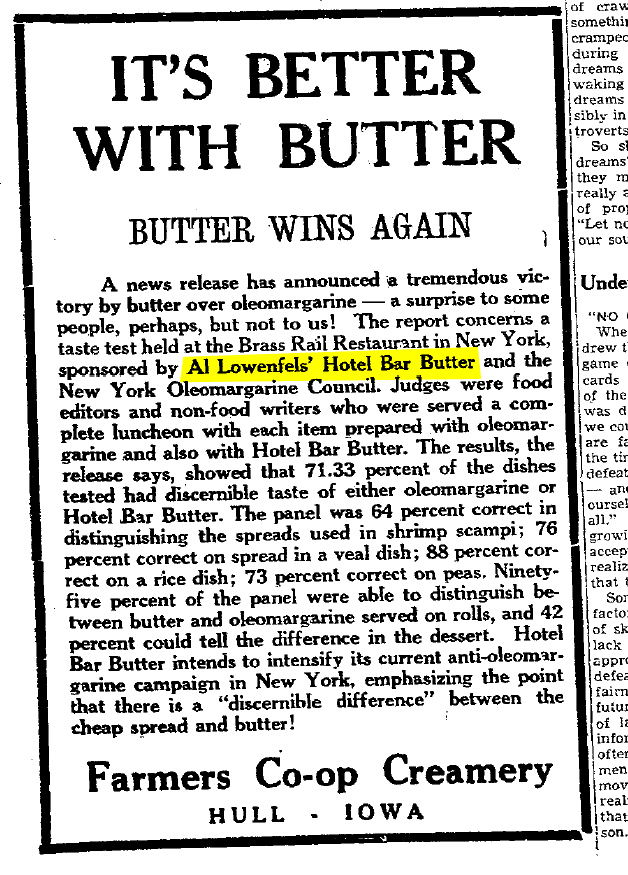 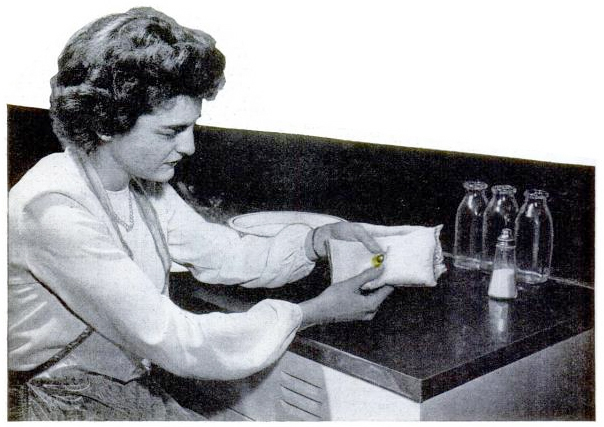