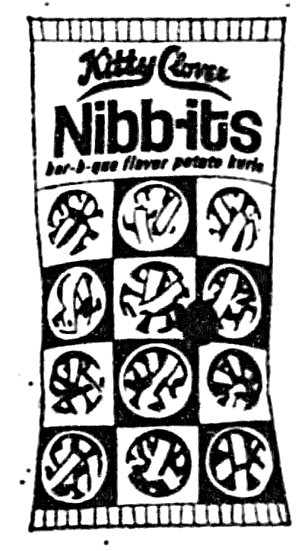 From a 1968 issue of Potato Chipper magazine:

NEW CHIPS IN PORTHOLES: Kelly Food Products, Inc., of Decatur, 111., has just launched these cheese and. bar-b-que flavor potato “kurls” described by the maker as the only snack of its kind. The fluffy light strips with a curl are made under license from the Nibb-It Corporation of America, Los Angeles, and are sold under the name “Nibb-its.” Kelly is selling the snack in midwestern supermarkets and grocery stores in 3/4%- ounce and 3%-ounce packs. The package design, patented by Nibb-It. showcases the treat in eleven clear porthole windows that dominate the package surface.

Okay. I just found it. Not a design patent, but a trademark — the Nibb-its “circles & squares” design.

“Nibb-it” apparently licensed their snack and its trademark bag design to a number companies. These images happen to be “Kitty Clover” brand but there’s also evidence of the same Nibb-its logo and the same basic “portholes” package design being used by Kelly Food Products, Cain’s, etc.

While I can’t say for certain, I’m wondering if this is the same Nibb-its snack food bag that Doris Gianninoto is credited with art directing for Bell Brands Foods in the 1966 issue of Journal of the American Institute of Graphic Arts.

Frank Gianninoto was apparently married five times, and one of those five wives was the German-born Doris who worked along side of her husband in the sixties at Frank Gianninoto and Associates. 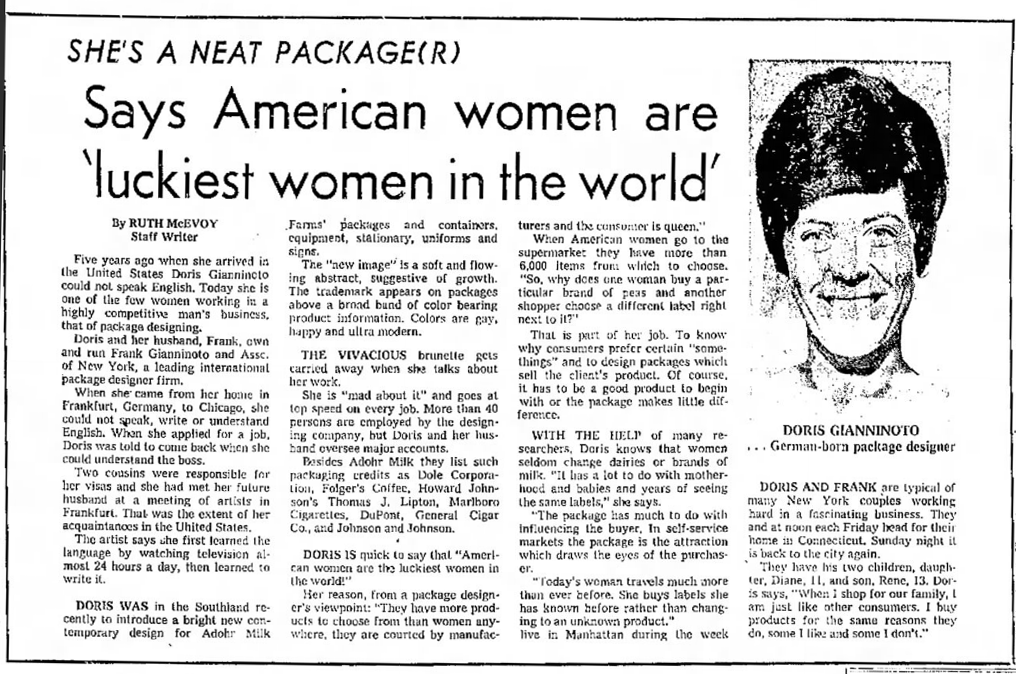 With its inadvertent sixties sexism, the 1967 article about her above, reads like an episode of Mad Men…

The vivacious brunette gets carried away when she talks about her work.

She is “mad about it” and goes at top speed on every job. More than 40 persons are employed by the designing company, but Doris and her husband oversee major accounts…

Doris is quick to say that “American women are the luckiest women in the world!”

Her reason, from a package designer’s viewpoint: “They have more products to choose from than women anywhere. They are courted by manufacturers and the consumer is queen.”

(Some 1960s Nibb-its advertising, after the fold…) 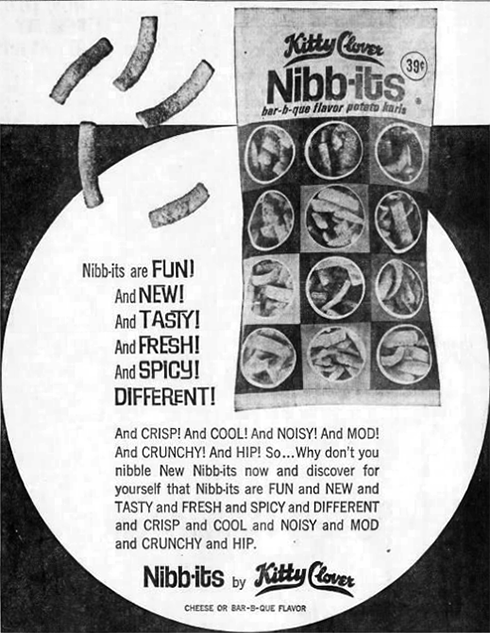 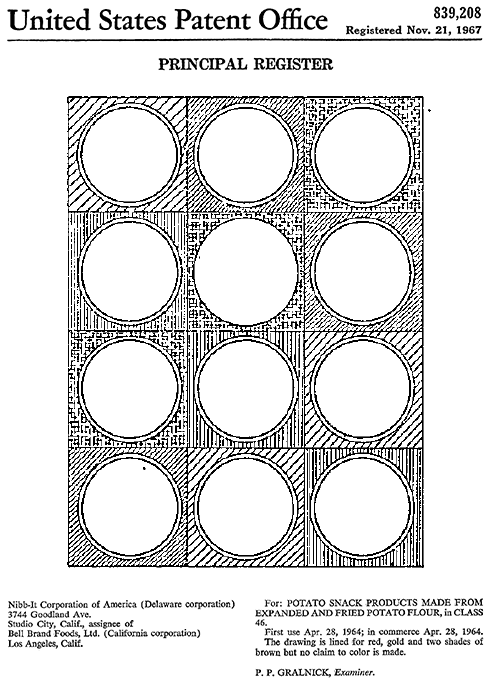 I tried, but failed to find color images of the “portholes” package. The Nibb-its logo, however, is still being used on label stickers for snack bag packaging in Hawaii, at least. 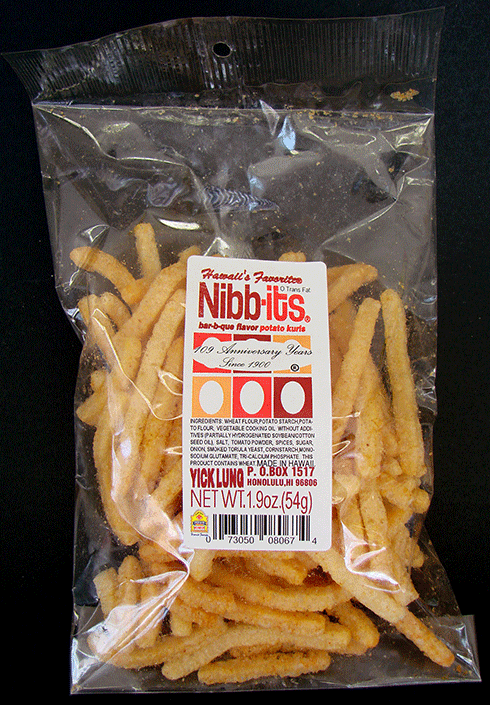