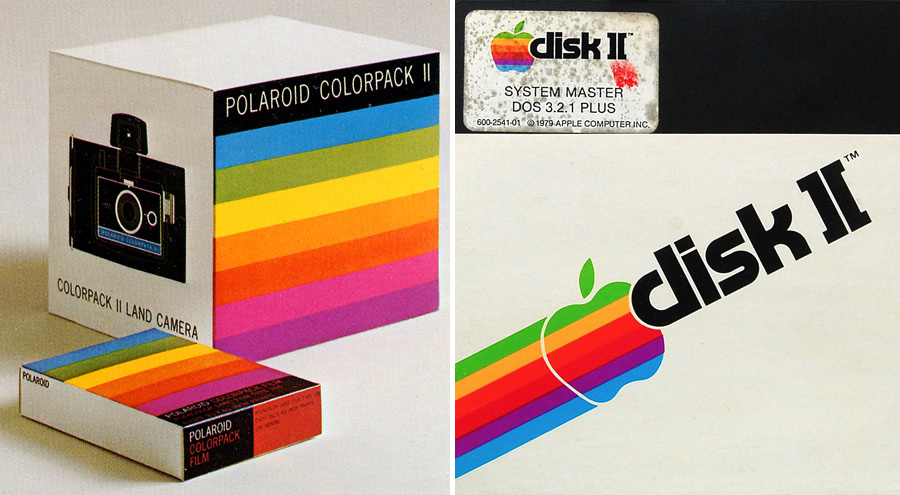 We’ve already focused on multicolored product lines and their effectiveness in product differentiation when displayed all together, but just recently it occurred to me that there was another kind of rainbow packaging in which all the refracted colors come together in a singular package design.

Rainbow stripes as a packaging motif, probably reached their peak in the 1970s, although they really got started in 1968 with Paul Giambarba’s spectral branding for Polaroid:

“The original color stripes were to differentiate between the new Type 108 Colorpack Film and the gray color stripes that identified Type 107 black and white film.”

Apple used a similar sequence of colored stripes in spectral order for the second incarnation of their logo in 1977. Asked whether the rainbow colors were a reference to “hippy” culture, logo designer, Rob Janoff said, “Partially it was a really big influence. Both Steve and I came from that place, but the real solid reason for the stripes was that the Apple II was the first home or personal computer that could reproduce images on the monitor in color.”

So in each case (Polaroid’s color film and Apple’s color monitor) the rainbow stripes are meant to convey the color capabilities of the product. Their founders —Polaroid’s Edwin Land and Apple’s Steve Jobs— have also been compared and found to be similar in some ways. (See Forbes article: What Steve Jobs Learned From Edwin Land of Polaroid)

Giambarba’s package design for Polaroid explored the geometric possibilities of the company’s rainbow stripe motif in some depth for nearly two decades. 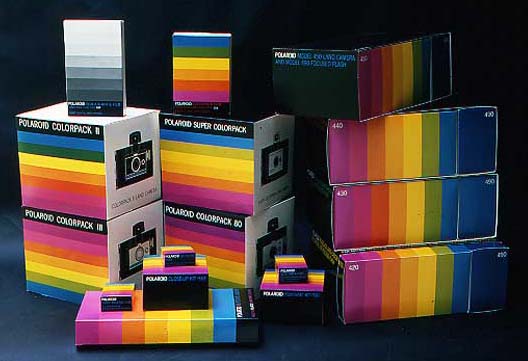 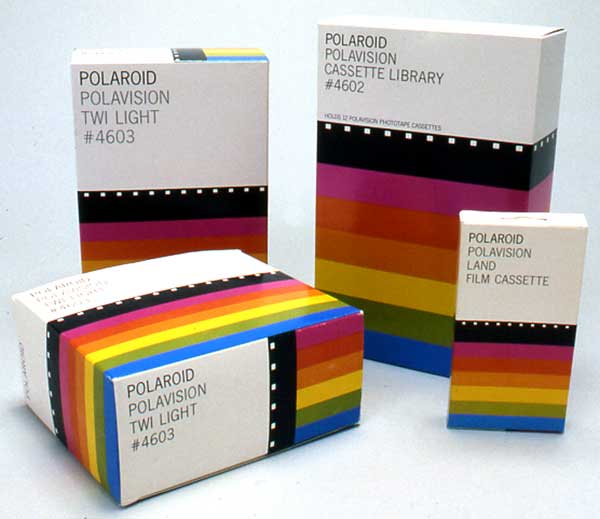 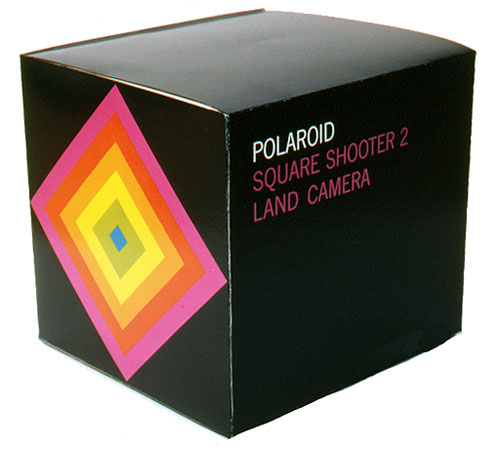 Most of Giambarba’s designs displayed well, and some used the trick of wrapping shapes around corners to achieve completion when displayed. (See: The Incomplete Package: Part of a Larger Whole) 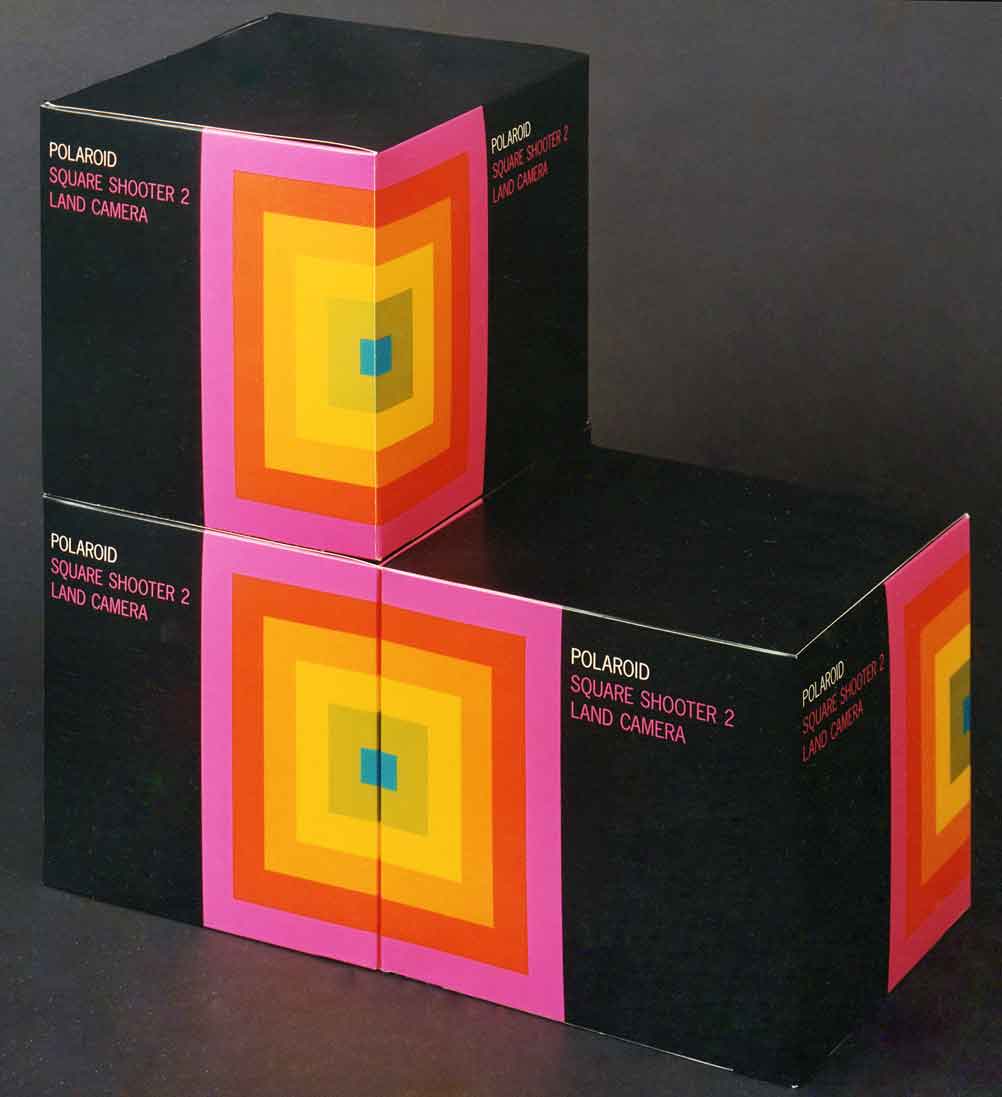 While Giambarba’s rainbow striped branding may have preceded Apple’s, there were also other rainbow-striped cultural influences which may have played a role. 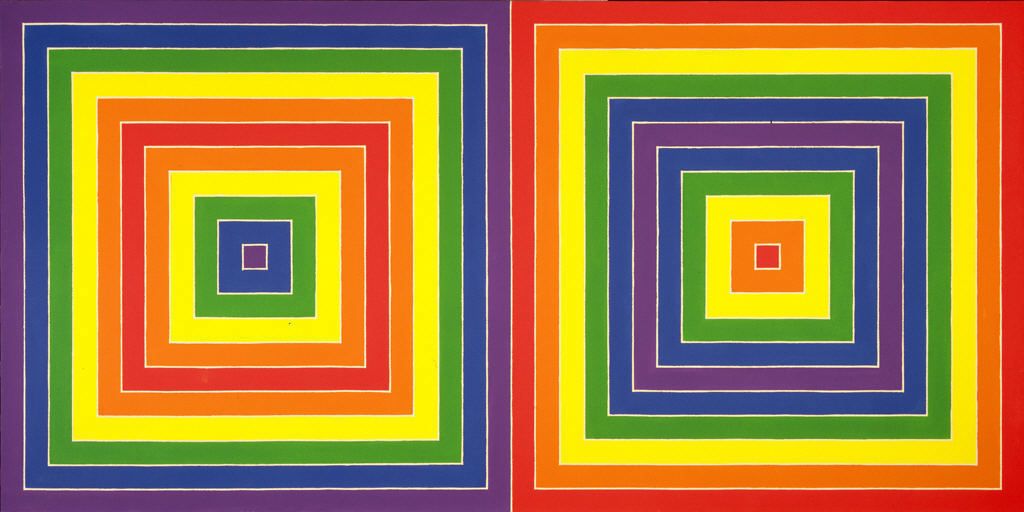 While Apple’s stripes were usually confined to the just the Apple logo, sometimes the rainbow extended further, as with this “disk II” floppy disk sleeve and the Apple disk II drive included a rainbow ribbon cable.

While spectral order is specific there are choices about where to start and stop.

Polaroid earliest rainbow packages positioned the blue band at the top, which gave the design an abstract landscape aspect—as if the blue were sky.

Apple logo was design so that the green band is at top, obviously to correspond with the logo’s leaf.

In these two examples below the concentric circles put red at the center and work outwards towards blue—making their rainbows represent of the sun. 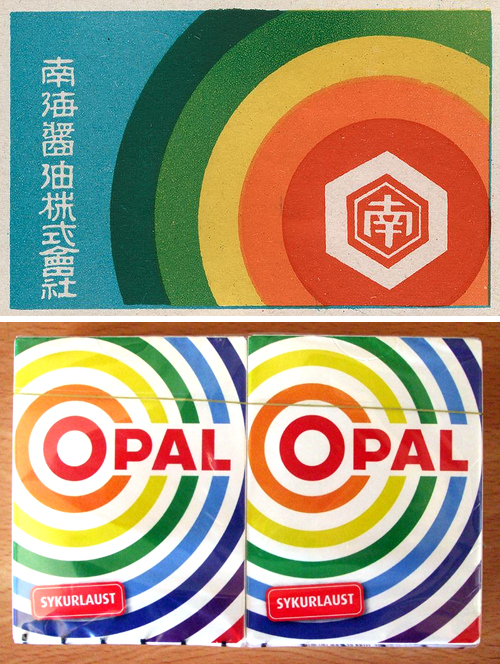 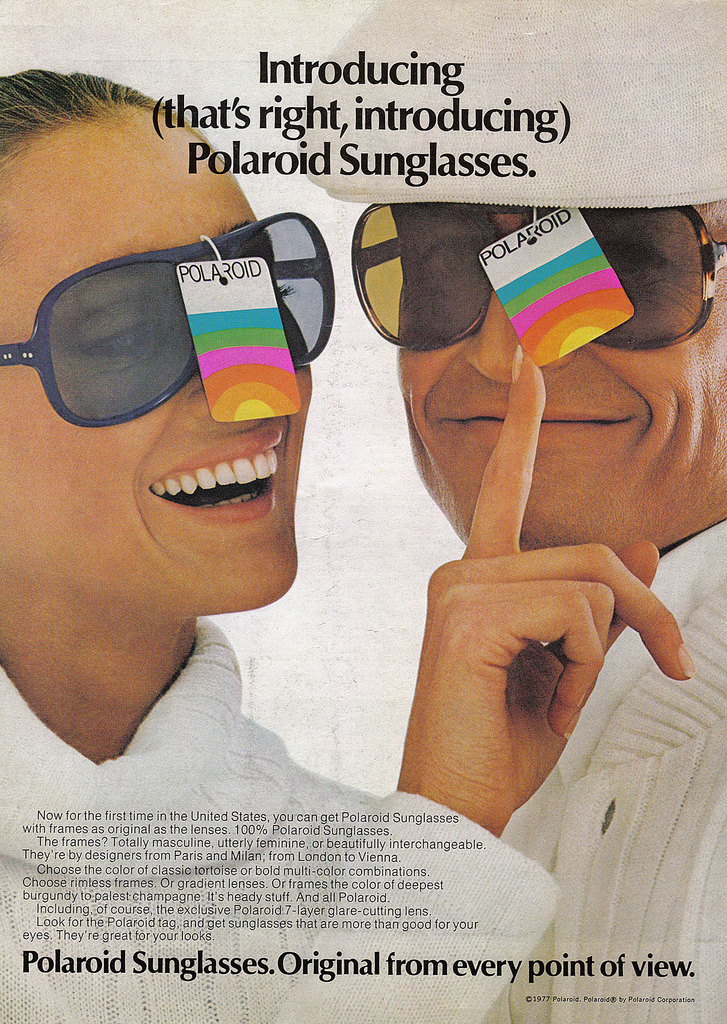 This 1977 Polaroid Sunglasses ad shows a nice hangtag design that also references the sun, although here they cheat on the spectral order, starting with yellow at the center and ending at blue, but allowing non-consecutive, contrasting colors (magenta and green) to be adjacent. (I’m just saying.)