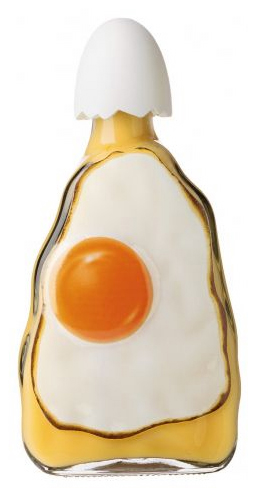 Having this week become a clearing house for egg-shaped packaging, I should also mention this surprising example: the Spiegelei Eierlikör fried egg bottle.

Goofy though this novelty package may be, in one respect it’s quite understated. Where is the branding? Where is the product name and the logo? It turns out, the bottle’s lack of typography is actually a feature and selling point. Spiegelei Eierlikör’s tag-line? “The eggnog without the words.”

Far-fetched as it may sound, Behn’s appears to be taking the tasteful, no-logo, decorator package approach. As if to say: our customers don’t require crass advertising. If you are a member of Spiegelei Eierlikör’s exclusive clientele, you see the iconic fried-egg bottle and you just know. 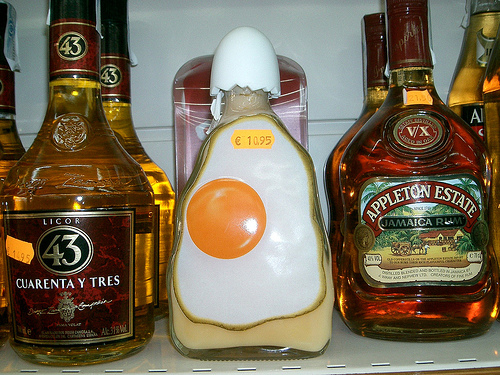 A photo of Spiegelei Eierlikör for sale in context from here 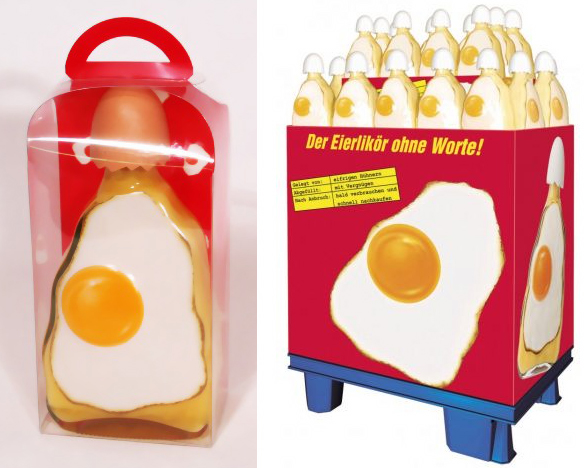 On left: Spiegelei Eierlikör bottle in plastic carry-pack; on right a proposed store display with tag-line: (translated) “The eggnog without the words”