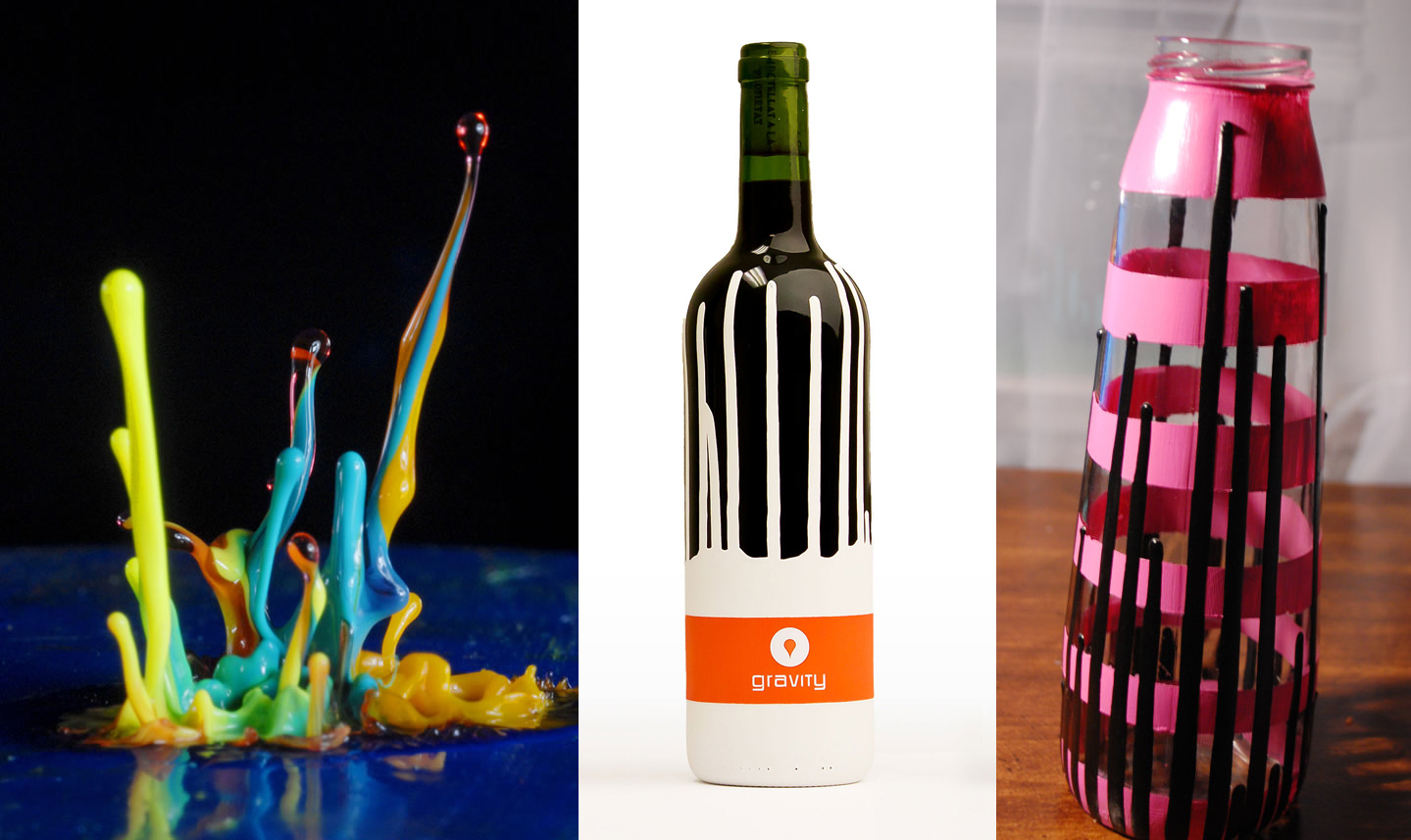 On left: one of Linden Gledhill’s photographs of paint reacting to sound vibrations; center: Patrick Hill’s “Gravity Wine” package design concept; on right: a painted jar from an Etsy listing (now down, but the same object appears on majama29’s Flickr Photostream)

I’m no economist, but I always suspected that being wealthy didn’t automatically make someone a “job creator” and I wondered whether the whole “trickle-down” theory of economics might not make a lot more sense the other way round.

As it turns out, there is a “trickle-up” theory:

The trickle up effect argues itself as more effective than the trickle down effect because people who have less tend to buy more. In other words, the poor are more inclined than the wealthy to spend their money. This being so, proponents of the trickle up effect believe that if the lower and lower-middle classes are given benefits, such as tax breaks or subsidies, the increased funds would be spent at a much higher rate than would the upper class, given similar fund increases. Furthermore, the trickle up effect argues, many upper-class individuals do not spend their entire yearly salary to begin with, which is an indication that they will not spend any additional funds. Instead, they will save additional funds, thereby withholding those funds from the economy and increasing the gap between the rich and the poor.

Wikipedia’s Entry on The Trickle Up Effect 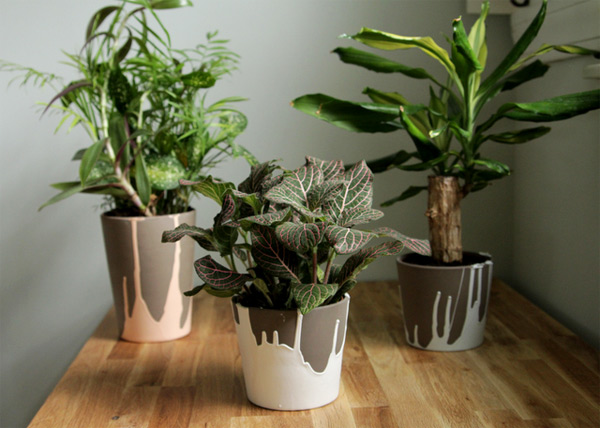 (More trickle-up imagery, after the fold…) 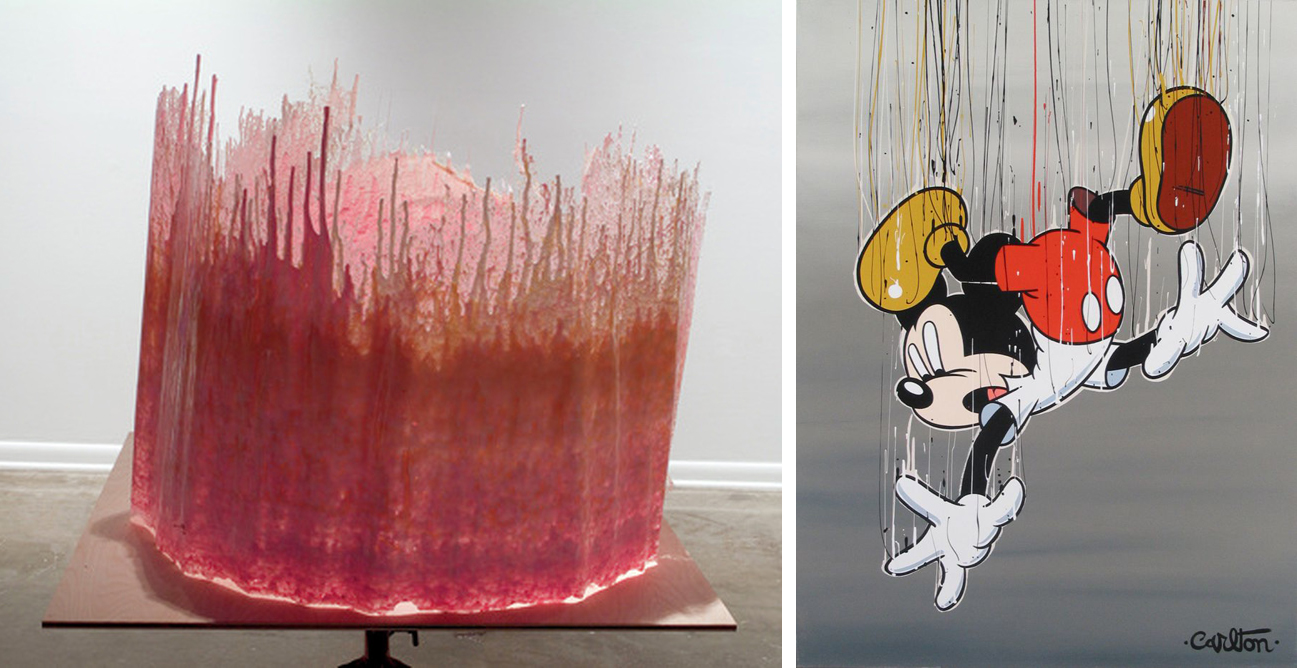 On left: “Agitator By Product” polyurethane plastic sculpture by Christian Tedeschi, 2005; on right: “Look Out below” painting by Trevor Carlton 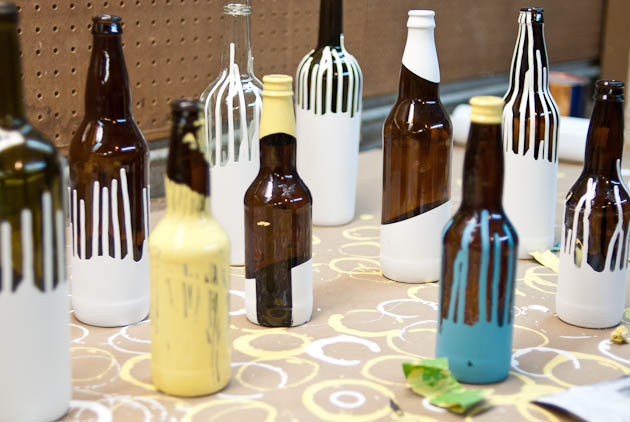