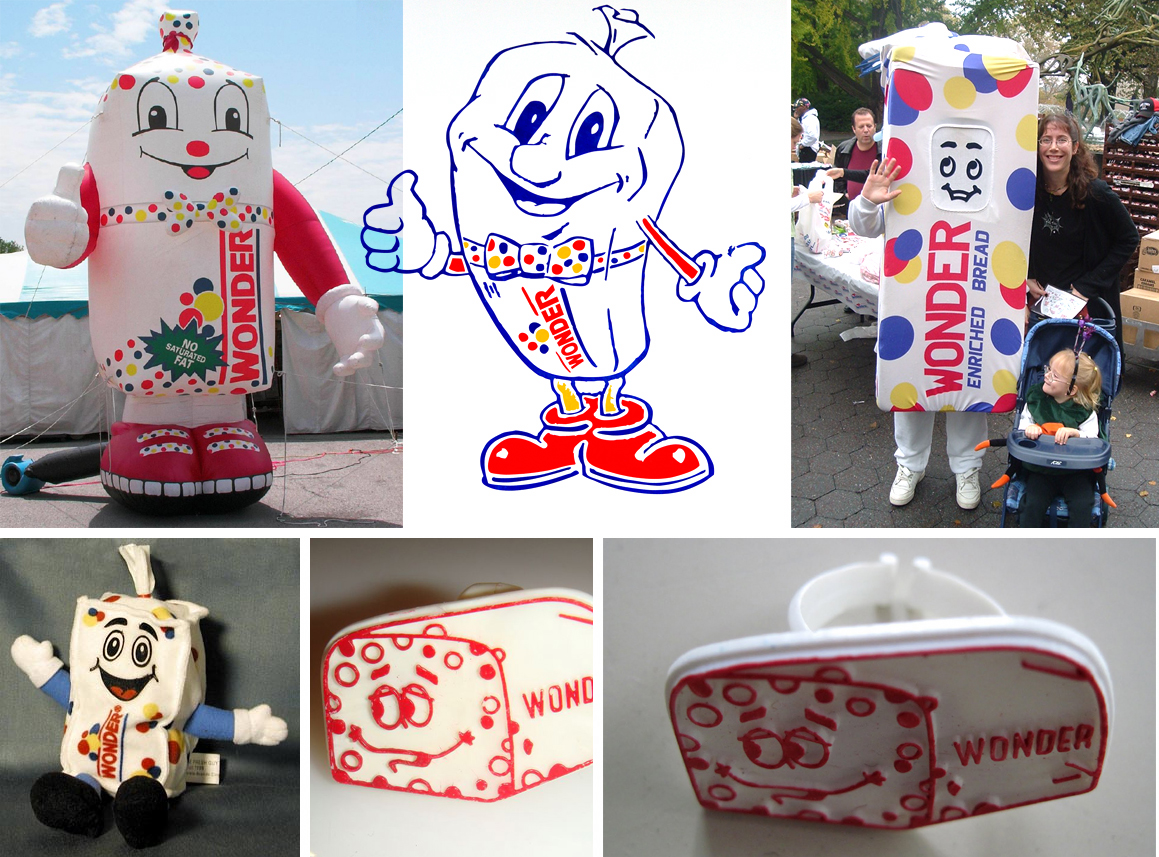 In earlier versions of Wonder Bread’s anthropomorphic mascot—“Freddy, the Fresh Guy”—he is clearly a full-fledged anthropomorphic package—a loaf of bread in a branded bread bag. (In later versions he seems like a single slice of bread.)

Regarding the different outfits, my sense is that the Freddy with the bow tie is the earliest—(as in the upper center photo from Thomas Hawk’s Flickr Photostream)—but I could be wrong about that.

The upper right photo from Ken B. Miller’s Flickr Photostream shows a costumed mascot in 2004 at the Philadelphia Zoo.

There were a number of anthro-pack premiums created, including the 1998 limited edition Freddy the Fresh Guy plush toy and the ring premium. (ring photos from Ruby Lane and from Tracy’s Toys)…

And along with the Fresh Guy antho-pack, there are also consumer costumes allowing one to inhabit a Wonder Bread persona… 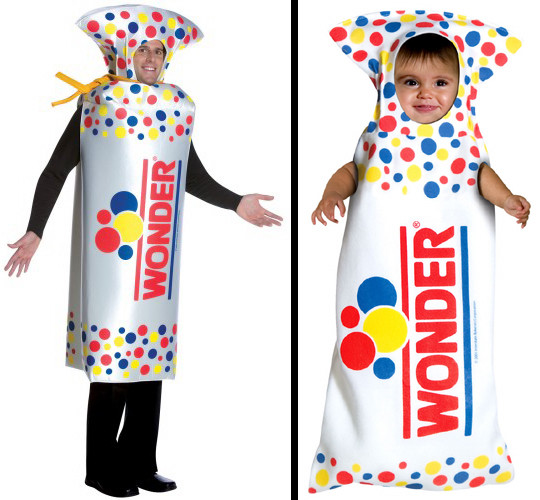 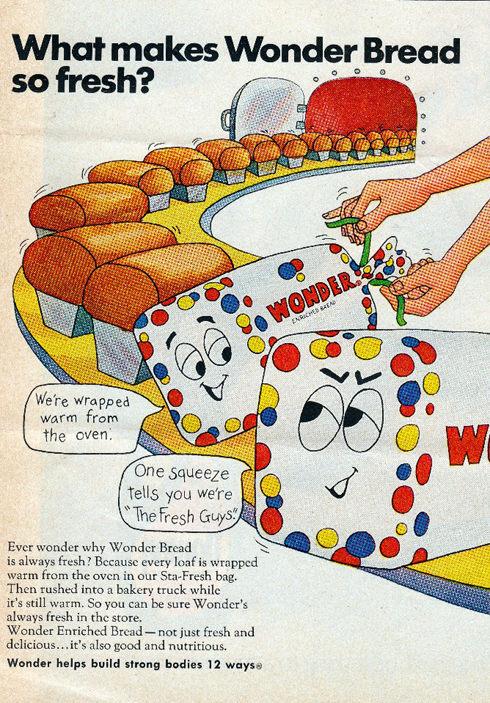