(More of Thierry Delva’s packaging-related sculptures, after the fold…) 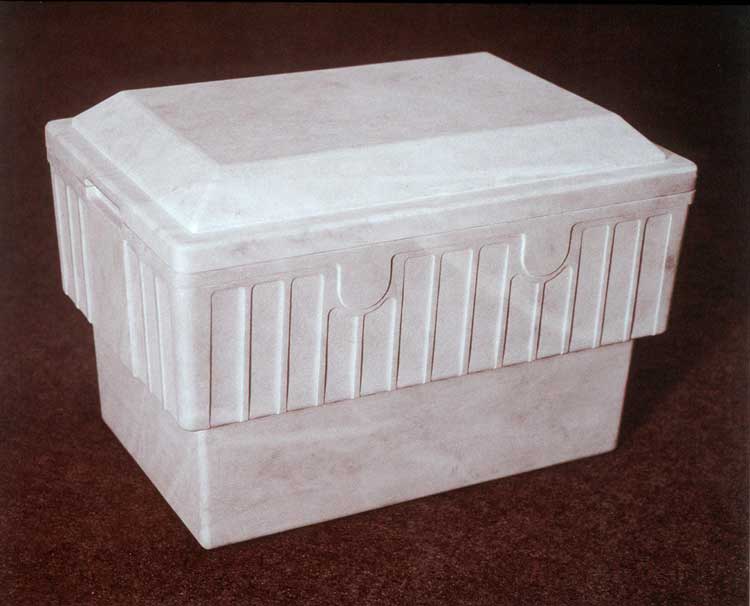 For the past several years Thierry Delva has been making finely
detailed, full-size (one-to-one ratio) representations of prosaic
objects in such materials as granite, marble and sandstone. Two of his
three works in this show continue that practice, while one is somewhat
of a departure. The departure consists of forty cast-plaster egg
cartons, stacked in a four-foot column. 48 Dozen manages to refer to
both architecture and the body (classic sculptural concerns), while
remaining resolutely what it is—a record of the space once occupied by
cardboard packaging… Cooler, a white marble carving of a Styrofoam
cooler, is an exact reproduction, hollow with a removable lid. 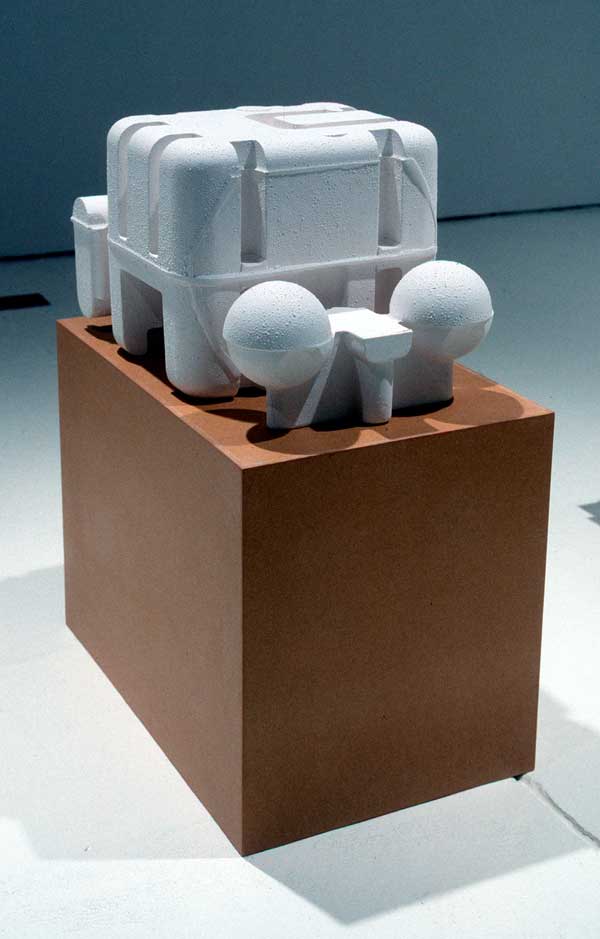 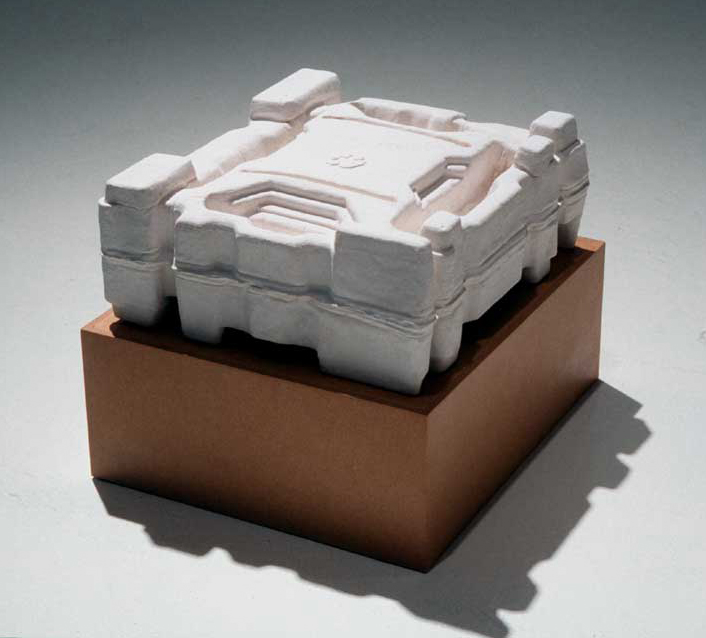 “Electronic Models” consisted of plaster casts made of the interior of boxes from which fax machines, computers, cell phones, VCRs and other consumer electronics have been removed. The commodity having been extracted, the styrofoam and cardboard inserts were re-inserted and the boxes filled with hydrocal plaster. Each plaster cast sits on a plinth made of MDF, constructed to the exact dimensions of the cardboard box that contained the ghost of the sculptural piece now set upon it.